Do You Even Lift?

The U.S. Under-18 Men’s National Team finished its third day in Russia with its first team strength training session of the trip in the team hotel.

A highly regimented strength and conditioning program is a staple of USA Hockey’s National Team Development Program, where all the players competed during the 2017-18 season.

The team was split into three groups which cycled through the 30-minute session. 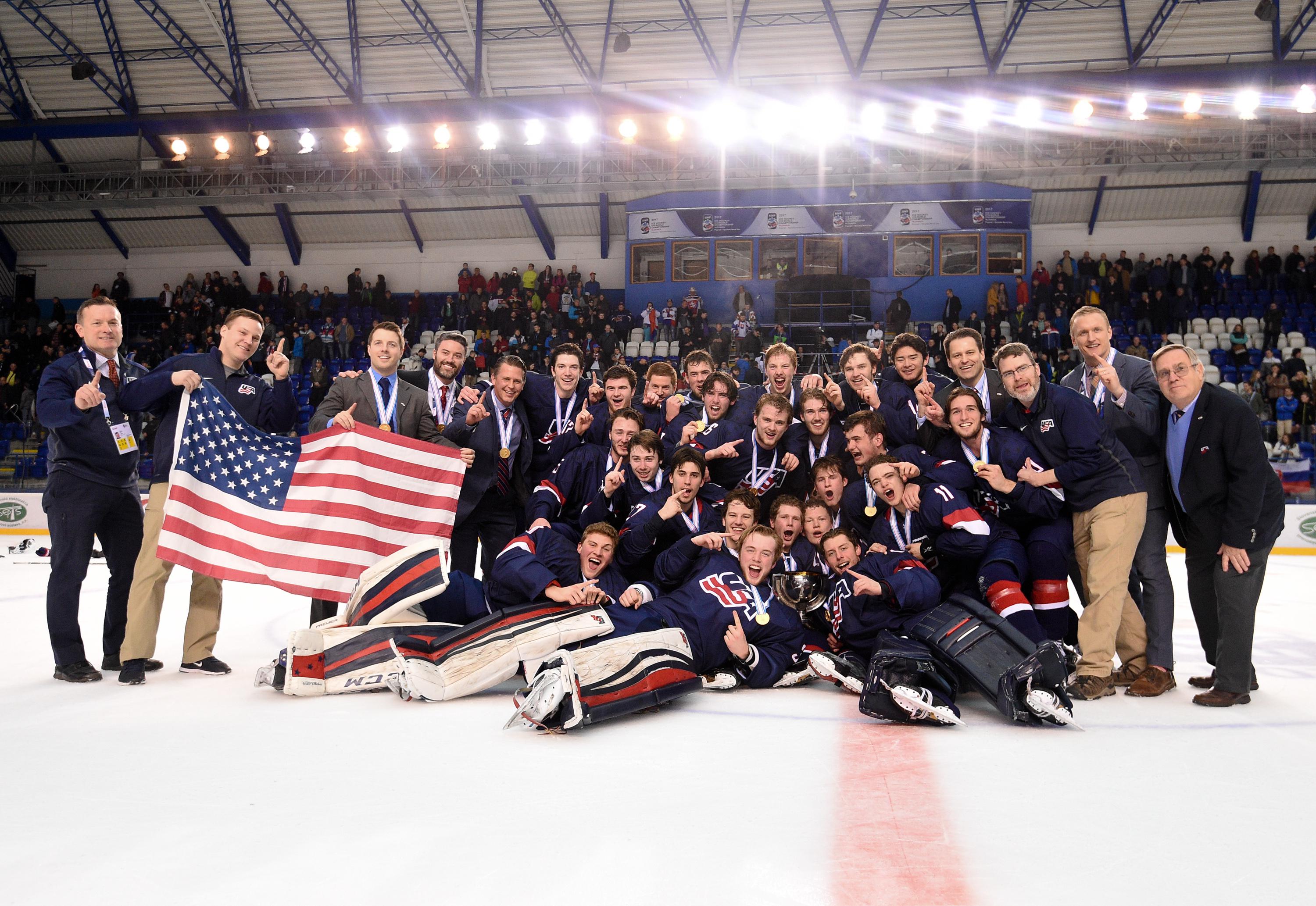 In the quarterfinal matchup with Switzerland, Josh Norris (Oxford, Mich./University of Michigan) scored the game-winning goal with 3:17 left in regulation for Team USA in the 4-2 quarterfinal victory. U.S. goaltender Dylan St. Cyr (Northville, Mich./University of Notre Dame) earned his fifth victory of the tournament by making 15 saves on 17 shots.

In a semifinal rematch with Sweden it was forward Sean Dhooghe (Aurora, Ill./University of Wisconsin) who scored the game-winning goal with :21 remaining in overtime to give Team USA a 4-3 victory.