The exhibition matchup against France marked the last team activity for Team USA in Chelyabinsk. Tomorrow the team will load up its gear and make the four hour trip to Magnitogorsk to settle in before the first preliminary round game against Canada on Thursday (April 19). The U.S. will all its preliminary round matchups at Metallurg Arena in Magnitogorsk.

This marked the first matchup between the two countries at the Under-18 level.

“In the second and third period I thought we played honest hard hockey and we did the things we needed to do to match up with the elite teams in this tournament,” said head coach Seth Appert (Cottage Grove, Minn.). 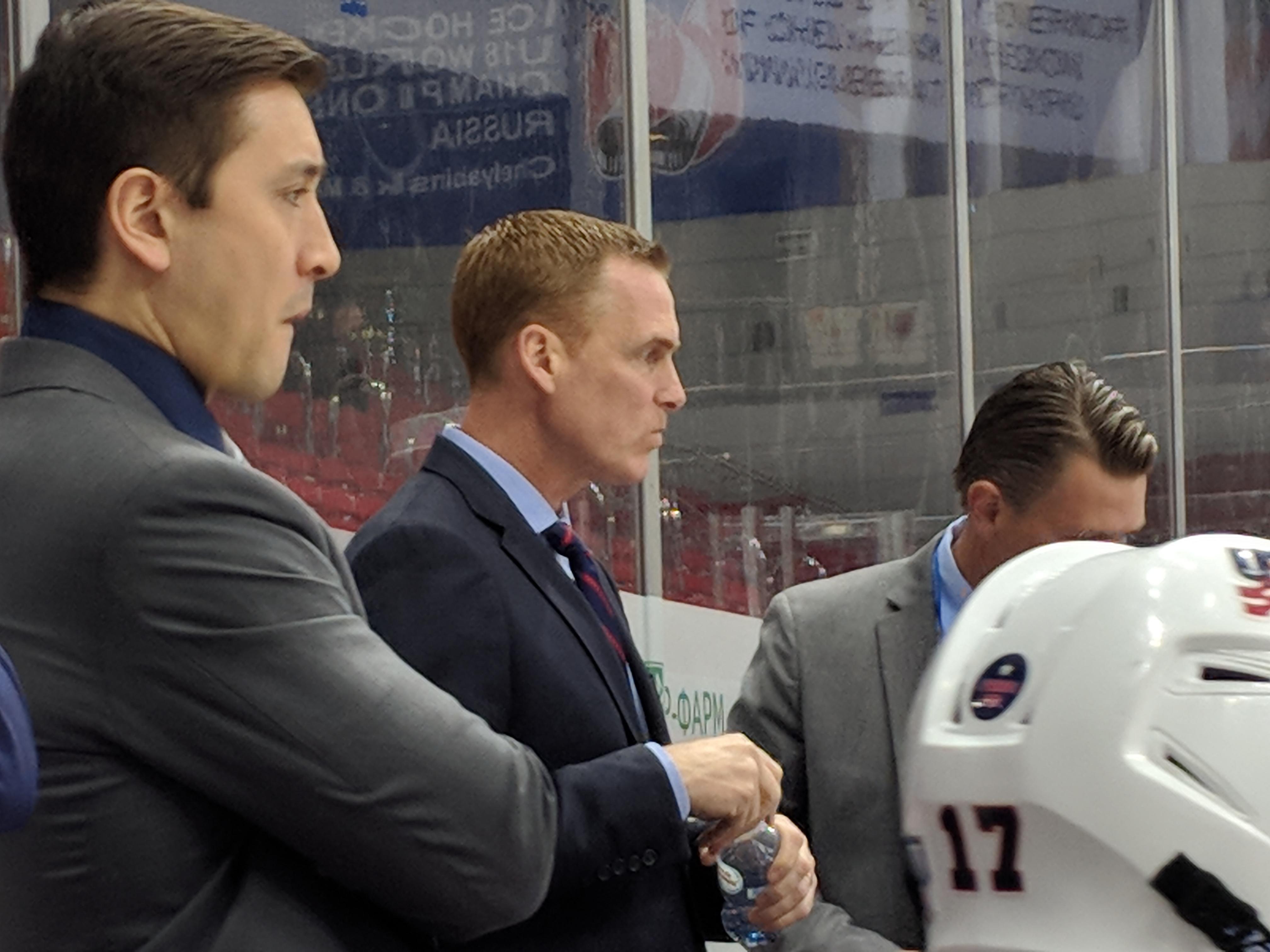 He recently completed his 24th season as head coach of the Quinnipiac University men’s hockey team. Under Pecknold’s leadership, Quinnipiac has reached the NCAA Tournament in four of the previous six seasons, including appearances in the NCAA Frozen Four and national championship game in 2013 and 2016. After leading the Bobcats to a 32-4-7 record in 2016, he was named the Spencer Penrose National Coach of the Year.