“The pick of Mattias as our captain became extremely evident as time has gone on,” said Seth Appert, head coach of the 2018 U.S. Under-18 Men's National Team. “He has so much respect in that room because of the way he treats his teammates, how he goes about his business and because of his high-caliber play.”

“The players chosen as the assistant captains define the identity of our team. As a team we want to play with a lot of passion, play hard, play unselfish hockey and these guys are great examples of bringing all of this to the team on a daily basis.”

Emberson and Giles will wear the "A" when Team USA wears its white jerseys while Gruden and Pivonka will sport the "A" in the blue jerseys. All five captains are making their first appearance at the Under-18 Men's World Championship.

“I’m really proud of those five guys and I truly believe they will lead us to success in this tournament.” 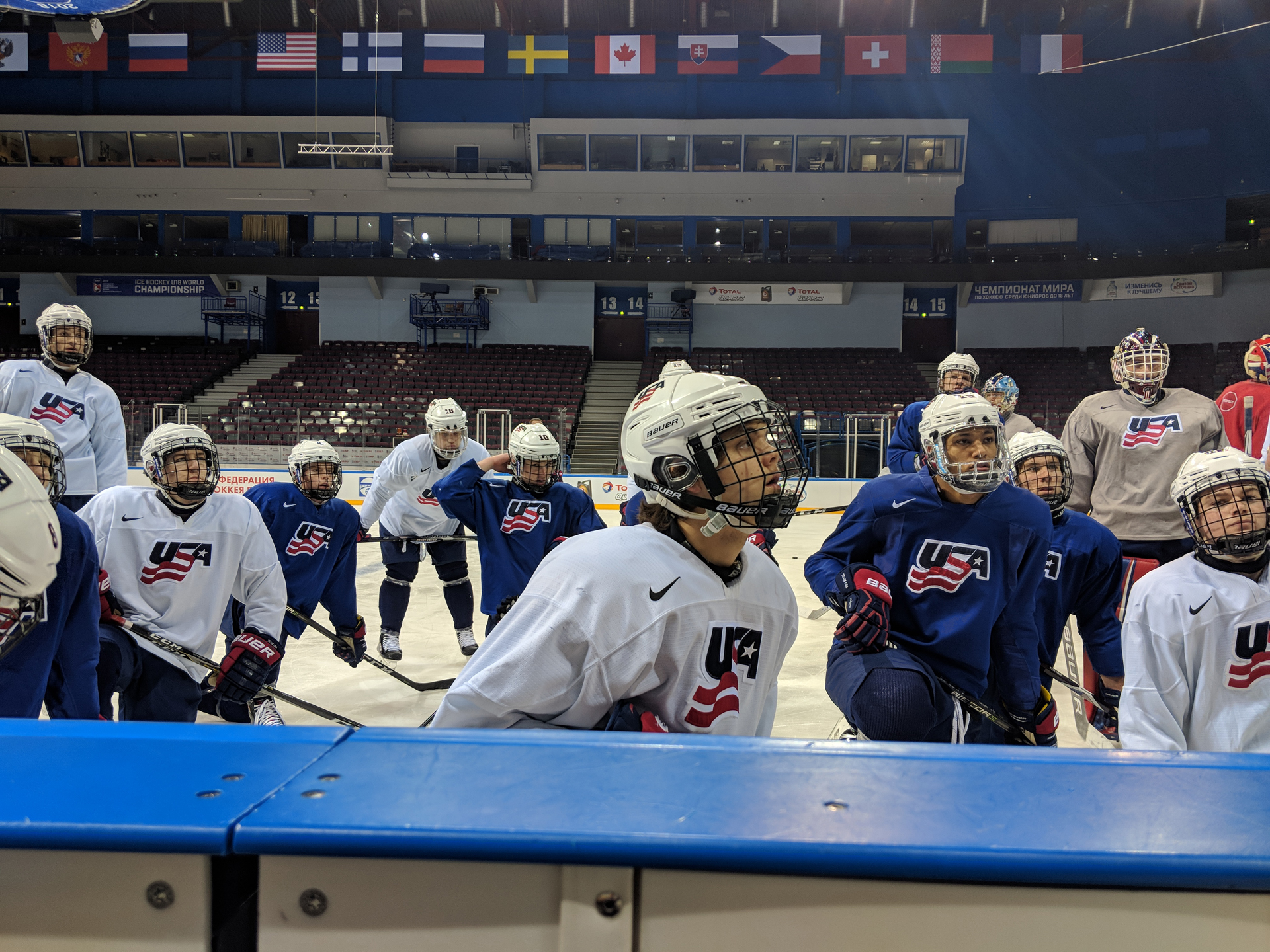 Hitting the Ice at Metallurg

Today the U.S. hit the ice Metallurg Arena in Magnitogorsk for the first time after arriving in town yesterday. The team will play all its preliminary round games at Metallurg Arena, the home to the Kontinental Hockey League’s (KHL) Metallurg Magnitogorsk hockey club. The arena opened in 2007 and can host 7,500 fans.