Today was picture day for Team USA at Metallurg Arena. Players and staff took their IIHF headshots and posed for a team photo on the ice before the final practice before the tournament opens tomorrow against Canada at 7:30 p.m. local (10:30 a.m. ET).

How We Got Here

The United States began its journey towards the 2018 IIHF World Junior Championship with 23 players convening in Chelyabinsk, Russia the morning of April 11. There, Team USA held four days of practices and meetings before its pre-tournament exhibition victory (15-0) against France. The next day the team moved to Magnitogorsk, Russia for a three day camp before the tournament opener against Canada. 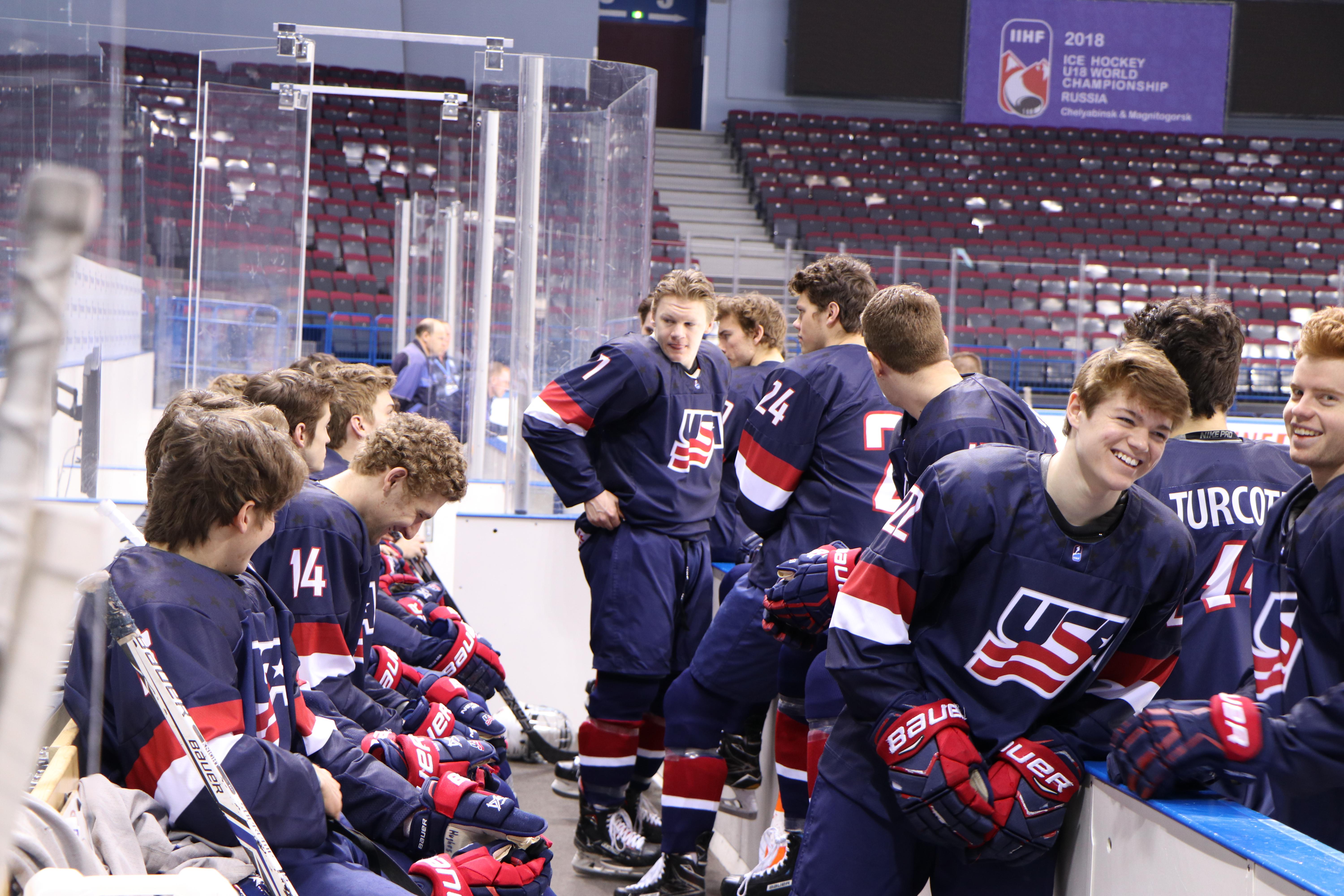 Two forwards on this year’s U.S. Under-18 Men’s National Team claim the hockey hotbed of Massachusetts as their home state and they both have earned gold medals in their young hockey careers. Returning forward Oliver Wahlstrom (Quincy, Mass./USAH NTDP) and Reading, Massachusetts native Jake Wise will look to make their home state proud in tomorrow’s matchup vs. Canada.

If you could trade places with one person for a day who would it be?

Wahlstrom: Tom Brady (not a big shocker there)

What celebrity would you carpool karaoke with?

Wahlstrom: “I’d have to go with Will Ferrel because he’s hilarious in all his movies and I think he’d have a lot of fun with it. “

Wise: “I’d like to go with Arianna Grande because she actually has a great voice and I’m a fan of her music.”

What is your most memorable hockey moment/achievement?

Wise: Winning a gold medal at the Youth Olympic games in 2016