Cole Caufield (Stevens Point, Wis./ USAH NTDP) recorded a hat trick and Drew DeRidder (Fenton, Mich./USAH NTDP) stopped all 13 shots he faced for the U.S. Under-18 Men’s National Team in its 7-0 victory against Belarus this afternoon in the fourth preliminary round game of the 2018 IIHF Under-18 Men’s World Championship at Metallurg Arena.

With the victory, the U.S. closed out preliminary play 2-0-0-2 (W-OTW-OTL-L). After finishing its game, Team USA waited for the results of the late games to learn its opponent and location in the quarterfinal.

With Russia securing a shootout win against Slovakia, the U.S. will now face the tournament host in the quarterfinal on Thursday (April 26) at 7:30 p.m. local (10:30 a.m. ET) at Traktor Ice Rink in Chelyabinsk.

Tomorrow will be a travel day as the team makes the four-hour trip back to Chelyabinsk, where their pre-camp was held over a week ago. 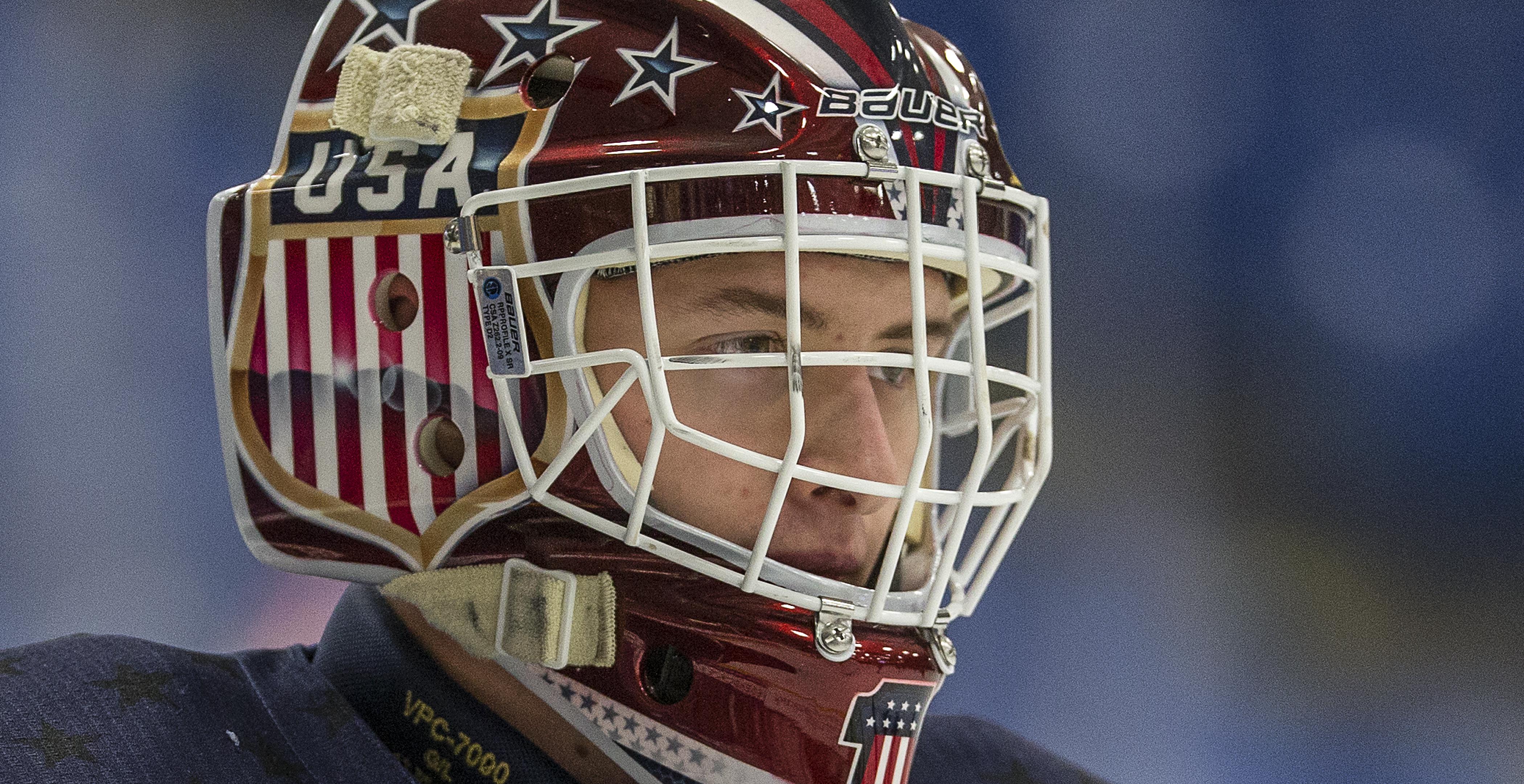 Who has had the most influence on your hockey career?

Drew: My parents. They have worked so hard to give me the opportunity to play at a high level and they push me everyday to be the best that I can be.

What is the one thing people don't know about you?

Drew: I have a pet turtle.

With the Avengers: Infinity War being released this week, if you could be any superhero, who would you be and why?

Drew: Iron Man because of all the cool technology he has access to.

What is your go-to pump-up song?

Drew: Centuries by Fall Out Boy