ON TO THE MEDAL ROUND

The U.S. Under-18 Men’s National Team scored four third period goals and held a 41-17 shot advantage to earn a 5-1 victory against Russia here today in the quarterfinals of the 2018 IIHF Under-18 Men’s World Championship at Traktor Ice Rink.

The victory marked the first quarterfinal victory against Russia in the history of the tournament and improved its record against Russia to 7-1-0-10 (W-OTW-OTL-L) all-time.

The victory also secured Team USA a spot in the semifinal for the 16th consecutive year.

The U.S. will now face the Czech Republic in the semifinal on Saturday. Opening faceoff is set for 7:30 p.m. local (10:30 a.m. ET) and can be seen live on NHL Network.

“I thought our defense did a great job handling the speed and talent of Russia’s line rushes,” said Seth Appert (Cottage Grove, Minn./USAH NTDP), head coach of the U.S. Under-18 Men’s National Team. “We’ve done a really good job offensively throughout this tournament and our continued focus on improving our defensive play will help us keep getting better in every game we play.” 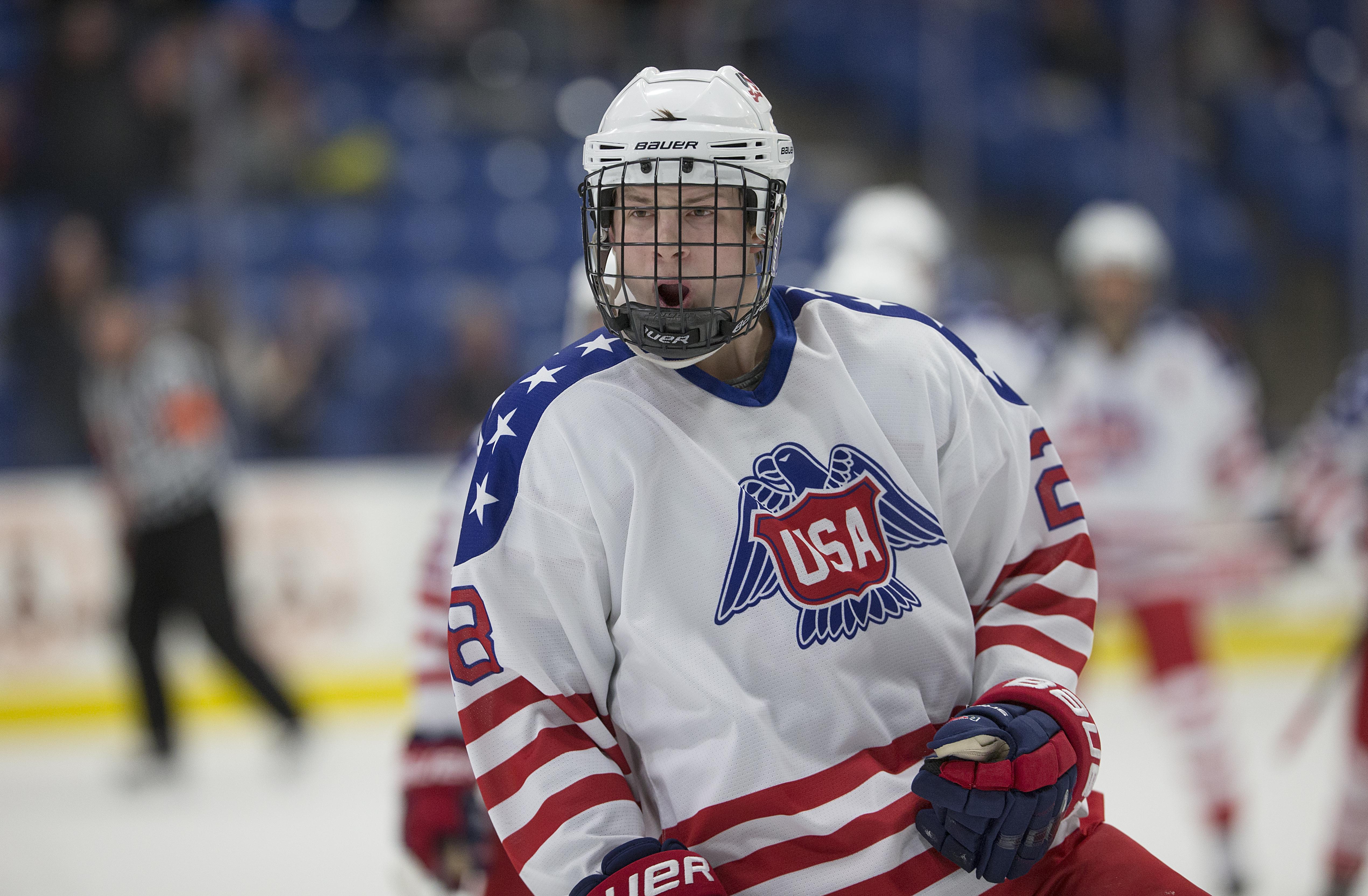 Joel Farabee (Cicero, N.Y.) is tied for second in Team USA goals (4) and shots on goal (24) and scored the short-handed game-winning goal for the U.S. against Russia today. Currently playing in his second IIHF Under-18 Men’s World Championship, Farabee was only one of two players to be called up from the Under-17 age group last year. Last April, the Boston University commit had six points (3 goals, 3 assists) in the tournament, helping Team USA win their tenth gold medal.

Recently, NHL.com highlighted Joel as one of the NHL Central Scouting’s top ranked prospects. To read the profile, click here. Scroll below to see some of his ‘Favorites.’