TONIGHT'S GAME: USA 3, CZE 2
Patrick Kane (Buffalo, N.Y.)  scored twice and Keith Kinkaid (Farmingville, N.Y.) made 24 saves to lead the 2018 U.S. Men's National Team past the Czech Republic, 3-2. Cam Atkinson (Riverside, Conn.) also scored and Derek Ryan (Spokane, Wash.) assisted on both of Kane's goals as the U.S. improved its quarterfinal record to 6-3-3-9 (W-OTW-OTL-L) and winners of four of its last six quarterfinal meetings in tournament play.
“That was a great hockey game that could’ve gone either way and we’re thrilled to be moving on,” said Jeff Blashill, head coach of the 2018 U.S. Men’s National Team. “I liked our composure tonight and thought we had a number of guys rise to the occasions. We’ll enjoy this tonight before traveling to Copenhagen tomorrow and turning our attention to what we expect will be a hard-fought semifinal game.”

LEE AND TEAM USA WELCOME FENOV PIERRE-LOUIS
Ahead of Team USA's quarterfinal win, forward Anders Lee (Edina, Minn.) welcomed his friend, Fenov Pierre-Louis, to Herning, Denmark. Fenov is a 17-year-old from New Jersey with Stage IV neuroblastoma. Lee met him a little over a year ago and has since invited Fenov and his family to Islanders games. Fenov, who's on his way to a vacation in Italy, made the stop in Denmark to see Lee and Team USA's quarterfinal game against the Czech Republic. Lee and USA Hockey coordinated a personalized jersey with 'Pierre-Louis' on the back and Lee's #27 and after the game invited him to the team locker room. For more on Lee's story with Fenov, read his article "Hockey Players Aren't Tough" from The Players Tribune. 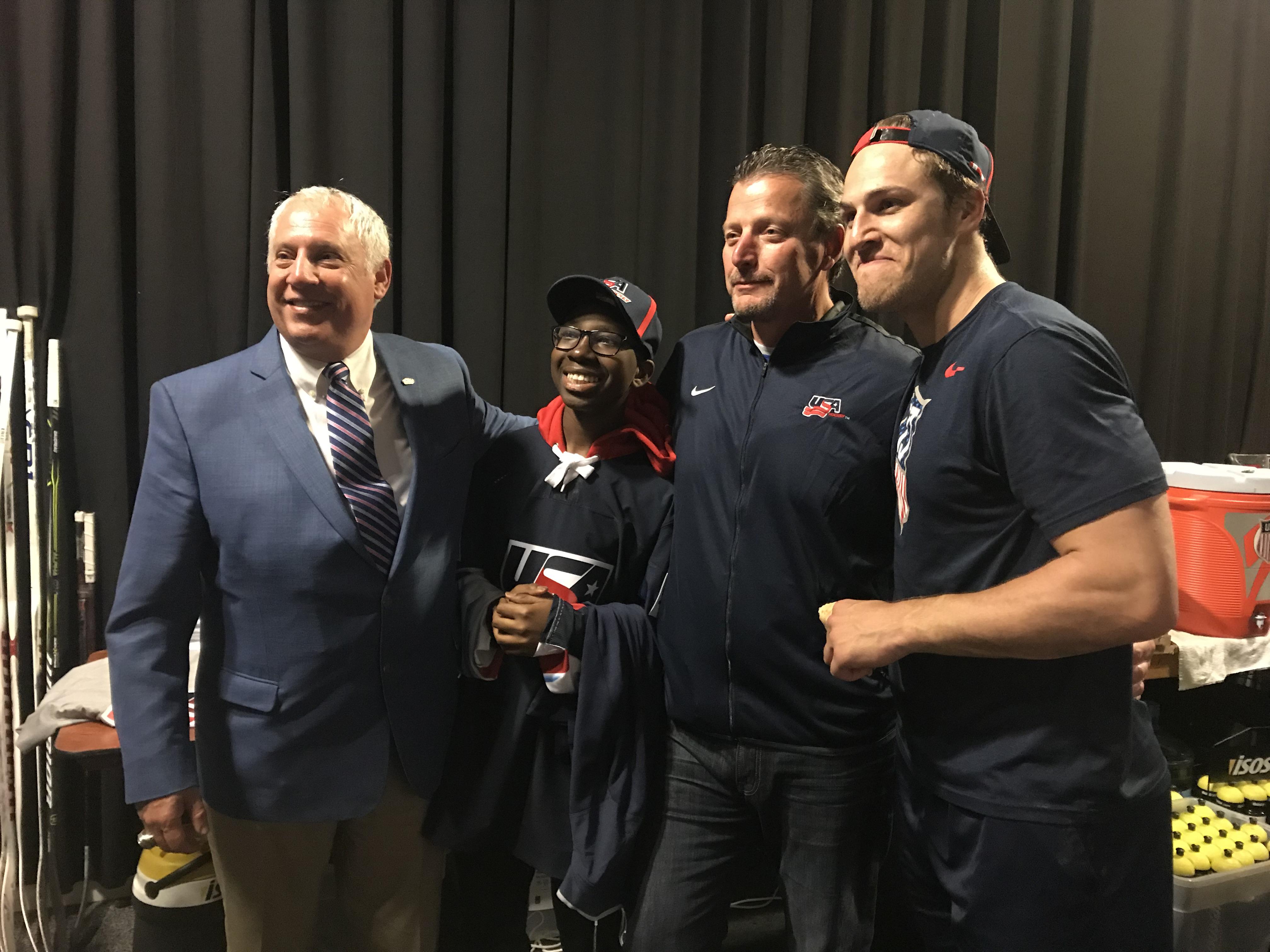