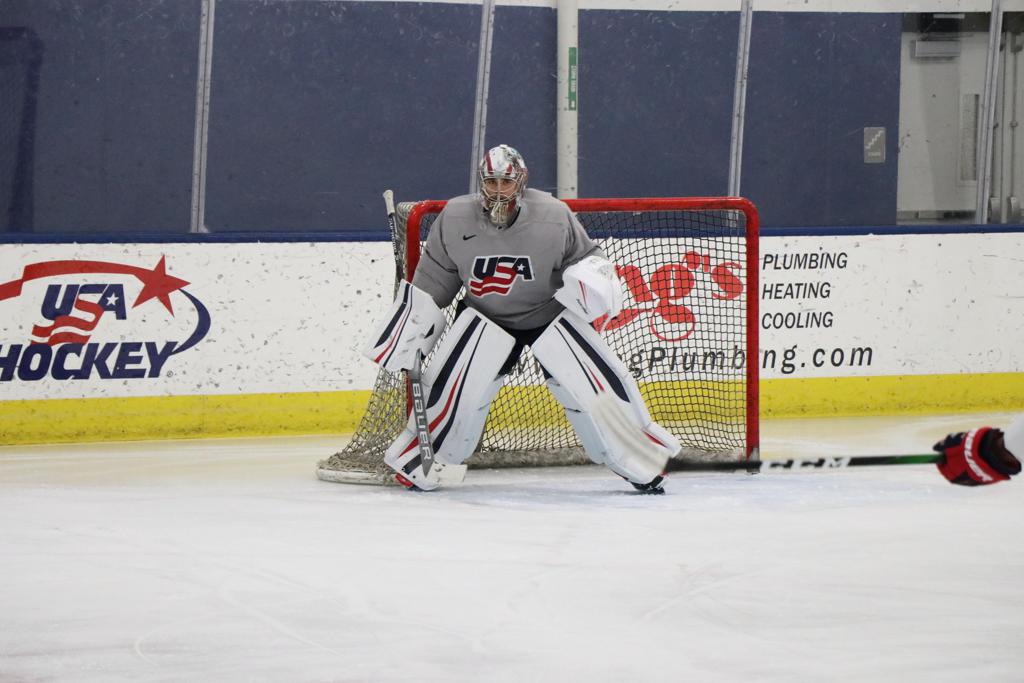 Day two picked up pace at both the morning and afternoon practices, their first full day of team activities. In between sessions, some players found familiar faces in the halls of USA Hockey Arena, with 13 former USA Hockey National Team Development Program players currently on the preliminary roster.

“It’s been great, practices have been meaningful and quick” said Scott Sandelin, U.S. National Junior Team head coach. “The guys get out there, know they have a job to do, and we’ve been doing it with good pace.”