Today marks Arrival Day for the 2020 U.S. National Junior Team in Plymouth, Mich. Players from 20 different teams, in addition to staff, arrived in waves at Detroit Metro Airport. Once they were settled in, the team gathered for a light skate at USA Hockey Arena.

In the late evening, with everyone in town, the U.S. players and staff convened in a team room for dinner and a team meeting. Topics ranged from staff expectations to tournament logistics, including media obligations and travel plans.

"We're here for one reason: to win a gold medal. We're here to win," said John Vanbiesbrouck, general manager of the U.S. National Junior Team. "This is the purest form of hockey you'll play. You're playing for each other, and you're playing for your country." 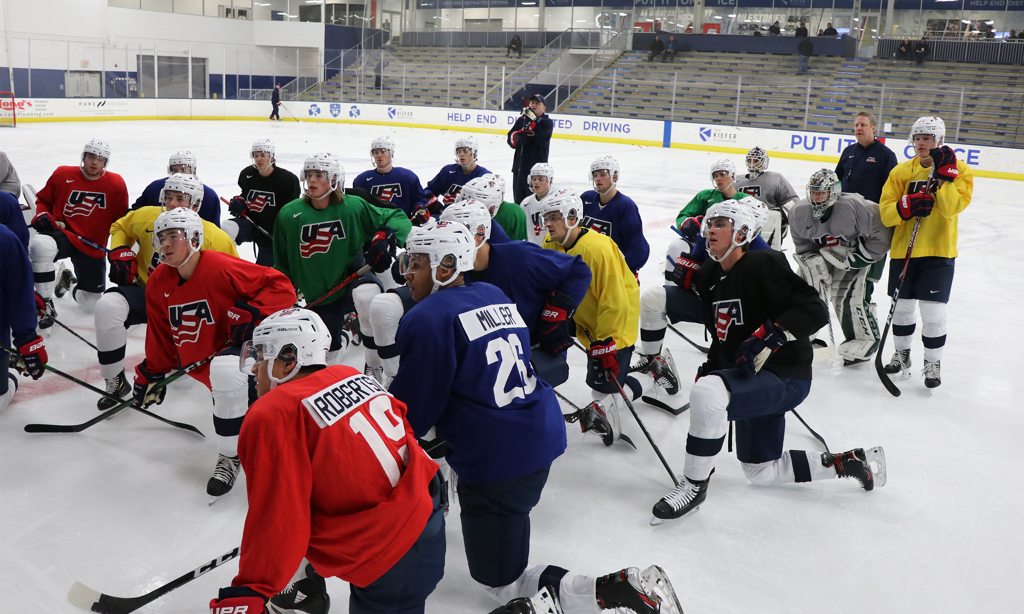