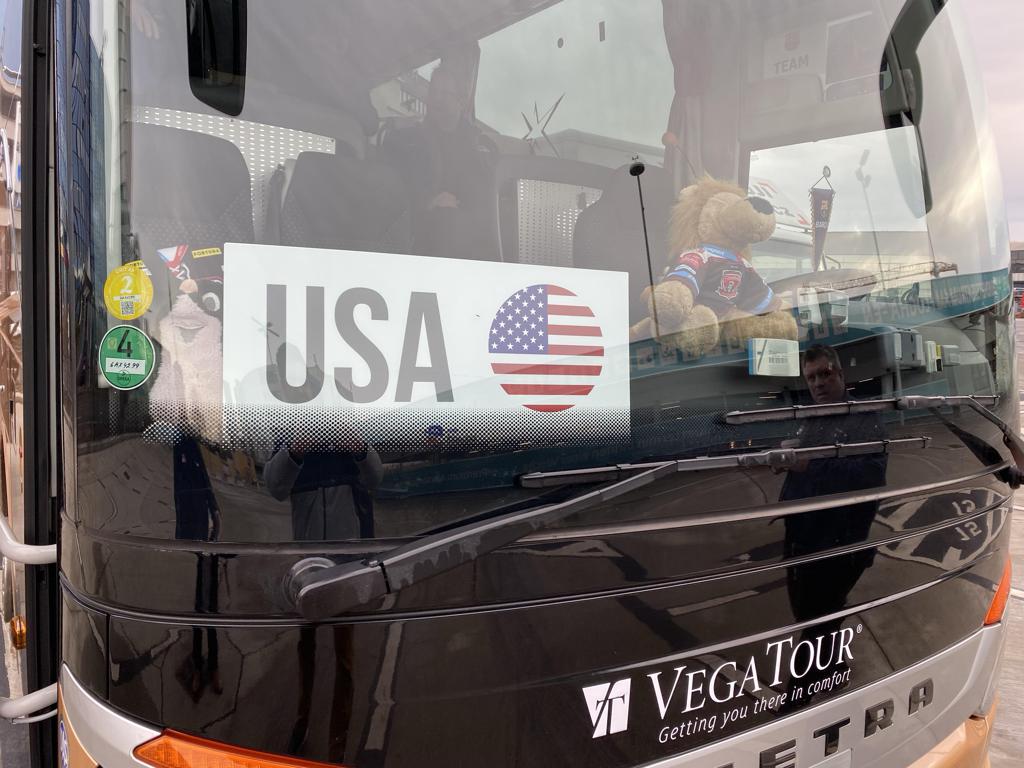 Aisle seat or window? It’s an important question if you’re on planes and buses for more than 18 combined hours.

A few unexpected moments of entertainment throughout the journey kept things interesting including a live karaoke stage at an airport and two Lamborghini race cars on display inside of a local Czech shopping mall. Players will continue to prepare for their first pre-tournament exhibition game versus Sweden on Dec. 22 in Cesky Tesin, Czech Republic, with puck drop set for 12 p.m. ET. Staff will be watching practice and games closely as their decision on the final 23-player roster is expected by Dec. 24.