It was a day of substantial firsts for Team USA in the Czech Republic. After naming its 23-player roster, the 2020 U.S. National Junior Team skated together in its final iteration for the first time prior to the tournament beginning Thursday.

Today was also the first time the team was able see its locker room and skate inside of Ostravar Arena, home to Group B preliminary matches as well as the gold-medal and bronze-medal games for the 2020 IIHF World Junior Championship.

In an effort to bring the team some Christmas spirit, staff have planned a special holiday dinner. 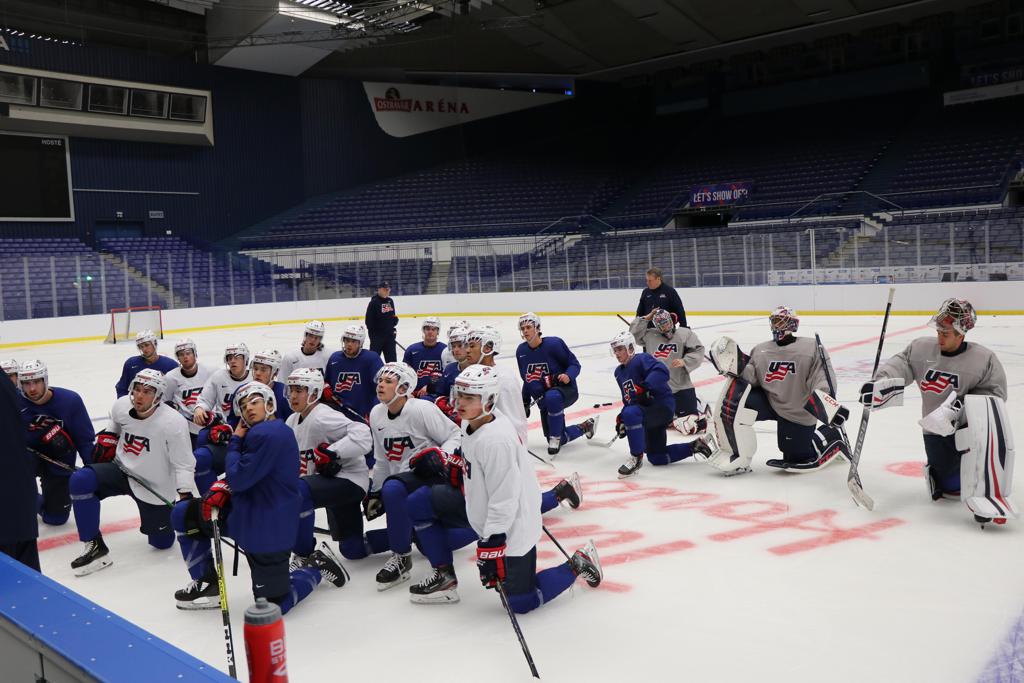