Andrew and Austin Wilk are two Southern California natives who are united in their love of hockey. The brothers have etched their own success and are currently representing the U.S. — albeit in two very different ways — at the Winter World University Games in Krasnoyarsk, Russia.

Andrew, 33, is an on-ice official who works AHL and ECHL games, while Austin, 23, is a junior defenseman at Lindenwood University in St. Charles, Missouri. While they will be on the same ice during the World University Games, it won’t be at the same time. IIHF rules prohibit officials from working games involving their home country.

Still, it is a unique experience for both brothers. 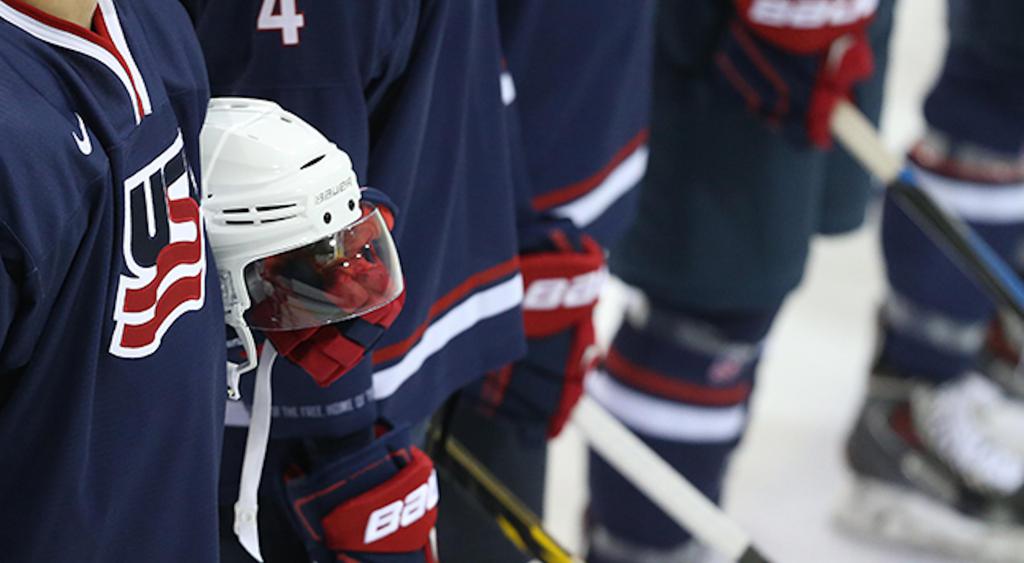 “It adds a special layer to an already special event,” Andrew Wilk said. “I don’t get to see him play at Lindenwood since there are no teams I officiate in that part of the U.S. So it makes this all the more special.”

Austin is cherishing his time representing his country as a player in Russia, but also never thought he’d be sharing the ice with his brother in such a unique way.

“It’s hard to believe that we are both here, especially with him being a ref and me being a player,” Austin said. “I never thought I would be at the same tournament as Andrew at this point of my hockey career, so for us to be able to represent the USA in this tournament, it’s really special.”

Even being in the same city and often the same rink, it isn’t guaranteed the two will get to spend time with each other.

“I don’t think that we will have time to hang out before the tournament begins with our different schedules,” Austin said. “Hopefully we will be able to see each other at the rink around our game schedule."

“My season at Lindenwood has actually been going really well,” said Austin, whose Lions already wrapped up the Central States Collegiate Hockey League title. “My team is 25-1 and ranked No. 1 in the country right now. We have a great group of guys and we got lucky enough to bring six of us from Lindenwood to the World University Games.”

Both brothers have Olympic dreams, but also know the odds make it unlikely they will have a chance to represent the U.S. at the Olympic Games Beijing 2022.

“The last Olympics in 2018 would have been my time but there were many more qualified officials ahead of me,” Andrew said. “By the time the next games come around I will be too old. So for me this tournament is like my Olympic Games.”

Austin also played for the U.S. in the World University Games two years ago in Kazakhstan.

“This team could be a stepping stone for some but for me personally I don’t really think about that,” Austin said of playing in the Olympics. “I just want to enjoy the experience of being on this USA team with my teammates.”

While both are focused on hockey, they are also looking forward to seeing the sights.

“I have never been to Russia,” Andrew said. “I am most excited to explore the city of Krasnoyarsk. It is a much bigger city than I originally thought. I hope to see how the citizens there live in such extreme conditions of Siberia.”

One sport Austin is looking to take in is bandy, which is like hockey in that it is played on ice and uses a stick, but instead of a puck, a ball is the primary object and there are 10 players on each side and the ice surface is much larger.

“I have never been to Russia before,” Austin said. “The only other countries I’ve been to are Canada for junior hockey and I went to Kazakhstan for the last World University Games in 2017. I am hoping to see how the culture is in Russia on this trip and also watch as many other events as I can while we’re here.”