Both coaches hit the milestone in January, the first American-born men to do so

Did either think much about the impending milestone?

“Quite honestly,” Tortorella said, “I didn’t even know the number.”

Coach Laviolette? “No, I think it was more [focused on by] the media.”

While they may not have spent much time pondering numbers, Tortorella ultimately reached the 600-win mark first when the Blue Jackets recorded a 4-3 win in overtime over the Predators on Jan. 10, 2019. Laviolette had to wait a few more games to reach his milestone. His day came on Jan. 21, when his Predators rolled to a 4-1 win over the Colorado Avalanche. No other active American-born coach is close to catching up; Pittsburgh Penguins head coach Mike Sullivan is the closest and nearing 250 victories.

While the immediate focus for both coaches is on preparing for the next game, becoming the winningest American coaches in NHL history did encourage reflection on their careers to date.

“I’m pretty fortunate to have had the opportunity that I've had,” Laviolette said. “It's truly been an unbelievable ride.”

For him, the milestone was an opportunity to remember the people with whom he has worked over the course of his career.

“It’s more the journey with teams and players that really means more than the actual number,” he explained.

Laviolette credits Bobby Francis for encouraging him to begin coaching as his playing career was winding down. Laviolette stepped into a player/coach role under Francis with the 1996-97 Providence Bruins. An injury and a crowded blue line kept Laviolette off the ice, giving him time to grow into a role behind the bench. He took his first head coaching job with the Wheeling Nailers the next season and hasn’t looked back.

“You're always picking up bits and pieces from people along the way,” he said, also naming Predators associate coach Kevin McCarthy and Bob Luccini, his high school coach in Franklin, Massachusetts, as others from whom he has learned over the course of his career. 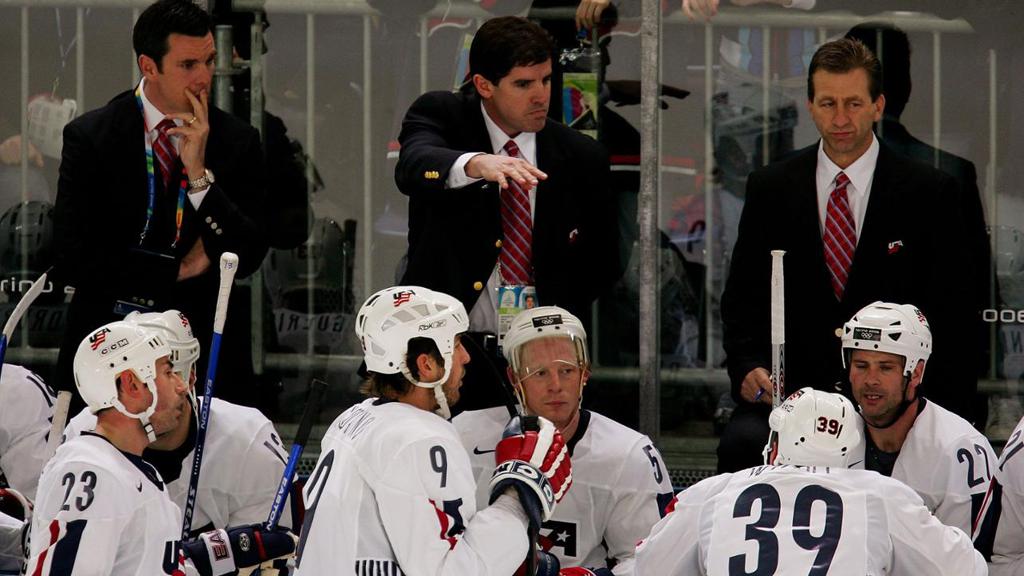 Laviolette behind the bench during the 2006 Olympic Winter Games in Turin, Italy, where he served as head coach for the U.S.

While Tortorella named several people who helped him find his place in the NHL, perhaps the one who had the most impact on him was the late Jim Johannson. “The greatest thing for me in USA Hockey was the opportunities I had to work with [Johannson],” Tortorella said. “As I speak about him right now, it's emotional for me. ... I miss him tremendously, not only in those tournaments but just talking hockey.”

His influence was strong on Laviolette, too, who fondly recalled spending time with Johannson as they built teams to represent the United States.

Both coaches have spent ample time behind the bench for USA Hockey, getting to know beloved figures like Johannson in the process. Tortorella, who has been either the head man or an assistant in the 2016 World Cup of Hockey, 2010 Olympic Winter Games and the 2005 and 2008 IIHF World Championships, has enjoyed representing the United States.

“It's just a fantastic opportunity to be around people that are playing for their country, seeing different personalities of the players,” he said. “It's been an absolute honor to have the opportunities that I have had.”

Laviolette echoed the sentiment, saying, “Given any opportunity, it's an honor to represent your country and to do it in the sport that you love.”

Laviolette has also been a frequent figure behind the bench for USA Hockey, most recently as the head coach at the 2015 IIHF Men’s World Championship. The short-term format of these competitions appeals to Laviolette, who enjoys the challenge of bringing together a group of men from different backgrounds in order to create a competitive team.

Aspiring coaches can learn a lot from the careers of Laviolette and Tortorella, and both are eager to pass on their knowledge to future bench bosses. They’ve presented at USA Hockey’s National Hockey Coaches Symposium in the past, giving coaches the chance to hear from the NHL veterans.

Tortorella reflected on the evolution of his coaching style throughout his career. Where he once tried to plan out every moment of a game, he now gives players more latitude on the ice.

“It's come full circle for me now where I am very cognizant of how much information I give to the players,” he stated. “It's just my philosophy now, you need to let them play. They need to experience the mistakes for them to get better when you're developing players.” 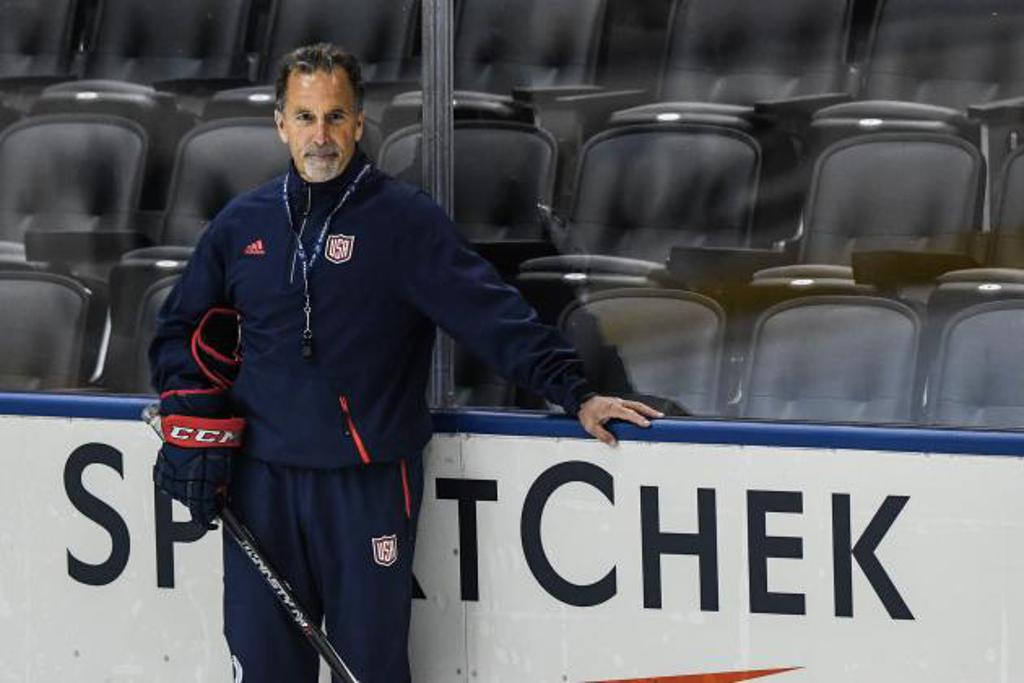 Tortorella served as head coach of Team USA in the 2016 World Cup of Hockey.

As a coach known for his honesty, it’s unsurprising that Tortorella finds personality to be among the most important attributes of a coach.

“When you're a young coach and you're trying to find your way, I think you need to have your personality,” he said. “... Continue to try to learn from other people and it may adjust some of your thoughts about the game. ... But I always think you need to be yourself.”

For Laviolette, the emphasis is on a love of the game. While many coaches dream of reaching the NHL, passion for coaching any age or skill level is truly the most important thing.

“Building a whole group of men into a team and to try to become champions, that's what coaching is all about,” he said. “If you can bring passion every day to your group, no matter what level you're at, your team will realize that and … feed off of that and have a good chance of being successful. It's not always just about trying to move up the ladder. It's about appreciating where you're at and really trying to build something at any level.”

So, the advice from two seasoned pros for the young bench boss who aspires to join a very exclusive club? Be open to new experiences, be yourself, and above all else, love the game.