U.S. Women Prepping for Canada While Engaging with Pittsburgh Community at Camp

CRANBERRY TOWNSHIP, Pa. — The epicenter of the women’s hockey world is in suburban Pittsburgh this week.

The national teams from both the United States and Canada opened a joint training camp on Monday at the UPMC Lemieux Sports Complex, practice facility of the Pittsburgh Penguins. It’s a week-long event that will culminate with a pair of exhibition games between the international rivals on Friday and Sunday.

“It’s extremely exciting for the Pittsburgh Penguins to open their arms to us this week,” U.S. forward Kendall Coyne Schofield said. “This was sort of last minute, but it helps prepare us for the Rivalry Series and the World Championships and provides another evaluation opportunity for our program. This building is going to be full Friday and Sunday, and it’s really exciting to be here with a new group of girls.” 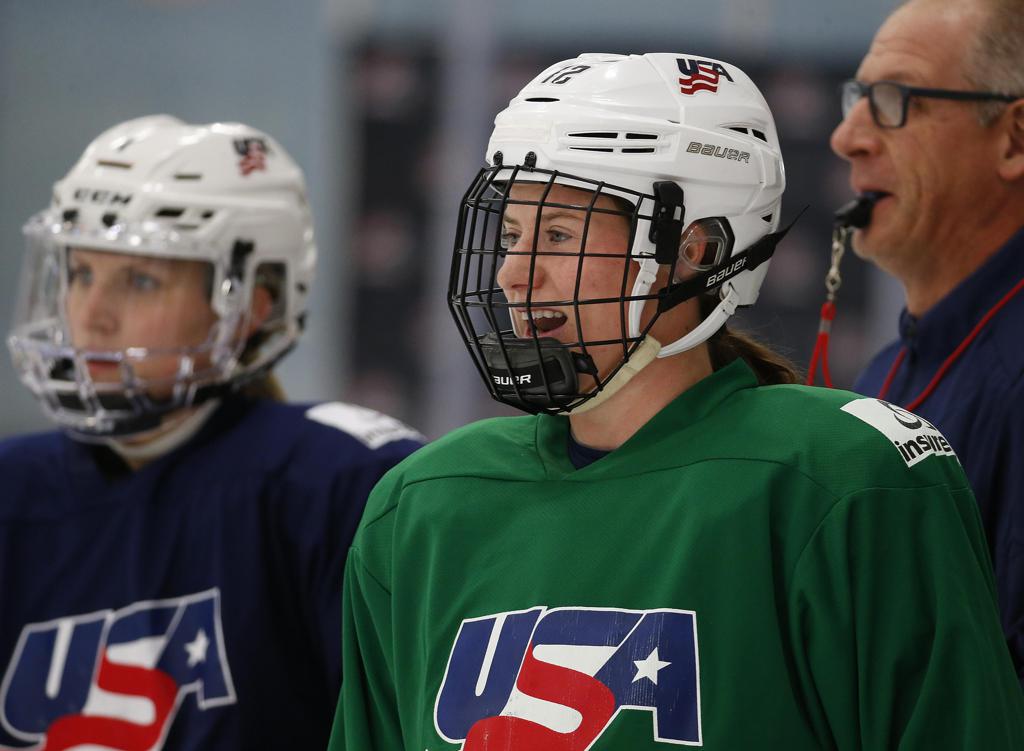 The U.S. and Canada were left with holes on their calendar when the 2019 Four Nations Tournament, originally scheduled to be played this month in Sweden, was canceled.

“Unfortunately, the Four Nations was canceled, so in a really quick timeline we put this together,” said Katie Million, director of women’s national team programs for USA Hockey. “Pittsburgh reached out with any opportunity to host the women’s team, and we jumped on that immediately and they’ve been great hosts. Canada is one of our greatest competitors, so it’s always awesome to be able to play them. For them to come here and train side-by-side with us is pretty cool, too. We’re really excited to be together the whole week and then to play the games on Friday and Sunday.”

Both teams will hold several practices, free and open to the public, throughout the week. The week-long training camp precedes Friday’s first exhibition and a Sunday afternoon rematch between the powerhouse programs. HockeyTV will livestream the two exhibition games later this week, which features 15 players who helped the U.S. to a gold medal during the 2018 Olympic Winter Games in PyeongChang, South Korea. A full schedule can be found below.

“Anytime you can get together as a national team, it’s great,” said defenseman Monique Lamoureux-Morando, who won a gold medal in 2018 and will play her first game this week after giving birth in December. “You’re getting to play with the best players in the world, and this year the ultimate goal is the World Championships in Halifax. Every time we’re together, it’s an opportunity to showcase women’s hockey at the highest level.” 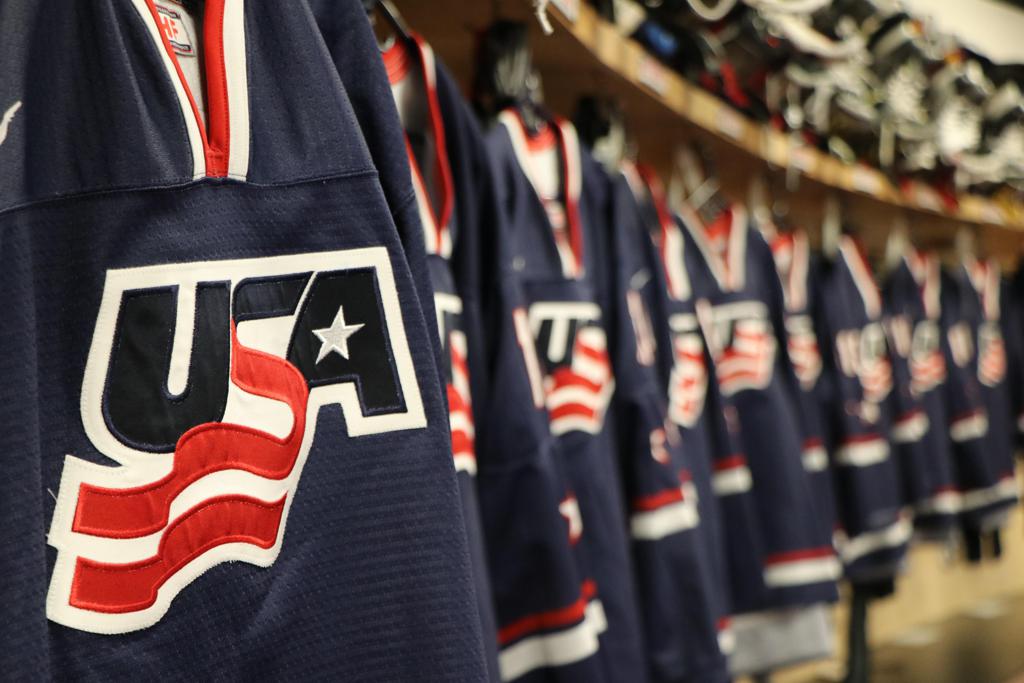 This week’s exhibition will serve as a preview for the five-game Rivalry Series between the U.S. and Canada, which begins next month. A full schedule and ticket information can be found here.

The culminating event this year is the 2020 IIHF Women’s World Championship, which takes place in Halifax and Truro, Nova Scotia.

“Every time the U.S. and Canada face off, you can expect the best from both teams,” goaltender Maddie Rooney said. “I think the series against Canada will be a great test for us, and I think the fans will be happy with what they see because they’re going to get a great performance out of both teams.”

Rooney backstopped Team USA to arguably the greatest game in U.S. women’s hockey history with 29 saves in the 2018 Olympic gold-medal game, including stops on Canada’s last two attempts in a shootout to help the U.S. win its first Olympic gold medal in women’s hockey since 1998.

This week’s games are exhibitions, but the U.S. is treating it like a championship.

“Obviously we want to win,” Million said. “We always want to win, but we don’t have the opportunity to get together as a team that often throughout the year, so when we have these opportunities, these times are special, and we want to take advantage and make the most of them.”

Throughout the week, the U.S. players will be visible in the community, holding youth clinics, practices and autographs sessions.

The practices and games against Canada are significant, but Coyne Schofield said the camps are a highlight during the week-long event.

“That’s really what it’s all about, to be accessible to whatever community we’re in, and to be able to reach those girls is extremely important,” Coyne Schofield said. “In addition to those girls to see us on Friday and Sunday, for them to dream to be in our skates on day is so important.” 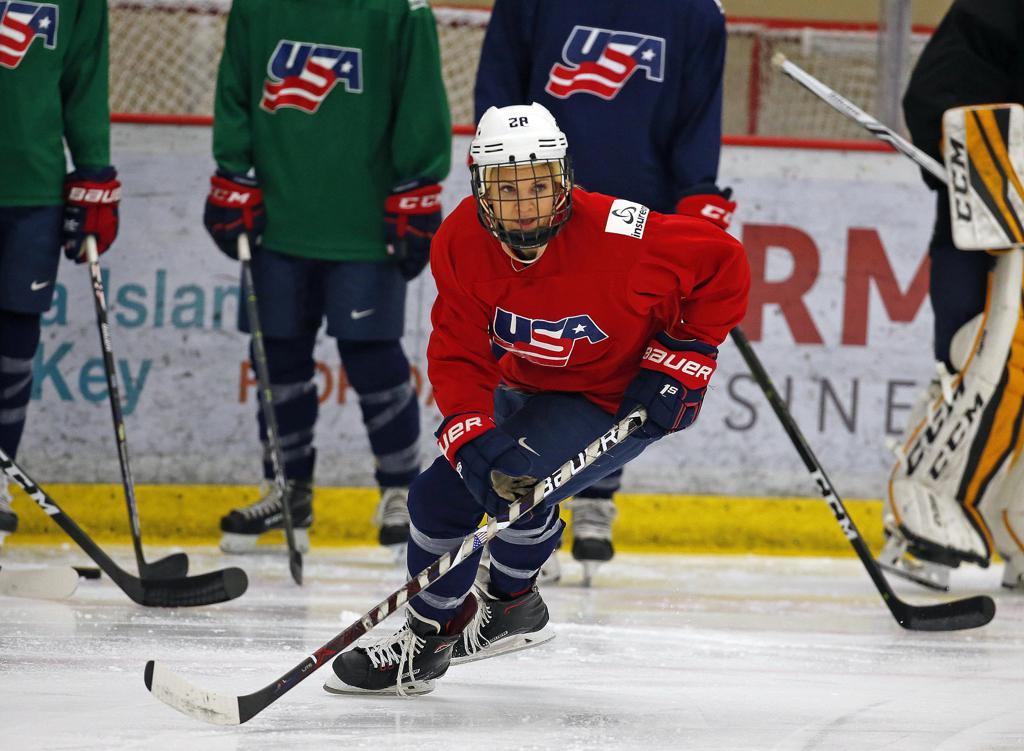