U.S. Junior Select Team comes from behind in first preliminary round game

Dawson Creek, British Columbia – In a meeting between the tournament’s last two gold medalists, multi-point performances from Brendan Brisson (Manhattan Beach, Calif.) and Sean Farrell (Hopkinton, Mass.) led the U.S. Junior Select Team to a 1-0 start in the preliminary round of the 2019 World Junior A Challenge.

“Anytime you play a team as tough as Canada West – for both teams – you get better in those games,” said head coach Anthony Noreen. “There was no easy ice. It was a passionate game because when USA plays Canada, there’s everything on the line. For our guys, it gave them a good sense of what this tournament is all about and how hard they’ll have to compete.”

Following a scoreless first period, Brisson netted the first goal of the night at 2:29 in the second by firing a shot past Canada West goaltender Matthew Davis. Brisson sent in a one-timer on the off wing, fed from Sam Colangelo (Stoneham, Mass.) and Trevor Kuntar (Williamsville, N.Y.) to give the U.S a 1-0 lead.

Canada West responded with a pair of power-play goals from Carter Savoie and Brendan Budy in under two minutes to secure a 2-1 advantage, but Logan Stein (Suwanee, Ga.) made a highlight-reel stick save with 5:42 remaining in the second period to maintain a one-goal deficit.

Feeding off the momentum from Stein’s save, Farrell tied the game with 4:36 left in the middle frame. Assisted by Brisson and Michael Koster (Chaska, Minn.), Farrell walked the line and put a shot from the point through a screen to make it a 2-2 game.

At the 3:55 mark in the third, Farrell capitalized on a power play to regain the lead for Team USA. With pressure in front of the Canada West crease, Farrell netted his second goal of the game off a rebound from Gunnarwolfe Fontaine (East Greenwich, R.I.) and Ryder Rolston (Birmingham, Mich.).

The U.S. kept pressure on Davis late into the final minutes of the third period, and Team USA held strong in the defensive zone to secure a 3-2 victory.

Stein made 26 saves in goal for the United States.

The U.S. continues 2019 World Junior A Challenge play Monday against the Czech Republic. Puck drop is slated for a 9 p.m. ET start and the game can be streamed live here. 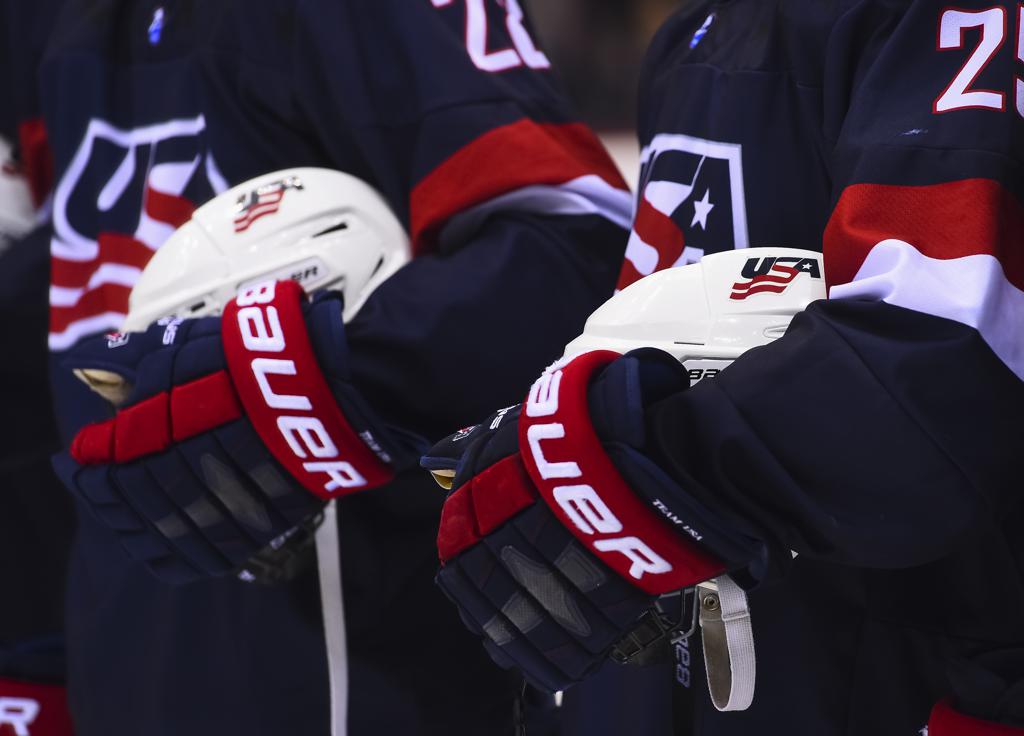