With events like last week's ice party in Hartford, players can be an example just like the 1998 gold medalists were to them

HARTFORD, Conn. — Kendall Coyne Schofield (Palos Heights, Ill.) might not recall where she was when the United States women’s hockey team claimed gold in the 1998 Olympic Winter Games, but the event would change her life.

“I remember being a young girl and going to school and people told me girls don’t play hockey,” Coyne Schofield said. “And, ‘You shouldn’t play hockey, you should play sports normal girls do.’”

Following the victory, the then 6-year-old Coyne Schofield would attend U.S. captain Cammi Granato’s hockey camp that summer in Downers Grove, Illinois, and have the chance to meet the Olympic star.

“I don’t have any recall of the ‘98 game and them winning a gold medal … but what I do vividly remember is being able to physically meet Cammi Granato and hold her gold medal,” Coyne Schofield said. “It was that moment where I realized girls do play hockey, and girls win gold medals and boys win Stanley Cups, and I want to do what Cammi did.”

Now 27 and an Olympic gold medalist herself, Coyne Schofield is the one that young players look forward to meeting at events like the recent “ice party” at the XL Center in Hartford just ahead of the national team’s Rivalry Series meeting with Canada. Coyne Schofield never forgets what it was like when she was on the other side of it. 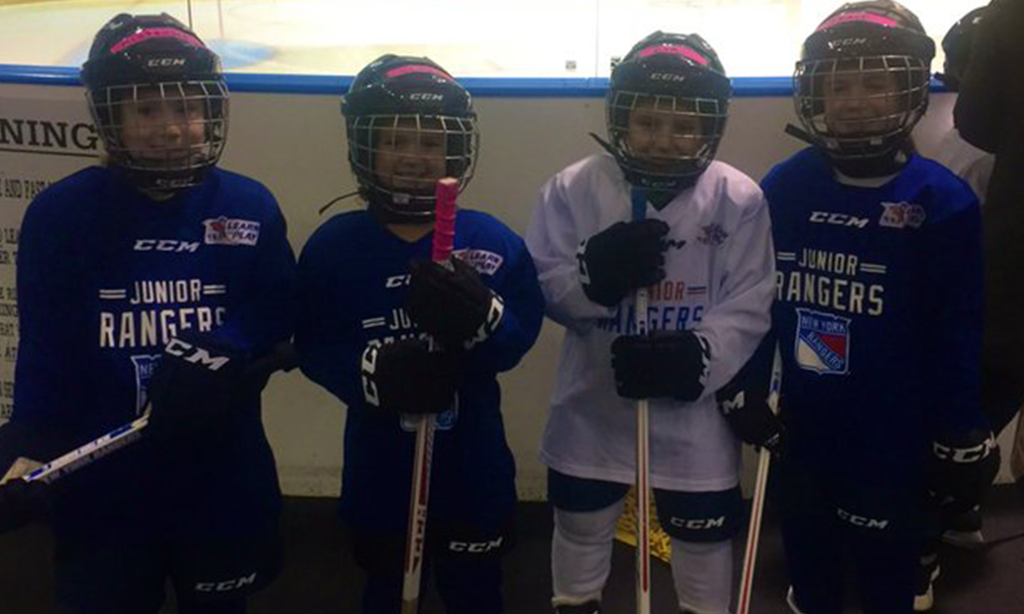 “[Granato] inspired me just by looking at me and it’s something that would change my life forever,” Coyne Schofield said. “That’s why I am standing here today — I wanted to do what Cammi did … the feelings and impression she left on me is something that we take very seriously because we know we need to inspire the next generation.”

When Coyne Schofield and several teammates took the ice to meet with about 50-60 local young players and their friends at the XL Center, she had her own tales to tell as a member of the winning 2018 Olympic team.

“Winning and losing is a lot of this game, and you always want to win, but to leave this game better than when you entered it is equally as important to me,” she said. “As soon as I graduated college the first thing on my list to do was start my own hockey camp because I remember the feeling Cammi’s camp gave me and I wanted to be able to give that to the young girls coming up in this generation.”

U.S. hockey’s Katie Holmgren, who is the director of program services, is responsible for setting up events like the ice party. She previously hosted one in February in Detroit and is looking to add more in the future as the organization continues to look for ways to grow the game.

For this event, Holmgren received help from the Boston Bruins and New York Rangers to arrange the ice party and provide some giveaways for the participants.

“When the women’s team is in town, it’s a natural to one, showcase girls hockey and then also showcase the women’s national team,” Holmgren said. “We asked girls who are already involved in youth hockey to come skate and then bring a non-hockey playing friend and kind of introduce them to the game.”

The U.S. team spent an entire week in town training for last Saturday’s Rivalry Series game with Canada, and not only hosted the ice party but allowed youth hockey groups among others to attend open practices prior to the game.

The 1998 Olympic squad helped open the door for the growth of women’s hockey in this country, and since then, things have taken off at all levels.

“Our big thing is girls need to see it if they want to dream it,” U.S. defender Cayla Barnes said. “We’ve worked with Canada to put our Rivalry Series on a bigger stage so girls can see it.

“It fuels those dreams for them and it definitely helps grow the game throughout the youth level.”