"I’m happy for the three players who have earned the privilege of wearing a letter for our Under-18 team this year," said Maura Crowell (Mansfield, Mass./University of Minnesota Duluth), head coach of the 2020 U.S. Under-18 Women's National Team. "Each of them brings something special to our group and I’m incredibly confident in their collective ability to lead us to a gold medal in the World Championship.”

One of 10 returnees from last year’s silver medal-winning U.S. Under-18 Women’s National Team, Nicholson is eyeing her third consecutive medal after earning a gold medal at the 2018 tournament in Dmitrov, Russia. A Minnetonka, Minn., native, Nicholson served as co-captain of the 2019 Under-18 Women’s Select Team at the Under-18 Series vs. Canada. She is committed to play college hockey at the University of Minnesota next season.

Returning to the squad after helping the 2019 Under-18 Women’s National Team to a silver medal, Eden will serve as an alternate captain for Team USA at this year's tournament. A native of Annapolis, Md., the forward most recently competed as a member of the 2019 U.S. Under-18 Women’s Select Team at the Under-18 Series vs. Canada. She is committed to skate at Princeton University for the 2020-21 season.

Another three-time member of the Under-18 Women’s National Team, Webster helped the U.S. to a gold and silver medal at the 2018 and 2019 tournaments, respectively. The St. Louis, Mo., native most recently shared captain duties of the 2019 Under-18 Women’s Select Team at the Under-18 Series vs. Canada with Nicholson. Webster will continue her hockey career at the University of Wisconsin next season. 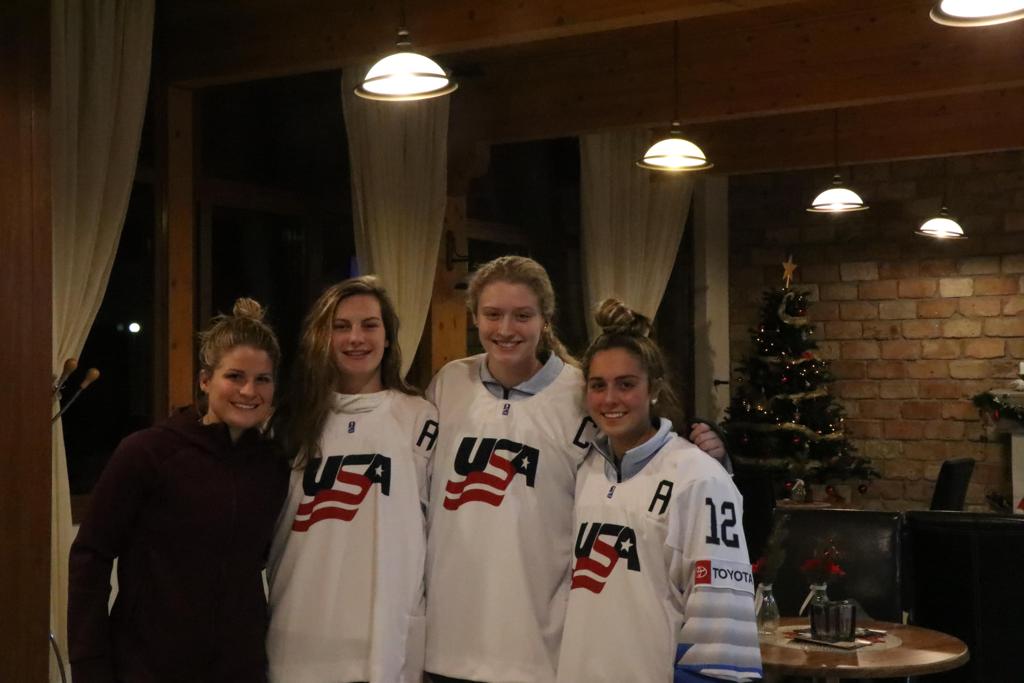