Zoe Hickel is starting a new chapter in her professional hockey career.

“I’m so lucky to be here and I’m really excited to work with a great group of student athletes and learn from the people around me,” Hickel said. “It doesn’t really feel like I’m done with the game because I still get to be part of it, and there’s such a high standard of excellence here at Ohio State, too.”

Ohio State head coach Nadine Muzerall had an opening on her staff after the 2019-20 season, and Hickel reached out, expressing her interest. A phone conversation eventually led to Hickel joining Muzerall’s staff.

“As soon as I saw who was calling, I thought it would be a great hire,” Muzerall said. “She’s a phenomenal athlete, who can relate to these young women, she knows what it’s like to be away from home and she understands the commitment and drive to get to the next level. It was a no-brainer.”

Muzerall was an assistant at Minnesota when she initially met Hickel almost a decade ago. That was at the Great Alaska Showcase, a hockey camp run by Hickel, her sister Tori and mother Cristy, which exposes athletes to Division I and Division III college coaches. 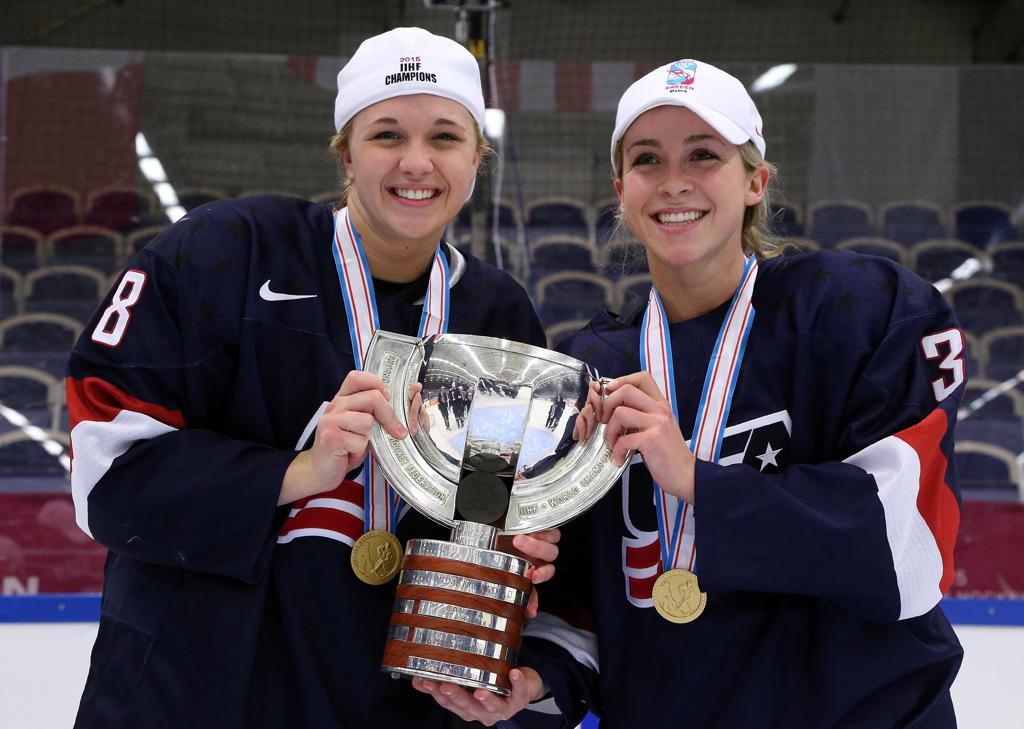 “She has that presence about her that’s very kind, and you can tell she was just raised right, and she’s just a really wholesome, good human being,” Muzerall said. “If I put her in front of a 15-year-old girl — because that’s the age we’re recruiting — they want to be like her, they want to play, and have the opportunities she had in college and at the national level.”

Hickel played college hockey at Minnesota Duluth, an Ohio State and Minnesota rival in the Western Collegiate Hockey Association. She served as a two-time captain, led the Bulldogs in scoring during the 2014-15 season and was named a finalist for the Hockey Humanitarian Award.

Hickel, a native of Anchorage, Alaska, also skated with the U.S. Women’s National Team where she helped capture a pair of gold medals at the IIHF Women’s World Championships, in addition to a Four Nations Cup title.

“USA Hockey taught me so much,” Hickel said. “It really sets the bar with playing at the highest level, representing your country and the sacrifices it takes to be there. But ultimately, the teammates and friends I made from USA Hockey are people who will be in my life forever. They allowed me to grow as a person and player beyond my imagination.” 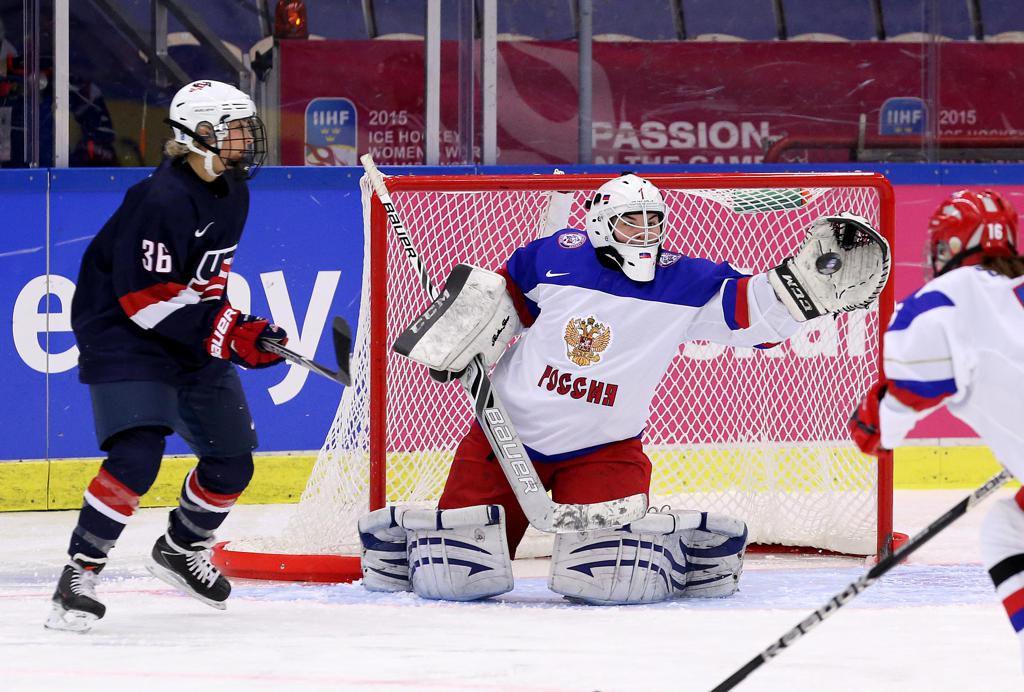 “I’m so grateful what the game has given me, and hopefully, I can share the things I learned from all over the place,” Hickel said. “My goal is to grow and learn from the people around me and share what I can with the team. I’m so excited from everything I’ve learned over the years, and now I have an opportunity to really put it where it matters most, and that’s within the next generation.”

Muzerall is excited to see what Hickel can bring to not just the on-ice product, but the young athletes in the Ohio State women’s hockey program.

“She’s an unbelievable human being and she’s the total package,” Muzerall said. “I have a daughter and when she grows up, she’s going to be going through the recruiting process. I want somebody like Zoe sitting on my couch, not just with her hockey credentials, but her passion for the game, and just being a role model. When you’re sending your daughter to college, you want to know who’s taking care of your baby girl. It’s not just four years, but it’s the next 40 or 50 years, and what’s your life going to look like after that.”