More Time to Bond is One Upside of World Juniors Bubble for U.S.

Players will be spending a lot of time, hopefully through the gold-medal game, quarantined together in Edmonton

Creating a bond when pulling a group together from many different teams in the middle of a season is one of the key challenges of events like the World Junior Championship.

Doing it in the middle of a global pandemic makes it even more challenging.

Managing the coronavirus pandemic has made just about everything in the sports world more difficult for most of the past year and avoiding COVID-19 requires a team effort, that is also potentially speeding up the comradery felt within USA Hockey.

As the team quarantines in Edmonton, Alberta, for four days this week, between the end of training camp and the start of pre-tournament exhibitions, the members of the U.S. National Junior Team have only each other with which to share the anticipation of the 2021 IIHF World Junior Championships to be played Dec. 25-Jan. 6.

“Bonding is not an issue,” coach Nate Leaman said during a Saturday Zoom media conference. “We’re in quarantine, we’re in isolation, we’re in bubbles. All we have is each other.

“So, I expect, not only our team, but every team to be really tight. That’s what you find when you’re spending all your time with just one another in a bubble situation.” 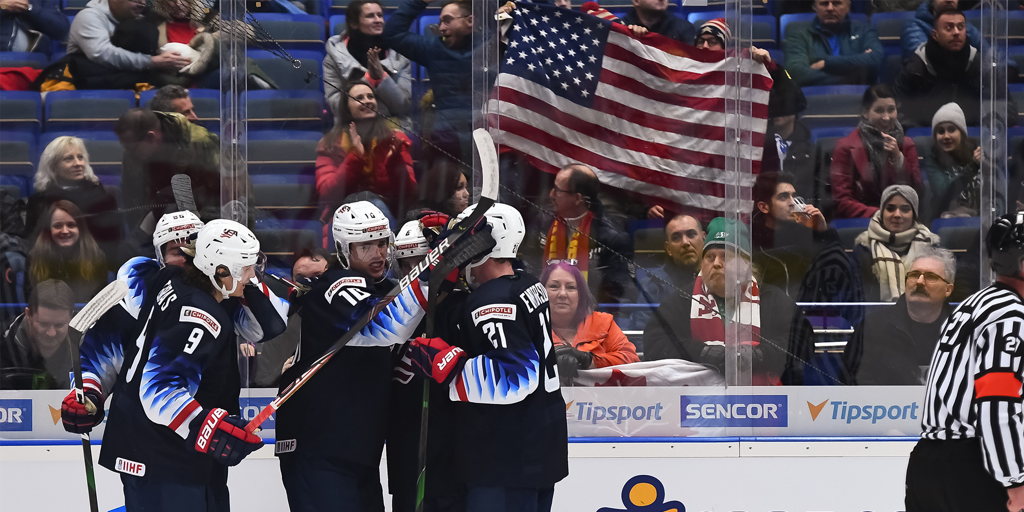 The group was larger and technically still in competition with each other at the same time they were molding into a final team when 29 players started training camp Dec. 6 at USA Hockey Arena in Plymouth, Michigan, looking to secure the 25 final roster spots for the tournament.

Still, Leaman could see the reconnecting from past relationships and the new connections from a common goal building as the team started up camp.

“First of all, you have a lot of these guys who have played together before,” Leaman said. “So, it was really fun when we got the group together to see the friendships that these guys have.

“A lot of these guys have played at some point with one another, whether through USA Hockey camp or through a summer camp or even a World Junior team. So, there is a lot of familiarity within our team.”

Leaman’s comments came a day after the final roster was named.

The 2021 U.S. National Junior Team roster includes eight players who were together on the 2020 team. The team is drawn from 17 different states and its 22 college players come from 12 different programs. Two of those college players are currently with different United States Hockey League junior teams while Harvard University’s season has been canceled along with other Ivy League sports.

Those different backgrounds have not gotten in the way of team preparations, according to what Leaman saw throughout camp.

After time together in quarantine, Leaman is hopeful that will grow even stronger.

“I’m confident that this team knows what those things are. They’re getting it done in practice.”

The team skated together Sunday before flying to Edmonton where the four-day quarantine means no skating as they are confined to their hotels without any outside contact.

Then, after resuming practice, the team will get a chance to see how it performs against an opponent with exhibition games against Switzerland and Finland Dec. 20 and 22.

Team USA also faces Austria, Czech Republic and Sweden in its group. All games, including pre-tournament games, are televised live by NHL Network.

Switzerland and Finland are in Group A alongside Slovakia, Germany and host Canada.

Team USA will be trying to earn its fifth medal in six years in the Under-20 tournament, which this year is for players with birth years of 2001 or later.