So, it came as a bit of a surprise to Roque — a member of the U.S. Women’s National Team — that when she went to play college hockey at Wisconsin, she learned that many others didn’t have the same experience around Native American culture.

Roque grew up in Sault Ste. Marie, Michigan, but her tribe, Wahnapitae First Nation, is from the Sudbury area of Ontario, Canada. Roque, the daughter of Jim and Julia, is a dual citizen of the United States and Canada because her father is originally from Canada and he’s also Native American. Roque’s uncle Larry was also recently voted in as chief of the Wahnapitae First Nation, part of the Ojibwe First Nation, and some of her family still lives on the land off of Lake Wanapitei, which includes an ice skating rink. 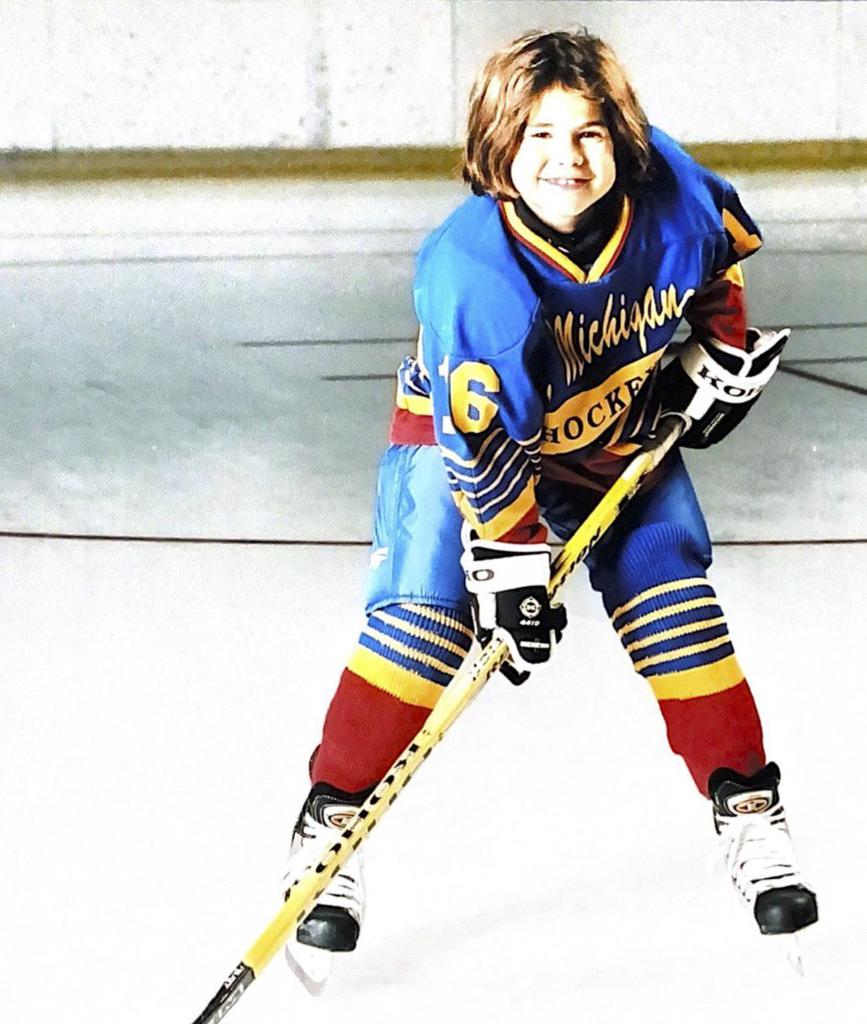 “It’s a great community to be part of,” Roque said. “I love to represent our tribe because they’ve done so much for me and they’ve always been so supportive. The community itself is really special and it’s nice to have all of their support.”

Roque’s father spurred her love for hockey. It started with building a rink annually in the family’s backyard for Roque and her sister Emma, who was also heavily involved in athletics, including soccer, basketball, volleyball, track and field and figure skating.

“He always built that rink, and he started with a small one because he wanted my sister and I to skate,” Roque recalled. “We tried figure skating, but I really hated it because all I wanted to do was play hockey. Being around the sport, I just kind of fell in love with it. I always wanted to go to the rink with him and help with practice pushing pucks. I just wanted to be there.” 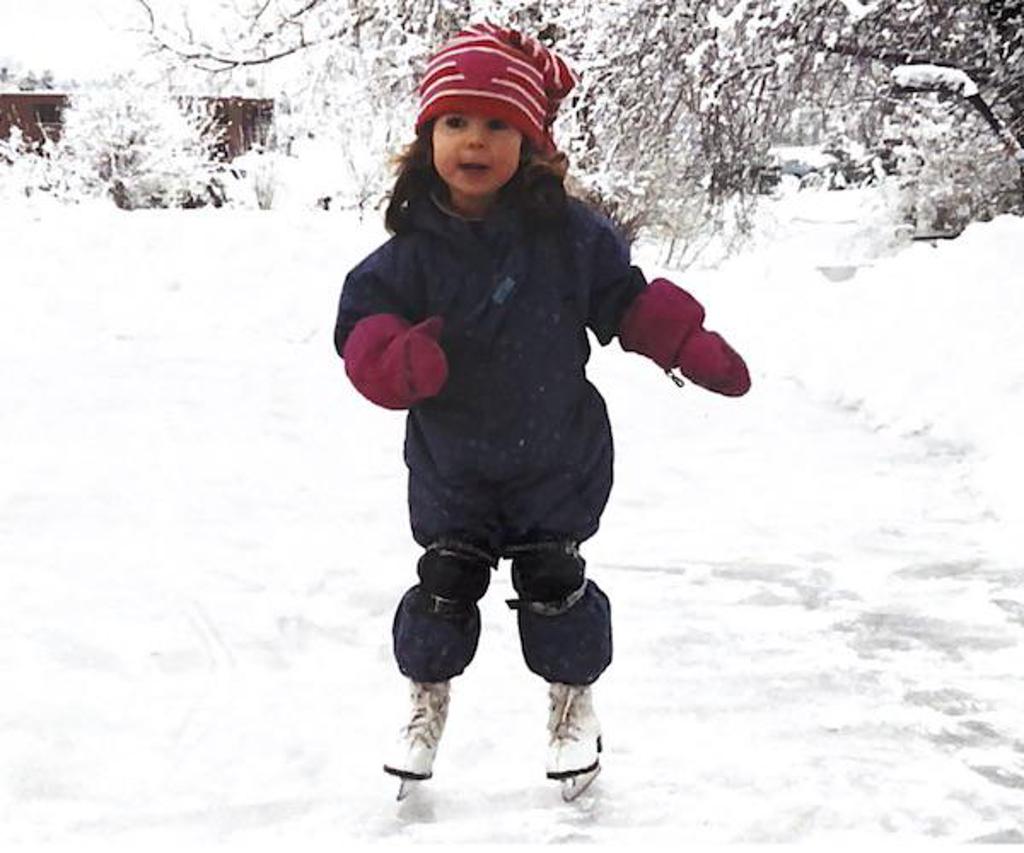 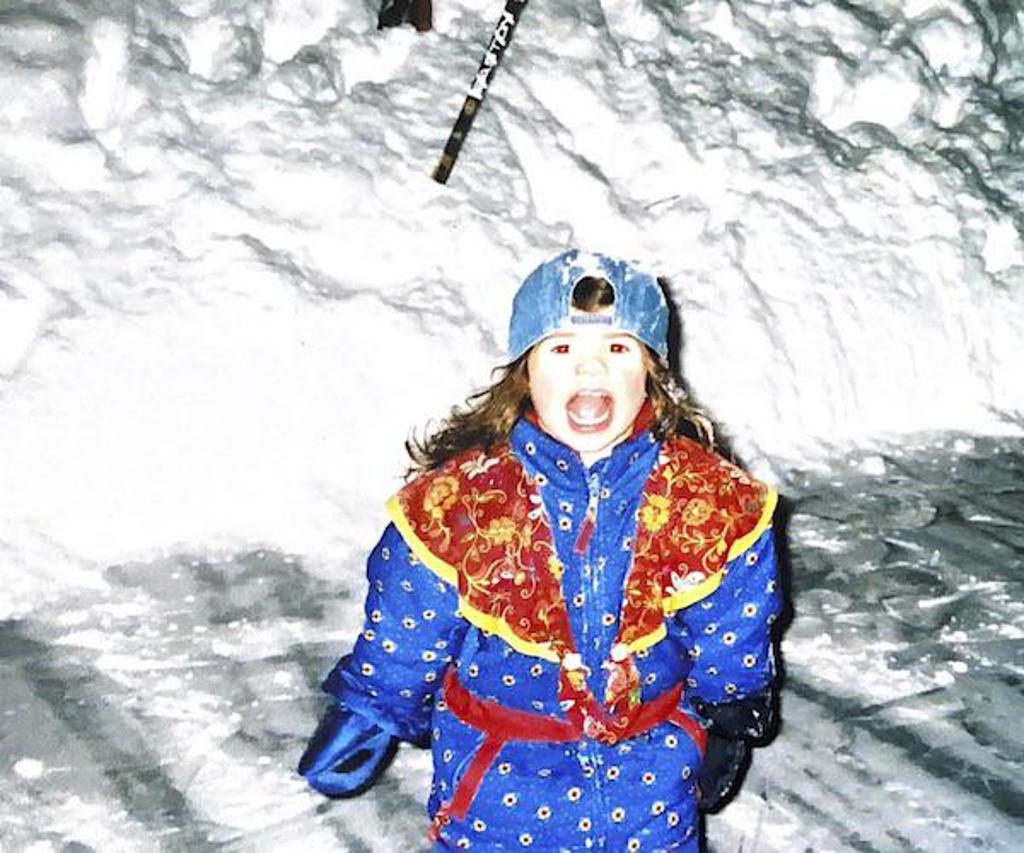 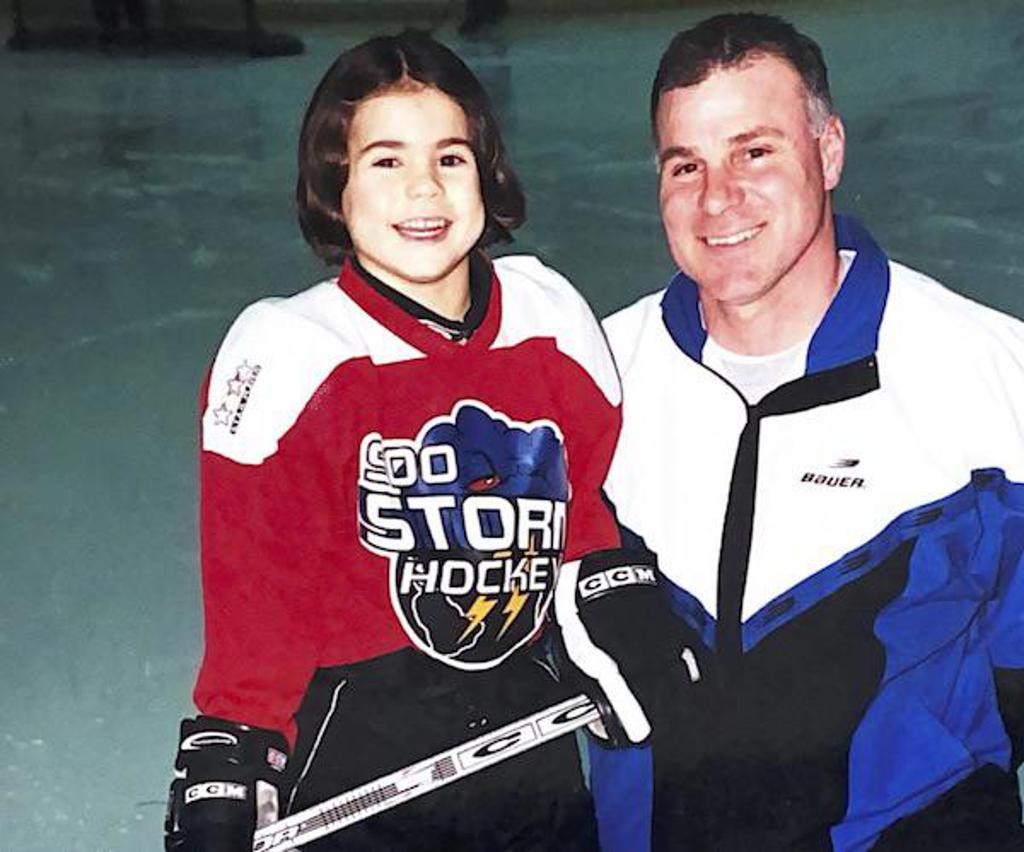 Roque was always around the game, as her father worked as a college coach at Lake Superior State and he’s currently a pro scout with the Toronto Maple Leafs. Her father is a Canadian citizen, but Roque said that’s not a conflict of interest when the U.S. Women’s National Team faces Team Canada, its biggest rival.

“It’s pretty funny to watch my dad truly root against [Canada],” Roque said. “I grew up with some Hockey Canada shirts and hats, but he loves USA Hockey now and rooting for our team and me.”

Roque, because of her dual citizenship, could’ve played for Hockey Canada at one point in her career, but she always wanted to play for the U.S. 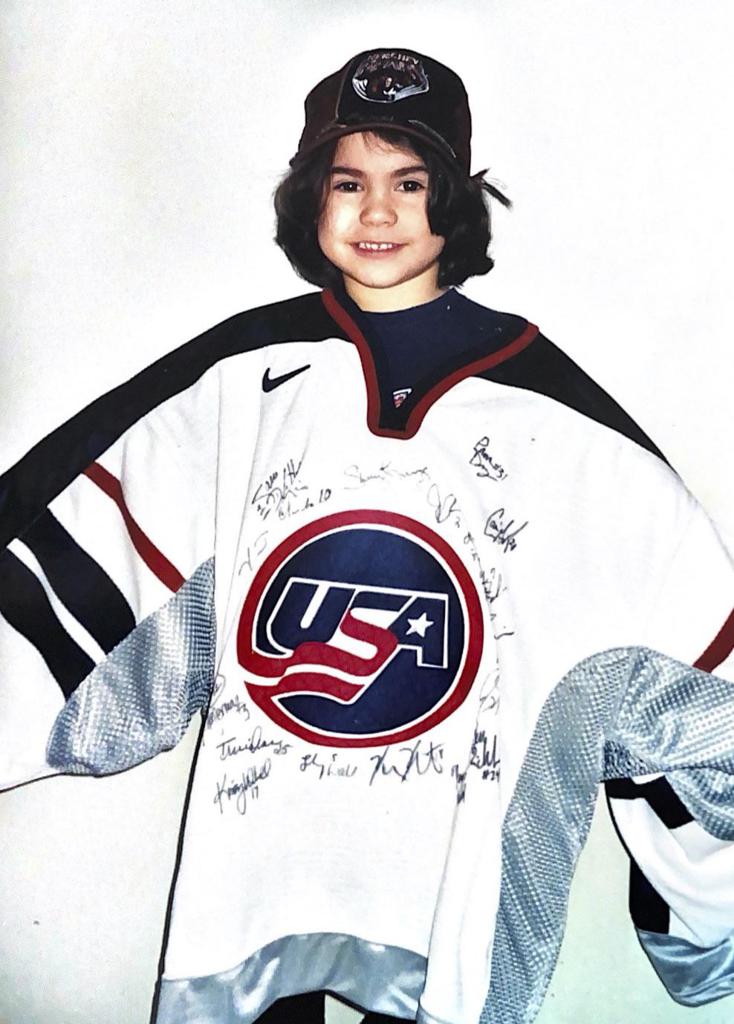 “I’m an American, I’m from here, so I never really considered it as an option,” Roque said. “He wanted me to know that I could if I wanted to, but I didn’t really give that much thought.”

The decision has paid off for Roque, who was named the Bob Allen Women’s Hockey Player of the Year in 2020, an award that salutes the accomplishments of outstanding American-born women’s ice hockey players.

Roque, as an alternate captain, led Wisconsin to a top-three national ranking. She also earned a spot on the Women’s National Team roster in the 2019-20 Rivalry Series and the IIHF Women’s World Championships, which were canceled because of the global pandemic.

Roque gave credit to her father for helping her to reach this point.

“I think it helps, just with my hockey knowledge, growing up with a dad who has a smart hockey IQ, and who was a coach and now a pro scout,” Roque said. “It has really helped my development.”

Roque also enjoys educating others about her Native American heritage. She is using her platform on the U.S. Women’s National Team to represent her tribe.

“It’s great to be able to talk and teach about my Native American culture and of our specific community’s culture,” Roque said. “When I left, I didn’t realize how small the numbers were of Native American hockey players, so for me, it’s doing all I can to help do things to allow hockey to be more inclusive.”