“Monique and Jocelyne were fierce competitors, and their desire to win was evident every time they wore the USA jersey,” said Pat Kelleher, executive director of USA Hockey. “They have been a big part of the success of our program for many years. We thank them for their passion and dedication and wish them nothing but the very best in the future.”

Their exemplary careers were highlighted by competing in three Olympic Winter Games, punctuated by a gold-medal performance in the 2018 Games in PyeongChang, South Korea. It was Lamoureux-Morando’s late game-tying goal that pushed the 2018 gold-medal game against Canada into overtime, before Lamoureux-Davidson scored the decisive goal in the shootout to lift the U.S. to its first gold medal in Olympic women’s ice hockey in 20 years.

The duo also helped the U.S. to a silver medal at the 2014 Games in Sochi Russia, and at the 2010 Games in Vancouver, British Columbia.

“The success this program has enjoyed since Monique and Jocelyne became part of it is remarkable,” said Katie Million, director of the women’s national team program for USA Hockey. “We’re most grateful to both of them for their many, many contributions and know they will continue to be successful with their future endeavors.” 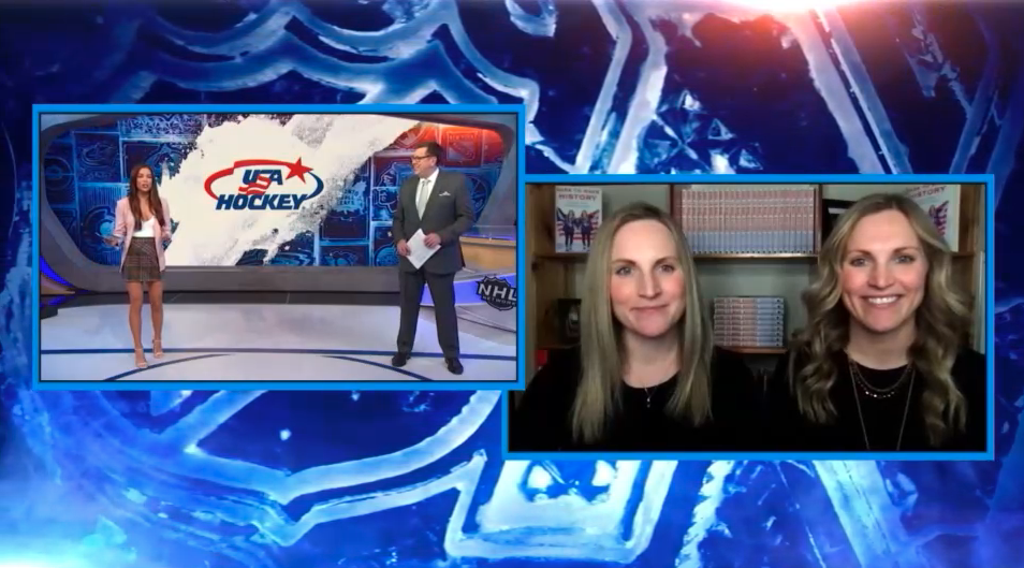 “Our dream since as long we could remember was to wear the red, white and blue and become Olympic champions together,” said Lamoureux-Morando and Lamoureux-Davidson. “As twins, our hockey career and lives will forever be intertwined, so it is only fitting that we are retiring together as well. We want to thank USA Hockey for giving us the opportunity to represent our country for so many years. It is the right time for us to step away from the game as players but we will remain in hockey in some capacity moving forward. Thank you to all of our teammates, coaches and fans who have supported us during our hockey journey.” 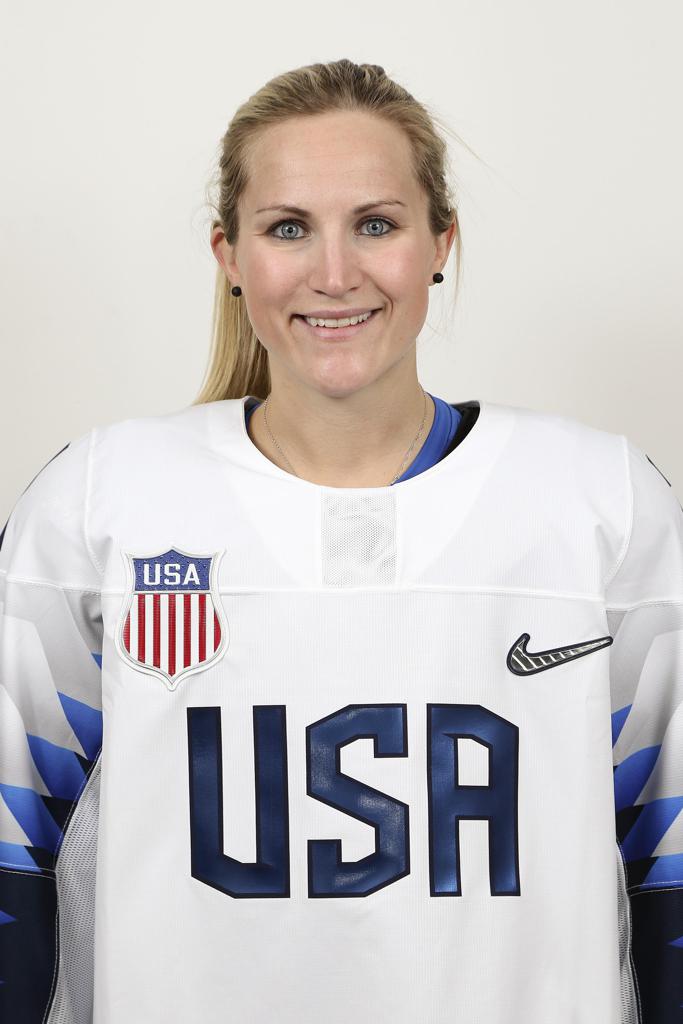 Lamoureux-Morando began her playing career with the U.S. Women’s National Team at the Four Nations Cup in 2006. The Grand Forks, N.D., native competed in all four games and helped Team USA to a second-place finish. In 2009, she made her debut at the International Ice Hockey Federation Women’s World Championship where she helped the U.S. capture gold and its first IIHF No. 1 world ranking since the system was introduced in 2003. In total, she represented the U.S. in seven IIHF Women’s World Championships with six gold medals to her credit (2009, 2011, 2013, 2015, 2016, 2017), along with one silver medal (2012). She earned the directorate award as the top forward in the 2011 event and was part of the media all-star team at forward in 2012 and on defense in 2015, 2016 and 2017.

In total, Lamoureux-Morando skated in 135 games for Team USA with 143 points, including 62 goals and 81 assists.

Lamoureux-Morando played four seasons of college hockey, including one for the University of Minnesota (2008-09), where she helped the Gophers reach the Frozen Four, and three for the University of North Dakota (2010-2013). In splitting her career at forward and defense, Lamoureux-Morando finished her collegiate career with 265 points (113 goals, 152 assists) in 149 games, tied for fifth all-time in NCAA history. Among her numerous accolades, Lamoureux-Morando was a two-time top-10 finalist for the Patty Kazmaier Memorial Award (2009, 2012).

Lamoureux-Morando also played three seasons of professional hockey, including with the Boston Blades in 2014-15 and the Minnesota Whitecaps from 2015-17. She is currently a supporting member of the PWPHA. 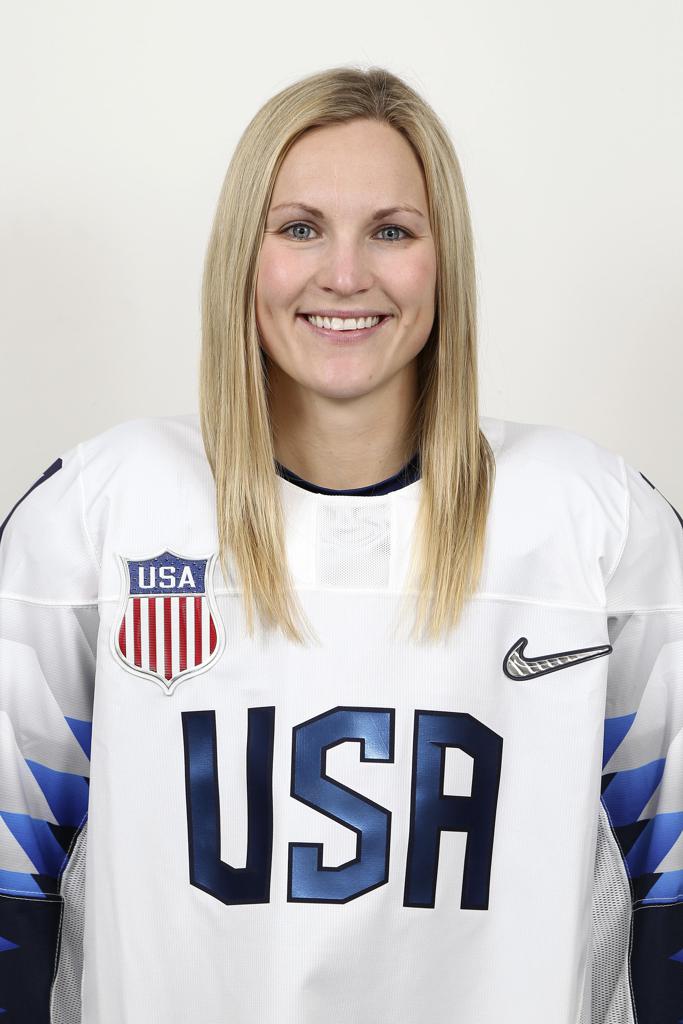 Lamoureux-Davidson started her career with the U.S. Women’s National Team at the 2006 Four Nations Cup where she played in all four games and helped the U.S. to a second-place finish. She was part of the U.S. team that won the 2008 Four Nations Cup before making her debut at the International Ice Hockey Federation Women’s World Championship in 2009 where the U.S. captured the gold medal and subsequently earned its first No. 1 world ranking. She went on to play in six additional world championships, earning five more gold medals (2011, 2013, 2015, 2016, 2017) and one silver (2012).

Lamoureux-Davidson spent her first college campaign playing for the University of Minnesota in 2008-09 where she helped the Gophers to the Frozen Four. She then transferred to the University of North Dakota and played three seasons (2010-13) at UND. In her four-year collegiate career, she recorded 285 points (125 goals, 160 assists) in 149 games, which ranks third in NCAA history. Among her many accolades, she was recognized as a top-3 finalist for the Patty Kazmaier Memorial Award in 2012 and was also a top-10 finalist in 2013.

Lamoureux-Davidson played two seasons of professional hockey with the Minnesota Whitecaps (2015-16, 2016-17) and is currently a supporting member of the PWPHA.

The Ice Garden: Retiring Lamoureux twins reflect on growth of game in US and abroad

The Athletic: Lamoureux twins, who led U.S. hockey to gold in 2018, announce retirement