When Clair DeGeorge attended the first in-person class of her senior year, the Bemidji State forward and Team USA prospect was 12 games into a delayed WCHA schedule.

Lauding the league’s brass for their persistence and proficient C-cuts around a self-explanatory obstacle, she said this year’s allotment has been “more than we expected once COVID hit.”

The Beavers had already lost the 2020 conference quarterfinals when the pandemic preempted the national tournament. For the rest of the calendar year, they sandwiched the summer with distance learning.

When they reconvened, they did so virtually as a whole or face-to-face in halves according to residential location on campus. Meanwhile their first four games moved to mid-December.

Bracing for a worst-case scenario, ice-wise, meant remembering a timeless principle from DeGeorge’s parents. School comes first, after all, a line of work repurposing the takeaways from academics and athletics is bound to outlast one’s playing days. 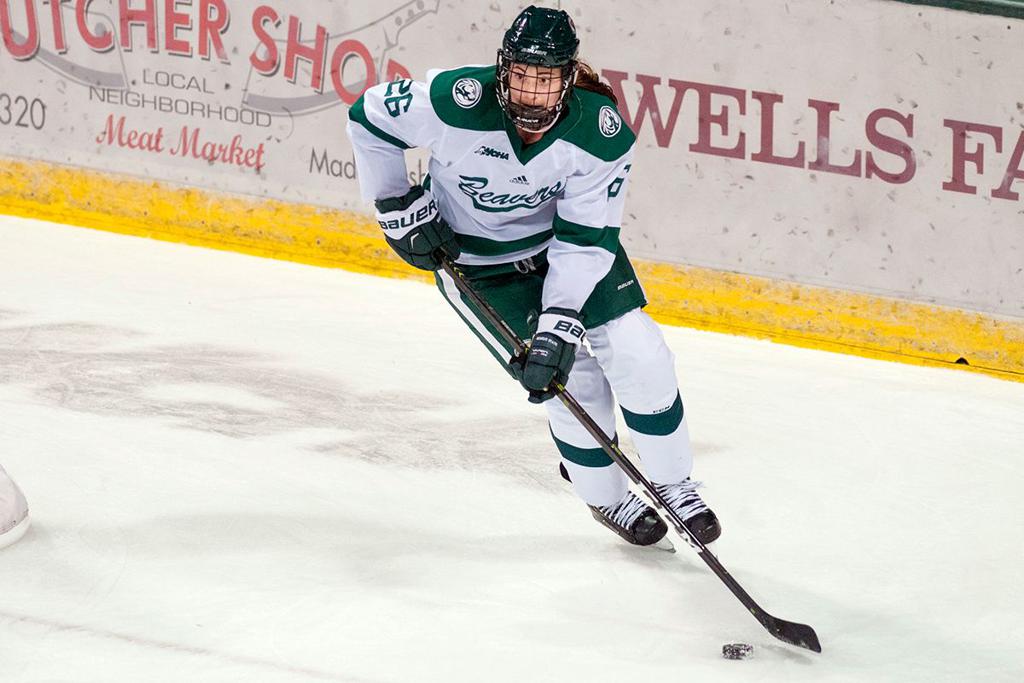 DeGeorge has been a key part of the Beavers team. (Photo: Bemidji State)

But for the nursing major, this season means more than keeping the game in her life, let alone bolstering her international credentials, which already includes a gold medal at the 2017 Under-18 Women’s World Championships. Being BSU’s co-captain bears an invaluable chance to hone a host of carry-over C’s.

Communication, collaboration, and candor are crucial to her post-hockey dream. Those assets have undergone extra testing as the nursing program has adapted to an ongoing public health storyline.

“It definitely wasn’t entirely normal in our lab,” DeGeorge said the day after the lab reopened. 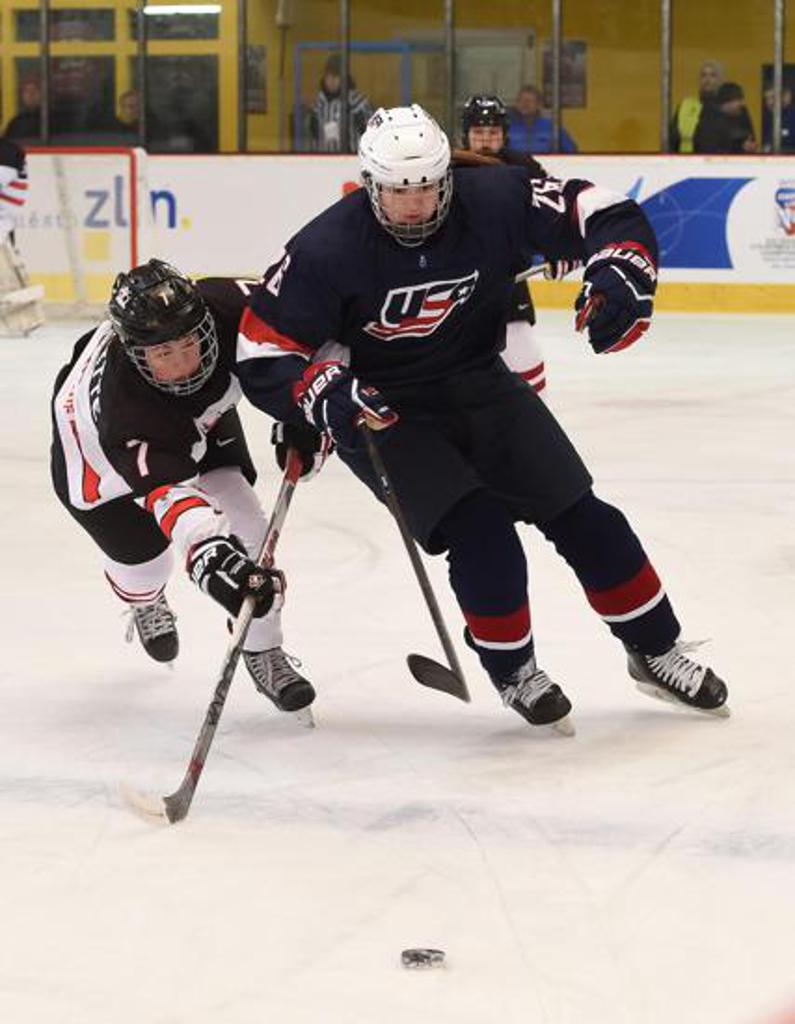 “It’s the new normal,” she clarified. That meant utilizing the PPE and physical distance guidelines mentally ingrained months in advance.

“It was nice, though, just to be back with all my classmates I hadn’t seen in pretty much almost a year,” she continued. “Getting the human interaction back was definitely alleviating.”

The catharsis was comparable to when the Beavers resumed play. Even with its own adjustments, particularly an absence of live fans, the rink has been refreshing and stimulating.

“You didn’t need to get energy from having people cheering,” DeGeorge said of opening night.

While the season was postponed, she did feed off another gratified audience while representing an all-state team. BSU’s nursing students spent the fall semester contact tracing for the Minnesota Department of Health.

“It’s a rewarding experience for sure,” she said, “knowing you have a part to stop the spread.”

The forward fulfilled a new first-layer-of-defense job, aiming to “lessen the workload of the healthcare workers who are on the frontlines.” This meant reaching more potential or confirmed carriers than one can tally, all in the name of a statistic as unquantifiable as it is vital.

“It’s a much bigger job than it seems,” DeGeorge noted. “One person can have tons of contacts and didn’t even know they had COVID.”

When they learn they do, it takes a two-way titan to help them through. Tracers equipped with health knowledge, current data, and guidance assume that role. To address the human element, they tap into their inner psychiatrist.

“Just trying to listen to them and be there for them to talk to,” DeGeorge said of her beneficiaries. “Being put in isolation for two weeks, not being able to go to work, it’s not easy for anyone.”

She shows her teammates the same understanding. DeGeorge, along with fellow nursing major Kerigan Dowhy and five biology students, shares her expertise upon request or as needed to keep everyone smart and safe.

“I do think a lot of our teammates are really well-educated on the matter,” she said.

Nonetheless, it is tempting to go astray when pandemic fatigue lurks. That is when the health scholars lend a boost of fact-backed courtesy.

As unfavorable as the situation is, it brings another layer of leadership lessons relevant to DeGeorge’s longest-term aspirations. It also lets her give back what she has absorbed while pursuing her long-term athletic craving.

Two holiday seasons ago, DeGeorge got her first break with the U.S. Women’s National Team. She dressed alongside 10 Olympians in the first game of the inaugural Rivalry Series against Canada.

“The more experienced players have taught me a lot about having confidence in yourself,” she said. “I think that’s something I struggled with in a hockey sense.”

Now her conviction is shining on the stat sheet. DeGeorge leads the Beavers with nine points, including an overtime goal and assist plus BSU’s only special-teams strike, an opening-night shorthanded goal that forced another fourth period.

School-wise, DeGeorge’s drive has derived four university presidents’ list honors. The biannual accolade comes from retaining a 4.0 GPA throughout a given semester.

This multifaceted foundation, she believes, will translate to a career defined by “having confidence when I go into a patients’ room that I know what I’m doing.”

Until then, there is only so much she knows for sure. Academic overtime toward an advanced degree is tempting, but back in the game, it is largely wait-and-see.

Come what may, DeGeorge will scrap for a maximum extension of competitive hockey, one half of her lifelong norm.

“I don’t think I’m ready to part with that,” she said.