The U.S.-born stars both reached 1,000 games played in the National Hockey League this week, as the pair hit the mark less than five days apart. Yandle, of Milton, Massachusetts, played in his 1,000th NHL game on Sunday in Carolina, while Kane, a native of Buffalo, New York, reached his 1,000th career game on Tuesday in Dallas.

“It’s crazy that you get to a thousand so quickly,” Kane said. “It seems like just yesterday I was just starting in the league. It’s amazing to get to this number and I feel very fortunate to play in the league for this long and this many games.”

The two will cross paths following their historic week, as the Panthers plan to honor Yandle’s accomplishment in a pregame ceremony on Saturday when Florida hosts Kane and the Blackhawks.

“I’m lucky every day to be playing in the NHL and calling this a job,” Yandle said. “I never really had a goal … I never really thought I’d even make it to the NHL, so it’s kind of one of those things where I’m enjoying the ride and enjoying every minute of it.”

No caption can really do this justice. Unreal accomplishment, Yands.

Kane said it was difficult to pick just one favorite game that stands out among his last 1,000 played in the NHL.

“There are so many different memories that come to mind,” Kane said. “Obviously, the games going back home to Buffalo are fun, and I remember a game where we were down 5-0 against Calgary in the first period and we came back and won 6-5 in overtime. I could keep thinking of different memories, but I’ve played a lot of great games for the franchise and the organization throughout the time I’ve been here.”

Kane has also represented the United States eight times in international play, including two Olympic Winter Games (2014, 2010). In 2010 in Vancouver he helped lead the U.S. to a silver medal.

At the 2018 IIHF Men's World Championship, one of his three appearances at the tournament, Kane was the first-ever U.S. player to earn Tournament MVP honors, captaining Team USA to a bronze medal. The record-setting performance included a tournament leading and U.S. single-tournament record of 20 points (8G, 12A). 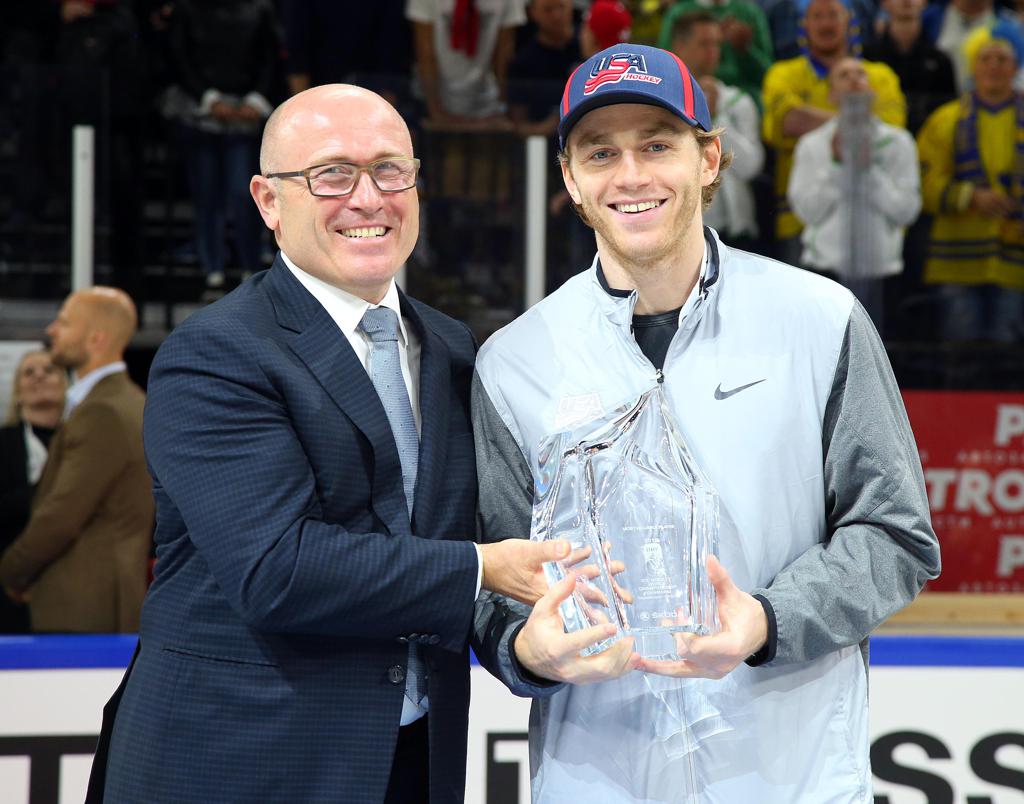 Yandle, a 2005 fourth-round draft pick by the Phoenix Coyotes, is the fifth member of the 2005 NHL Draft class to reach 1,000 games and only the second defenseman to do so. Yandle, a 15-year veteran and three-time All-Star, played 558 games for the Coyotes and 103 with the New York Rangers before signing a seven-year contract with the Panthers prior to the 2016-17 season.

Yandle’s 1,000-game run is unique, as it coincides with the NHL’s longest active consecutive games played “Ironman” streak. The 34-year-old Yandle played in his 890th consecutive game against Carolina, which is the third-longest in NHL history and the longest by a defenseman. His “Ironman” streak, which trails only Doug Jarvis (964) and Garry Unger (914), began on March 26, 2009, while he played for Phoenix.

“When I first got into the league, there were a lot of older guys, and the league was older,” Yandle said. “A lot of veteran guys were around who really helped me out, so I think for me, it’s taking pride in being a good veteran, being a good teammate and being able to help guys out, whether it’s on the ice or of the ice because I’ve had a lot of guys who have helped me along the way.”

Kane enjoyed a breakout February, as he led the NHL with 17 assists and 24 points in 13 games. Included in the mix was his 400th career goal, scored on Feb. 28, making Kane the ninth U.S.-born skater, 10th active and 100th player in league history to score 400 career goals. The 32-year-old Kane became the youngest U.S.-born player to score 1,000 career points when he reached that mark last season. Kane is within striking distance of passing Joe Mullen and Keith Tkachuk for fifth on the all-time points list among American players and he’s not far from Brett Hull’s record of 1,391.

Kane’s parents and three sisters weren’t able to attend his 1,000th game at Dallas, but he recognized the sacrifices that were made at an early age, which allowed him to reach the National Hockey League.

“Unfortunately, they’ve missed some cool milestones recently, but they’ve been to so many games and they’ve given me so much great support over the years,” Kane said. “Those are memories you think of and my family has been there for me since day one.”