From 2010-17, the U.S. Under-17 Select Team finished in first every year except one in the Under-17 Five Nations Tournament.

Unfortunately, 2017 is the last time Team USA brought home the top finish. This year’s team is trying to change that.

“I think our mindset is every year is a new year and that this is the team that’s going to attack this tournament and we’re going to take the games to the opponent,” U.S. Under-17 Select Team head coach Bob Mancini said. “I fully believe if we play up to our capabilities — I don’t know if you want to say we should expect to win, but we certainly will put ourselves in position to be successful.”

This year’s Under-17 Five Nations Tournament will be held in Visp, Switzerland, from Aug. 17-21. Team USA will vie for the title with the Czech Republic, Germany, Slovakia and Switzerland.

“Everyone knows that we haven’t won it in a while, especially us,” said forward Tanner Adams (Northport, N.Y.). “We don’t really talk about it much, but we all know. Obviously, we all want to win bad. I think this team could do it.”

The players on the U.S. squad are 2005 birth years and will be experiencing international competition for the first time in their hockey careers. It’s a special moment for the young skaters.

“It’s definitely an honor to represent the USA and the colors,” said forward Tanner Pierson (Zionsville, Ind.). “It’s a dream come true. It’s something I’ve always wanted to do since I was a little kid. It’s been really neat so far, and we’re just excited to get going.” 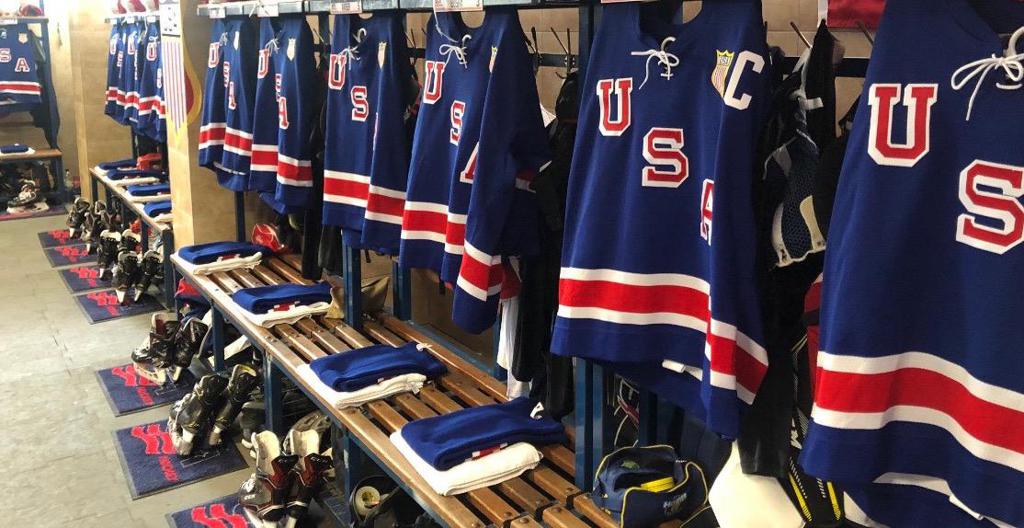 Said Mancini: “When good players at this age get to this point where they have opportunities like this, it’s a cultural experience, it’s obviously a hockey experience and it’s a learning experience. I think it’s exciting for everybody when players as good as these get to put the jersey on and represent their country.”

The 20 players on the U.S. roster — 12 forwards, six defensemen and two goalies — were chosen for the team after participating in the BioSteel USA Hockey Boys Select 16 Player Development Camp in Amherst, New York, in early July.

“When the team was announced, there was a group chat within a few hours, so we’ve been talking to each other and getting to know each other for a while now,” Pierson said. “A lot of us have played on the same teams and tournaments.”

Prior to heading off to Switzerland, Team USA gathered in New Jersey for a few practices that were hosted by the Devils. It was an important time for the guys to bond.

“Since we got to know each other a little bit before the tournament and with all the practices we had, it’s definitely an advantage, because we’re building chemistry with each other and we’re becoming more of a team than I think all the other teams will be,” Adams said. “It’s definitely going to help us out a lot, in my opinion.”

Mancini — who served various roles during the launch and first few years of USA Hockey’s National Team Development Program — said the USA Hockey staff chose this year’s squad based on players who could skate and think.

Team USA showed it is ready to go for the first-place finish by beating Switzerland 8-4 in a pre-tournament game on Aug. 15.

Adams, who scored a shorthanded goal in that pre-tournament winner, is excited about the team’s potential.

“I don’t know a lot about the other teams, but I do know about ours,” Pierson said. “And this is definitely the most skilled team I’ve ever been on. I think we have good chemistry already in the little time that we’ve spent together. We’re just ready to bring home the title.”