"It has been quite the journey and an honor to represent my country," said Cash. "I want to thank all of teammates throughout the years along with the supporters I have gained along the way. You guys have made the journey what it is.

"It's not often that you meet someone as talented and as humble as Steve Cash," said Dan Brennan, director of sled national teams for USA Hockey. "Steve has had an amazing career with the national team. He's a great hockey player, but an even better human being. He has been the foundation of this team for 16 years now and it has been an absolute privilege to work with him all this time. I wish him nothing but the best in all of his future endeavors." 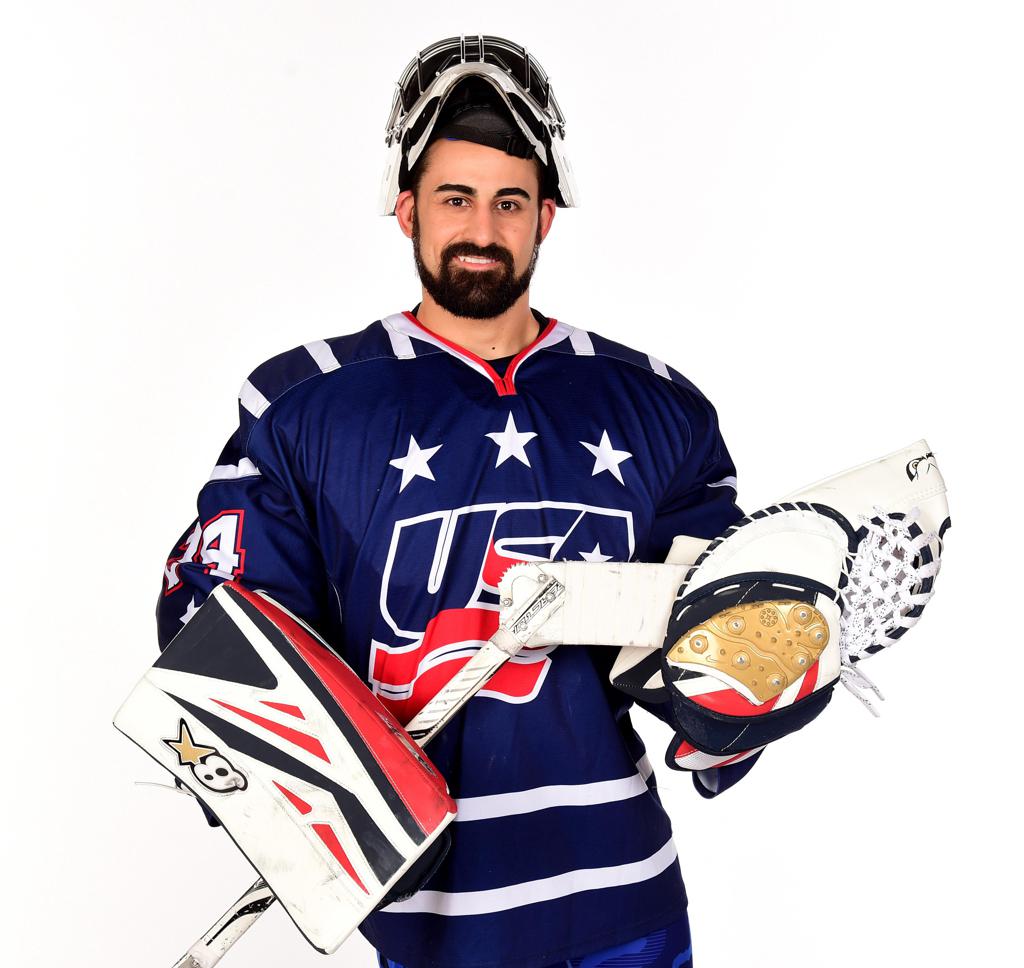 Steve Cash poses for a portrait ahead of the PyeongChang 2018 Winter Paralympics.

Cash has enjoyed tremendous success on the Paralympic stage, helping Team USA earn an unprecedented three-straight Paralympic gold medals. In 15 games of Paralympic play, Cash has allowed just three goals. At the 2010 Paralympic Winter Games, he set a Paralympic record after recording five shutouts and not allowing a single goal in Vancouver. Following that performance, Cash was awarded Best Male Athlete with a Disability at the 2010 ESPYs. He was also named the 2009 Paralympic SportsMan of the Year by the United States Olympic & Paralympic Committee.

In Sochi at the 2014 Paralympics, Cash recorded a 4-0-0-1 (W-OTW-OTL-L) record, including a 0.41 goals against average and .955 save percentage with three shutouts. In addition, he served as the U.S. flag bearer at the closing ceremony.

Cash helped Team USA claim its third-straight Paralympic gold medal at the 2018 Paralympic Winter Games in PyeongChang, South Korea, where he registered a 0.29 goal-against-average, .967 save percentage and a pair of shutouts while winning all four of his starts. In the gold-medal game against Canada, Cash turned away 11 of 12 shots faced as the U.S. came from behind to defeat Canada, 2-1, in overtime.

In other international competition, Cash has competed for Team USA in 13 Para Hockey Cup tournaments, previously referred to as the World Sled Hockey Challenge, helping the U.S. win eight events overall (2009, 2012, 2015, 2016 (Jan.), 2016 (Dec.), 2017, 2018, 2019). In 2019, Cash earned three wins, including one shutout, to lift Team USA to its sixth-straight Para Hockey Cup title in Paradise, Newfoundland. At the club level, Cash has competed with the DASA St. Louis Blues club since 2004 and he helped the Blues win the 2013 Toyota-USA Hockey Adult Sled National Championship.