The U.S. Olympic Women’s Ice Hockey Team is set to continue its Olympic program on Saturday, as the team looks to move to 2-0-0-0 in preliminary-round play with a meeting against the ROC. Puck drop is slated for 9:10 p.m. local time and 8:10 a.m. ET and will be broadcast on USA Network.

The U.S. continues Olympic play against the ROC tonight, marking the second game of a stretch of three games in four days. The two teams have met twice before in Olympic play, with the U.S. winning both contests.

Prior to today's meeting, the two teams last met in the 2021 IIHF Women's World Championship, with the U.S. winning the preliminary-round contest, 6-0. 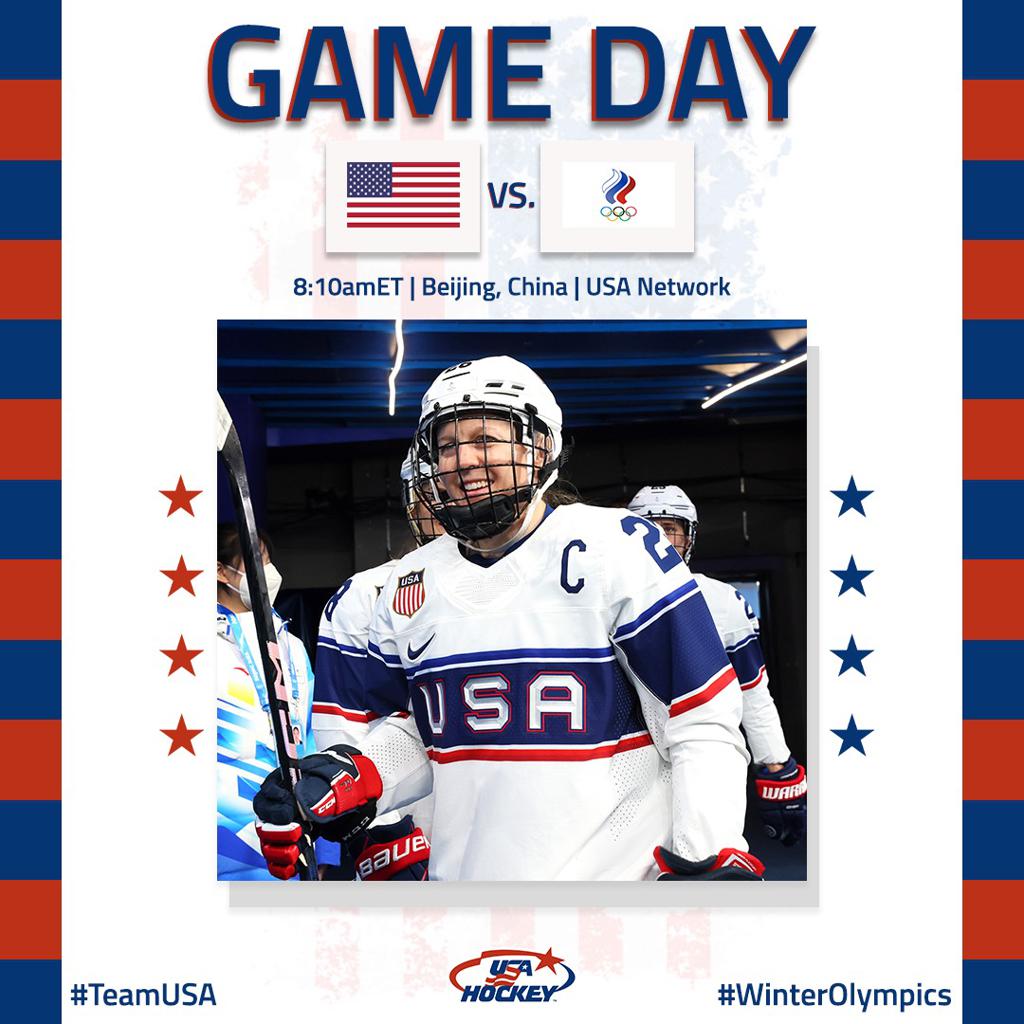 With Thursday's victory, Team USA moved to 7-0-0-0 all time in the opening game of Olympic play.

Forward Hilary Knight (Sun Valley, Idaho) has at least one point in each of the last five games, one at the Olympics and five the U.S. played heading into the Olympics. A four-time Olympian, Knight is no stranger to the big stage with 18 Olympic points (six goals, 12 assists), tied for fourth-most in U.S. Olympic women's hockey history.

Following her assist on Kendall Coyne Schofield's (Palos Heights, Ill.) second goal in a 5-2 contest against Finland, Hilary Knight moved into second all time on the U.S. Olympic assist list. She sits tied with Julie Chu for 12.