BEIJING - Five different players scored to lift the U.S. Olympic Women’s Ice Hockey team past the Russian Olympic Committee 5-0 in its preliminary round matchup this evening at the Wukesong Sports Center.

“I felt that we played really well it just looked differently than when we played two days ago,” said Joel Johnson, head coach of the 2022 U.S. Olympic Women’s Hockey Team. “We generated a lot of possession and generated a lot of shot opportunities, but a combination of good goaltending for Russia and their defensive style that they played limited our quality chances. We had to continue to make adjustments and we saw the difference it made in the third period.”

The U.S. started off strong with a couple promising offensive opportunities from Savannah Harmon (Downers Grover, Ill.) and Jesse Compher (Northbrook, Ill.). Less than three minutes into the game, Harmon chipped a backhand shot right in front and Compher followed it up with another chance that was gloved down by Russian goaltender Maria Sorokina. 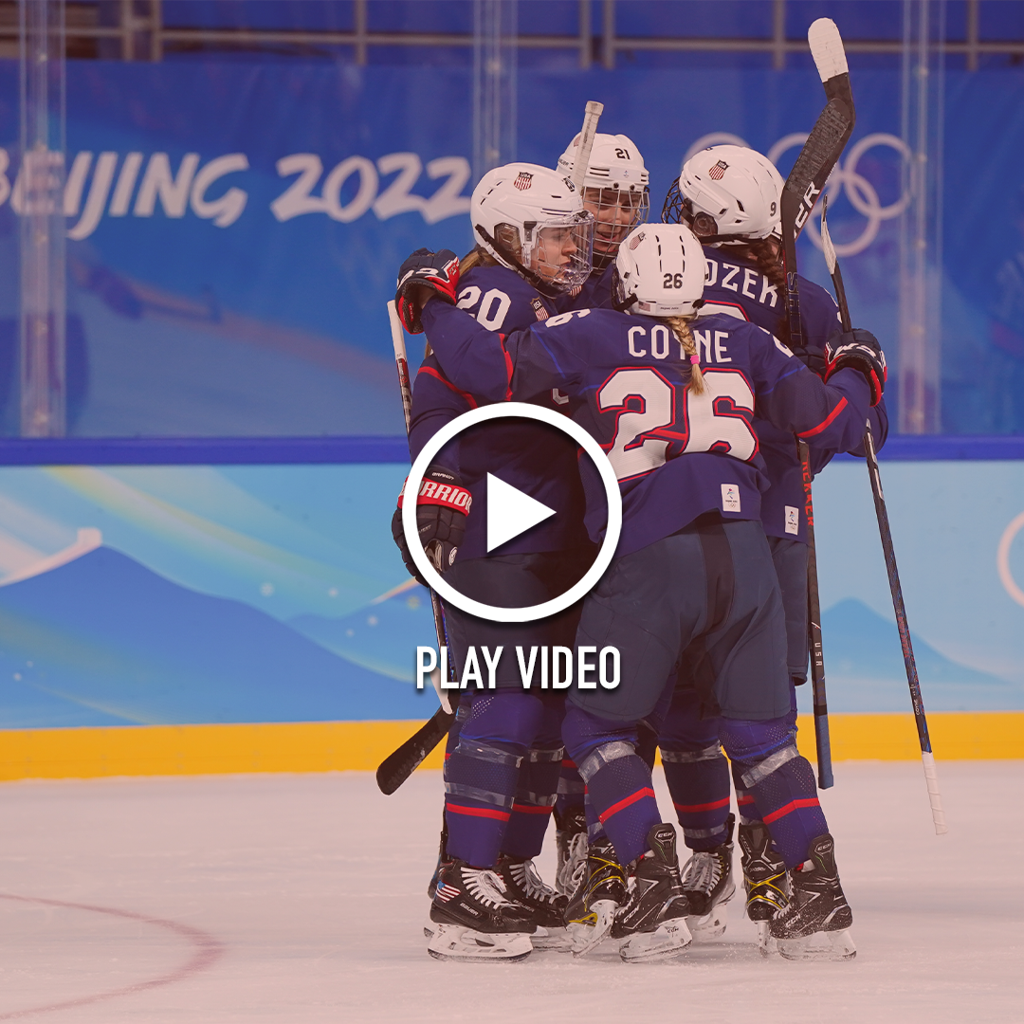 Team USA went up on the power play early in the game after ROC’s Alexandra Vafina took a seat for hooking, but the U.S. was held scoreless until ROC returned to even strength.

At the halfway mark in the first, Kendall Coyne Schofield (Palos Heights, Ill.) had a chance to give Team USA the lead on a fast break into the offensive zone, but could not find the back of net, leaving the score 0-0 with 10 minutes to play in the frame.

Team USA took a 1-0 lead with 7:31 left in the first with a power-play goal from Harmon. Right in front of ROC’s goal, Hilary Knight (Sun Valley, Idaho) made a backhand pass across the crease to Harmon who was waiting on the back door step to tap it in for the lead. Hannah Brandt (Vadnais Heights, Ill.) also earned an assist on the play.

Knight’s assist on Harmon’s goal moves her into fourth all-time in points and second all-time in assists in U.S. Olympic women’s hockey history.

The U.S. outshot the Russian Olympic Committee 19-2 in the first period and maintained a 1-0 lead heading into the second period.

With 11:09 on the clock in the second, Knight extended Team USA’s lead to 2-0 after she tipped in a shot from the point. After Coyne Schofield set up Harmon on the point, Harmon fired a shot on net and Knight, with her stick up off the ice, tipped it up over the shoulder of Sorokina for a two-goal lead.

Nicole Hensley (Lakewood, Colo.), who finished with six saves to earn the shutout for Team USA, made a crucial save with just over five minutes to play in the second period to preserve the score, 2-0.

The U.S. once again returned to the power play late in the second period, which was highlighted by a flurry of scoring chances for Kelly Pannek (Plymouth, Minn.) and Amanda Kessel (Madison, Wis.). Team USA maintained its 2-0 lead heading into the second intermission.

Team USA went on a scoring spree in the third, adding three goals in five minutes to jump out to a 5-0 lead.

Less than five minutes into the third period, Grace Zumwinkle (Excelsior, Minn.) scored her first Olympic goal to give Team USA a 3-0 lead with 16:03 to play in the game. Dani Cameranesi (Plymouth, Minn.) dished the puck from the corner out to Zumwinkle who chipped it in to give the U.S. a comfortable lead.

Minutes later, Compher nabbed her first Olympic goal to give the U.S. a 4-0 lead with 13:45 remaining in the third. Carpenter scored an unassisted goal, her third goal of the 2022 Olympic Games, just over two minutes later to secure a 5-0 lead for Team USA.