U.S. Men Looking To Ace Chemistry Test At The Olympics

BEIJING – David Quinn has been around the game long enough to know a coaching cliché when he hears it. Especially when it comes out of his own mouth.

When asked how much he knows about the competition his team will face in the men’s Olympic hockey tournament, he immediately went into coach mode.

“Honestly, I really haven’t thought much of that at all. We’re focusing every day on getting our team better,” Quinn said after the team’s second practice since arriving here in the early morning hours on Friday.

“I know that’s coach cliche-ish, but it’s so true. It’s all about our team and making sure there’s clarity of what we’re expecting out of them.”

It may not be the kind of bulletin board fodder that will set the Twitterverse ablaze, but it is an honest assessment of where his team stands after only a handful of days together.

The reality is that very little is known about any of the 12 teams in this tournament. Most have only been recently patchworked together in the weeks since the NHL and its players’ association pulled the plug on its players competing in their first Olympics in eight years.

For the time being Quinn is focused on taking inventory of the talent at his disposal and coming up with the right combinations that will give his team the best chance to be successful.

“That’s just part of the process and you’ve got to figure it out in a hurry,” he said. “You kind of have a gut feel of who could play well with who, and then you have guys who have had some experience playing together. So you start with that and then mix and match as you go along. That’s kind of what we’re doing right now.”

In some instances it comes down to hockey’s version of the Kevin Bacon game of six degrees of separation. The hockey world being such a small place, many of these players’ careers have intersected at some point along the way.

For instance, Brian O’Neill and Andy Miele play on a line together with Jokerit in the KHL, and O’Neill and Kenny Agostino played two years together at Yale. Then you have Matty Beniers and Brendan Brisson, who are teammates at the University of Michigan, and Jake Sanderson and Beniers won gold at last year’s World Junior Championship. In addition, a number of them have played with or against each other at USA Hockey player development camps.

“A lot of the guys here know each other already and know how each other plays,” Beniers said. “These are the Olympics so everyone’s good and so smart so it’s not too hard.”

As important as the daily practices are they are only part of the story in developing a winning chemistry. The days in-processing in Los Angeles, the long flight over here and the time spent in the athletes’ village will help form a cohesive unit.

For veterans like Miele, just being around so many talented college players takes him back to his days at Miami (Ohio) University, where he won the 2011 Hobey Baker Award as the nation’s top player. The key to bonding, he said, is making sure every player, from the first line center to the backup goaltender feels like he’s an important part of the team.

“It’s just making sure everyone feels comfortable, letting everyone know that they have a voice and just kind of keeping the pressure down and the energy high,” Miele said. “So far we’re doing a good job of that. We’re having fun and enjoying it as much as we can.” 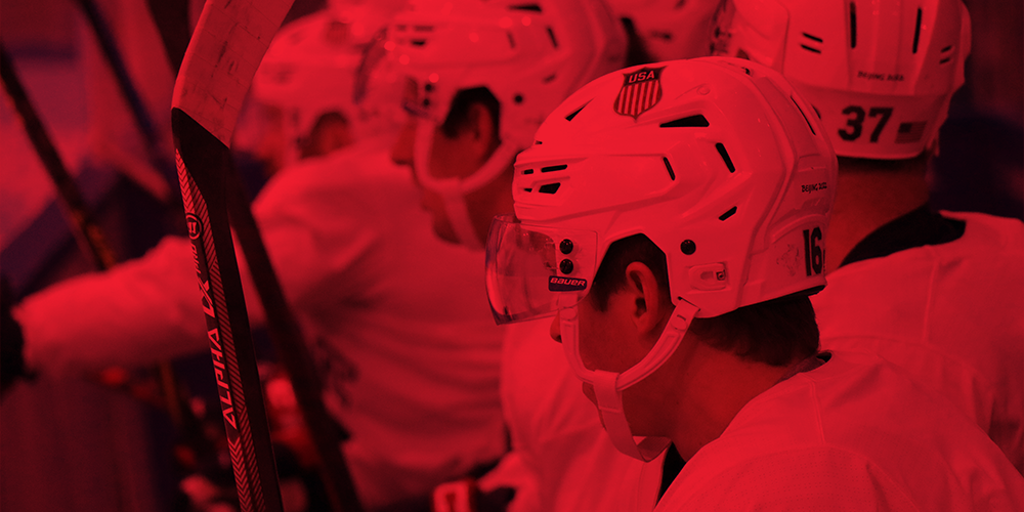