The U.S. Olympic Women’s Ice Hockey Team rolls on through its Olympic program on Sunday with the second game of a back-to-back split against Switzerland. The team will look to move to a perfect 3-0-0-0 in the preliminary round meeting in the third game in four days for the team. Puck drop is slated for 9:10 p.m. local time and 8:10 a.m. ET and will be broadcast on USA Network.

The U.S. continues Olympic play against Switzerland tonight, marking the second of back-to-back games and third of fourth in preliminary-round play. The two teams have met twice before in Olympic play, with the U.S. winning both contests.

Prior to today's meeting, the two teams last met in the 2021 IIHF Women's World Championship, with the U.S. winning the preliminary-round contest, 3-0. 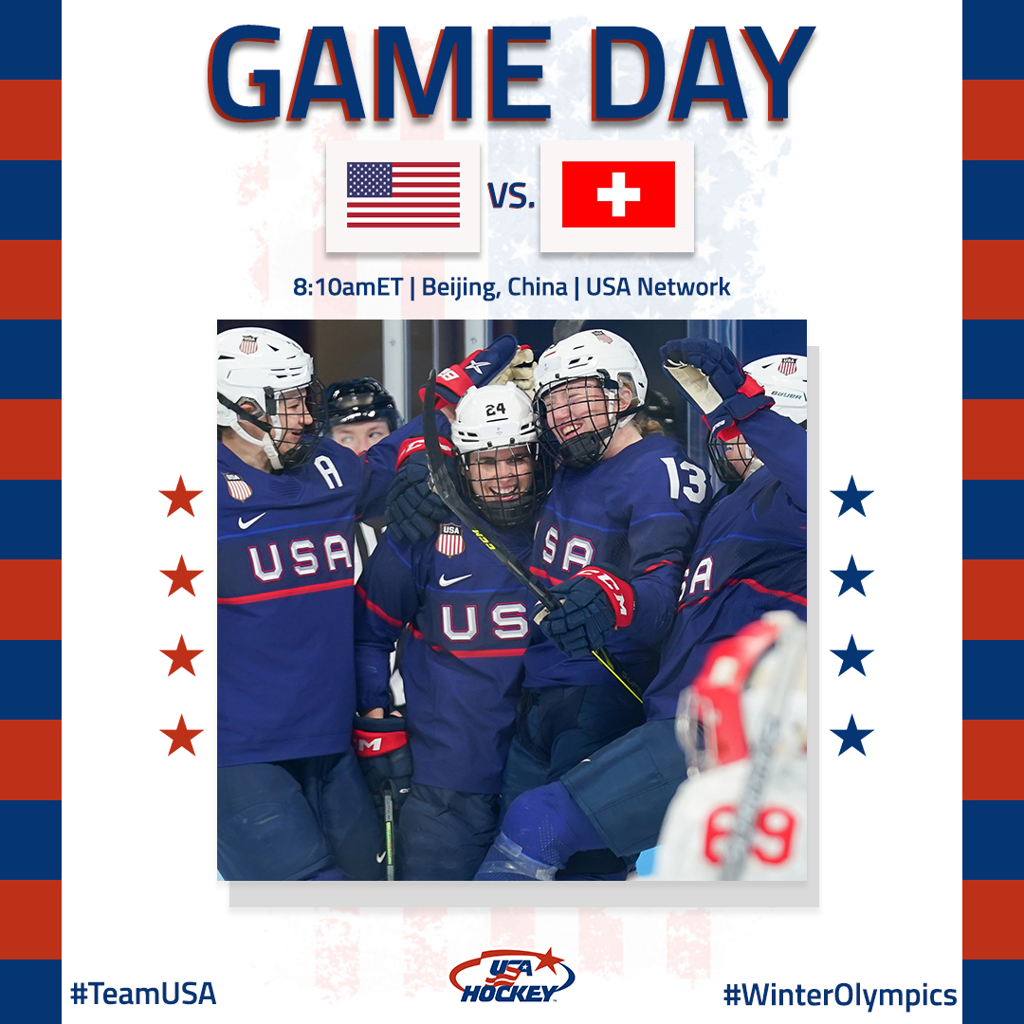 Through the first two games of preliminary round play, 16 different skaters  have tallied at least a point for Team USA, with seven scoring at least one goal. Alex Carpenter leads the red, white and blue with three goals on the tournament.

Through two games, Team USA's defense has held opponents to minimal scoring opportunities, yielding just 12 shots in each of the first two games. Neither opponent has recorded more than six shots in a single period, with both Finland and the ROC both being held to two shots in the first period and second period, respectively.

Through two games, Savannah Harmon leads Team USA with five points (one goal, four assists) including the game-winning first goal against the ROC.

Forward Hilary Knight (Sun Valley, Idaho) has at least one point in each of the last six games, dating back to the Nov. 21, 2021 My Why Tour contest against Canada. A four-time Olympian, Knight is no stranger to the big stage with 20 Olympic points (seven goals, 13 assists), fourth-most in U.S. Olympic women's hockey history.

Following her assist on Savannah Harmon's opening score of the game against the ROC, Hilary Knight moved into second all time on the U.S. Olympic assist list. She sits in sole possession of the second slot with 13 career assists.