BEIJING, China – The U.S. Olympic Men’s Ice Hockey Team will begin its quest for gold here tonight at 9:10 p.m. (8:10 a.m. ET) against host China at the National Indoor Stadium with the first of its three preliminary round games.

Drew Commesso will get the call in goal tonight for the U.S. The 19-year-old is the youngest netminder ever to play on a U.S. Olympic Men's Ice Hockey Team.

It’s been an interesting journey, to say the least, for Team USA that began for most in Los Angeles back on Jan. 30 where all but three players (Strauss Mann, Brian Cooper, Brian O’Neill) went through team processing and practiced on Jan. 31 and Feb. 1 before heading to China on Feb. 2. 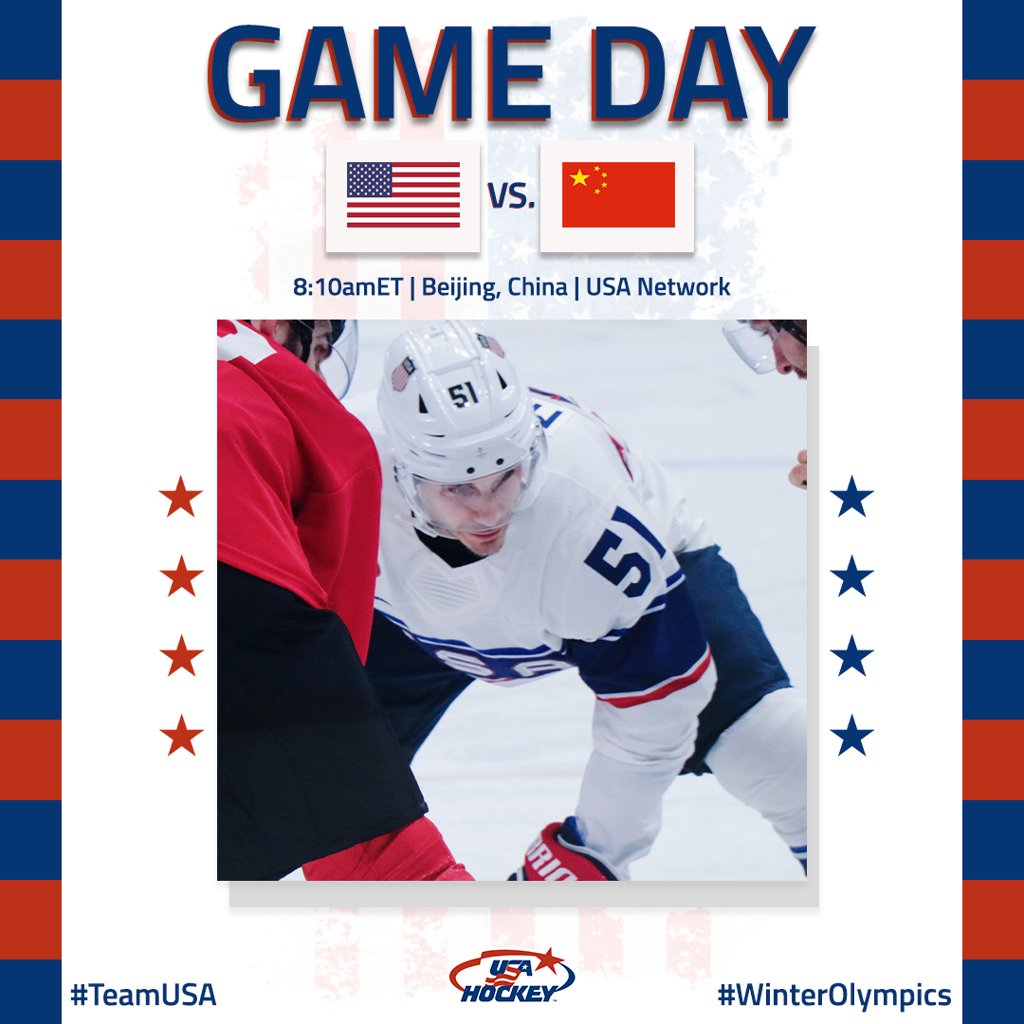 The first U.S. practice in Beijing came on Feb. 4, with two players – Andy Miele and Steven Kampfer -- missing due to inconclusive COVID tests, and Jake Sanderson in L.A. in COVID protocol. Miele and Kampfer returned the next day and the U.S. has had all athletes minus Sanderson for three other practices and one controlled scrimmage against Canada. Sanderson is expected to arrive in China Friday morning (Feb. 11) at 12:30 a.m.

The U.S. and China will meet for the first time ever in Olympic play. Team USA is the home team in tonight’s contest and will wear its blue jerseys.

“We’re excited to get going,” said David Quinn, head coach of the U.S. Olympic Men’s Ice Hockey Team. “Our practices have been up-tempo and it’s been fun to see how our group has come together in a short time.”

The U.S. roster features 15 current collegiate players as well as eight European professionals and three players from the AHL. The roster size is 25 players for the men’s Olympic hockey tournament, however, teams are allowed to bring up to six additional “taxi” squad players who can be utilized in the event of a COVID outbreak or injury. Team USA brought one additional player in forward Justin Abdelkader.

The 12-team Olympic Tournament includes three groups of four, with teams playing a preliminary round against others teams in their group. Following, the top team in each group, plus the team with the next best record, earns a bye to the quarterfinal round. The remaining teams play a qualification round with the winners advancing to the quarterfinals. The semifinals and bronze and gold-medal games follow.