Spot in semifinals on the line

The U.S. Olympic Women’s Ice Hockey Team is set to face Czechia, as the team prepares for the quarterfinal round at the 2022 Olympic Winter Games. Puck drop is set for 11:10 p.m. ET on Thursday and can be watched live on USA Network, Peacock (premium tier) or NBCOlympics.com (with cable authentication) and NBC Sports app (with cable authentication).

The U.S. will face the Czech Republic in the first of four quarterfinal round games set to take place today and tomorrow at the 2022 Olympic Winter Games. The meeting marks the first Olympic matchup between the two squads and first-ever at an international tournament, as the teams have never met at either the Olympics or an IIHF Women's World Championship.

Team USA dropped the final game of preliminary-round play to Canada, 4-2, on Tuesday at the Wukesong Sport Center. With the loss, the U.S. moved to 3-0-0-1. Canada jumped out to a 1-0 lead early in the first before Dani Cameranesi and Alex Carpenter put the U.S. up 2-1 midway through the second. The Canadians then scored three unanswered goals as the teams combined for a five-goal second stanza. Maddie Rooney recorded 23 saves in net as the U.S. outshot Canada, 53-27. 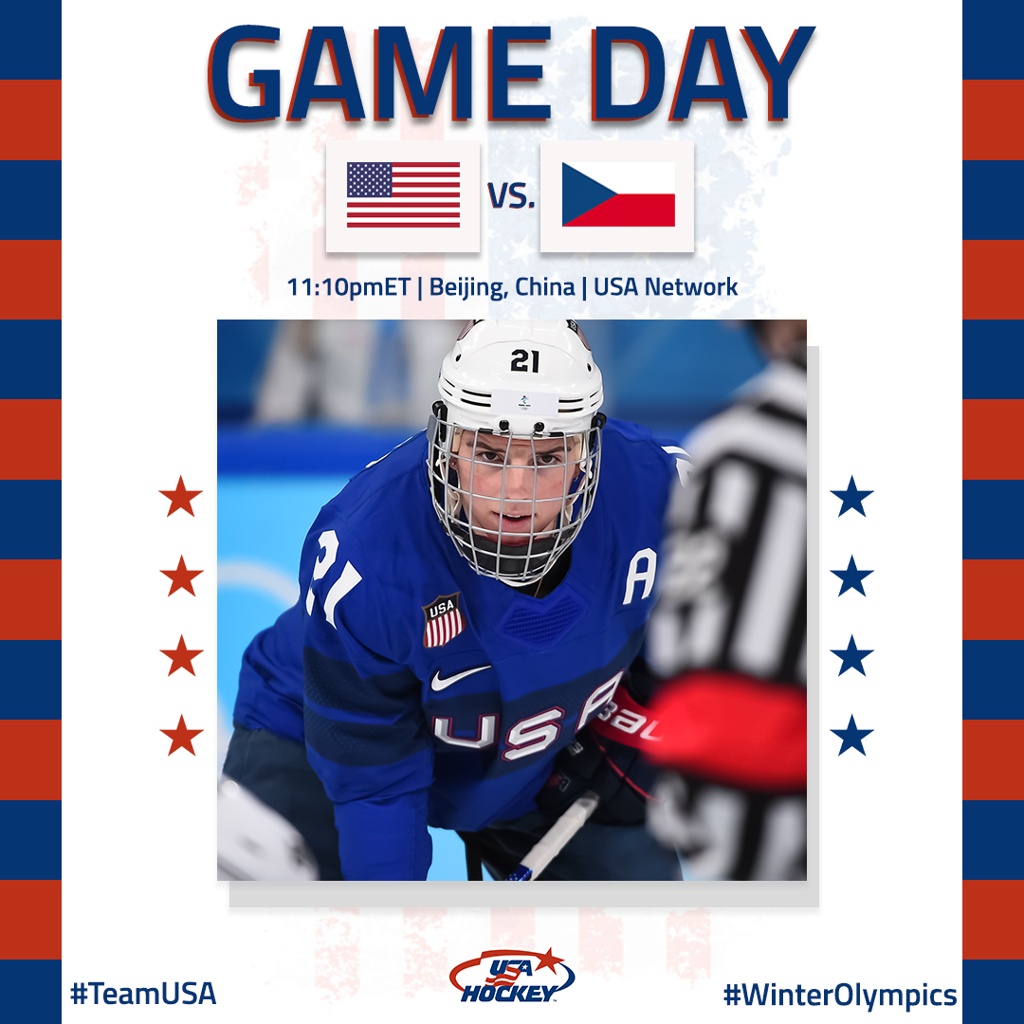 Through preliminary round play, 17 different skaters have tallied at least one point for Team USA, with nine scoring at least one goal. The team is paced by Amanda Kessel (2G, 4A) with six points and Kelly Pannek (2G, 3A), Savannah Harmon (1G, 4A), Hilary Knight (3G, 2A) and Alex Carpenter (4G, 1A) who each have five points. The team has a +14 goal differential on the tournament.

Forward Alex Carpenter leads Team USA with four goals and one assist through four games. The two-time Olympian sits second overall in goals scored in Beijing and second in power play goals (two) as well. Carpenter has a +5 goal differential while on the ice.

Team USA has registered over 50 shots on goal in each of its last four games, outshooting opponents 233-63. Last game, Team USA outshot Canada 53-27, holding them to five shots in both the first and third periods. The U.S. has scored 20 goals throughout the tournament.