Pride And Passion Push Quinn Past His Own Olympic Disappointment

Quinn is prepared to lead his squad of high-flying youngsters

BEIJING – Like any red-blooded American hockey player, David Quinn grew up with the legend of the 1980 U.S. Olympic Team. He was a 14-year-old hockey nut watching the taped-delayed ABC broadcast at his friend Jack Capuano’s house in Cranston, R.I.

Years later Quinn would get to know a number of players from that 1980 team during his coaching tenure at Boston University.

“I remember being in Jack’s living room, watching the U.S. team beat Russia and what a feeling that was,” said Quinn, the pride pouring through the phone during one of his many interviews leading up to the Games.

“Then I was fortunate to get to know Mike Eruzione, Jim Craig, Jack O’Callahan and Dave Silk, from our BU ties and have become friends with all those guys.”

And now Cranston’s favorite son – at least for the next two weeks – gets to write his own Olympic story when he steps behind the bench as his U.S. team takes on Group A in the men’s tournament.

“Olympic hockey has meant an awful lot to me,” he said. “Being an Olympian and being part of the Olympic experience was something that was always a goal of mine as a player.”

A promising prospect with the BU Terriers, Quinn was a member of the U.S.. National Junior Team that claimed the country’s first-ever bronze medal at the 1986 IIHF World Junior Championship.

As a first round pick by the Minnesota North Stars in 1984, things were looking up for the slick-skating defenseman. And then came the news that a rare blood disease would not only scuttle any thoughts of a professional career but his dreams of making the 1988 U.S. Olympic Team.

After the setback, Quinn turned to friend and mentor Ben Smith, who recruited him at BU, to plot a course on a coaching journey that would include stops at USA Hockey’s National Team Development Program, the NHL’s Colorado Avalanche and with the Terriers, where he served as both protégé and successor for the icon Jack Parker. Most recently he spent three years behind the bench with the N.Y. Rangers. 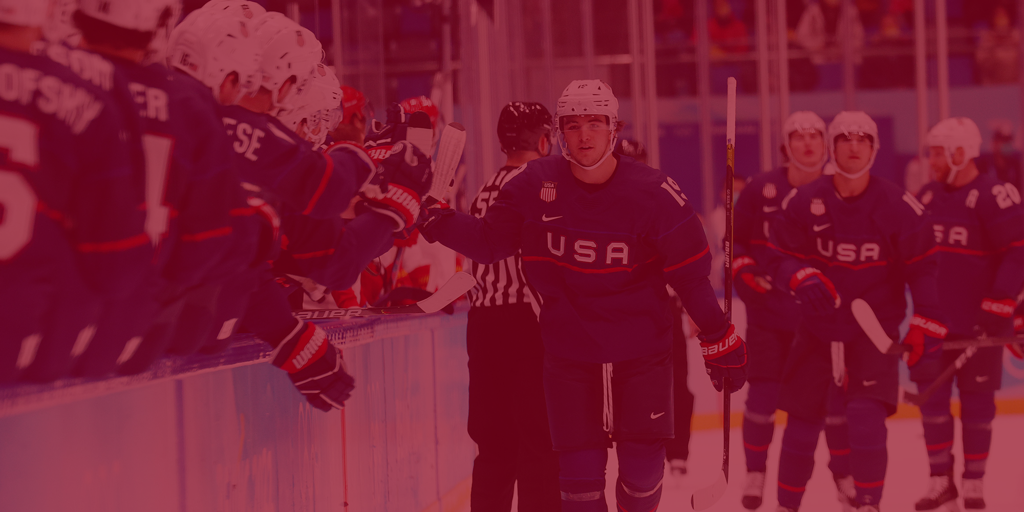 At every stop along the way, Quinn was dedicated to helping the next generation of players fulfill a dream that was so abruptly taken away from him.

All these years later, as he prepared to lead his squad of high-flying youngsters, Quinn brushes off any talk of Olympic redemption for himself. He’d rather keep the focus on this current crop of players who are poised to write their own stories.

“I don’t think our players care about my story about making it or not. I really haven’t had a chance to think about that,” Quinn said.

“Being named the head coach was an incredibly humbling honor but we didn’t have a lot of time to sit there and reminisce about the coulda, shoulda and what could have been.”

Originally tapped to serve as one of Mike Sullivan’s assistant coaches when NHL players were slated to compete in the Olympics, Quinn jumped at the chance to move up the coaching pecking order and take the reins. He immediately went to work with USA Hockey’s John Vanbiesbrouck to create a team on the fly.

When it came to finding players to suit up, Quinn didn’t look beyond his college roots, selecting 15 current collegians to represent the U.S. Throw in a few seasoned veterans playing in the various pro leagues in the U.S. and throughout Europe and you have a team that has some similarities to the team that took the ice in Lake Placid, N.Y., more than 40 years ago.

“We’re excited about the mix,” Quinn said of the final roster. “I think we’ve got a great blend of youth and experience. Our guys look around and they see the roster and they feel very confident in the group that we have. We really feel that we’ve chosen the right team to grow over there and win a gold medal.”

And whatever his role is in making that happen, Quinn is quick to deflect any attention away from his story and place it back on the 23 players who will be living out their dream, as well as their head coach’s, when they hit the ice.

There will be plenty of time once the Olympic flame goes out to ponder his place among the growing list of American coaches having an impact on the game. For now the focus is on the first game of the tournament, and tapping into the unbridled energy of a group of wide-eyed college kids that remind their head coach of a team he watched on his friend’s couch.

“I really haven’t thought that much about the big picture like that for me personally, I’m just thinking about doing everything we can to put our best foot forward,” he said.

“Maybe when this whole thing’s over and we take home a gold medal I’ll have the opportunity to sit back and look at the big picture from a coaching career. But right now my focus and energy is about putting the best team and the best staff together to give ourselves a chance to win.”