The U.S. and Canada played a controlled scrimmage here in Beijing on the afternoon of Feb. 7 at National Indoor Stadium. Drew Commesso and Strauss Mann split time in goal for the U.S. The teams played two 20-minute periods, with each squad having one power play per period.

After a scoreless 40 minutes, a five-minute three-on-three overtime period was played with Ben Myers and Nathan Smith scoring for the U.S. Strauss Mann did not allow a goal in the extra session and stopped two breakaways. 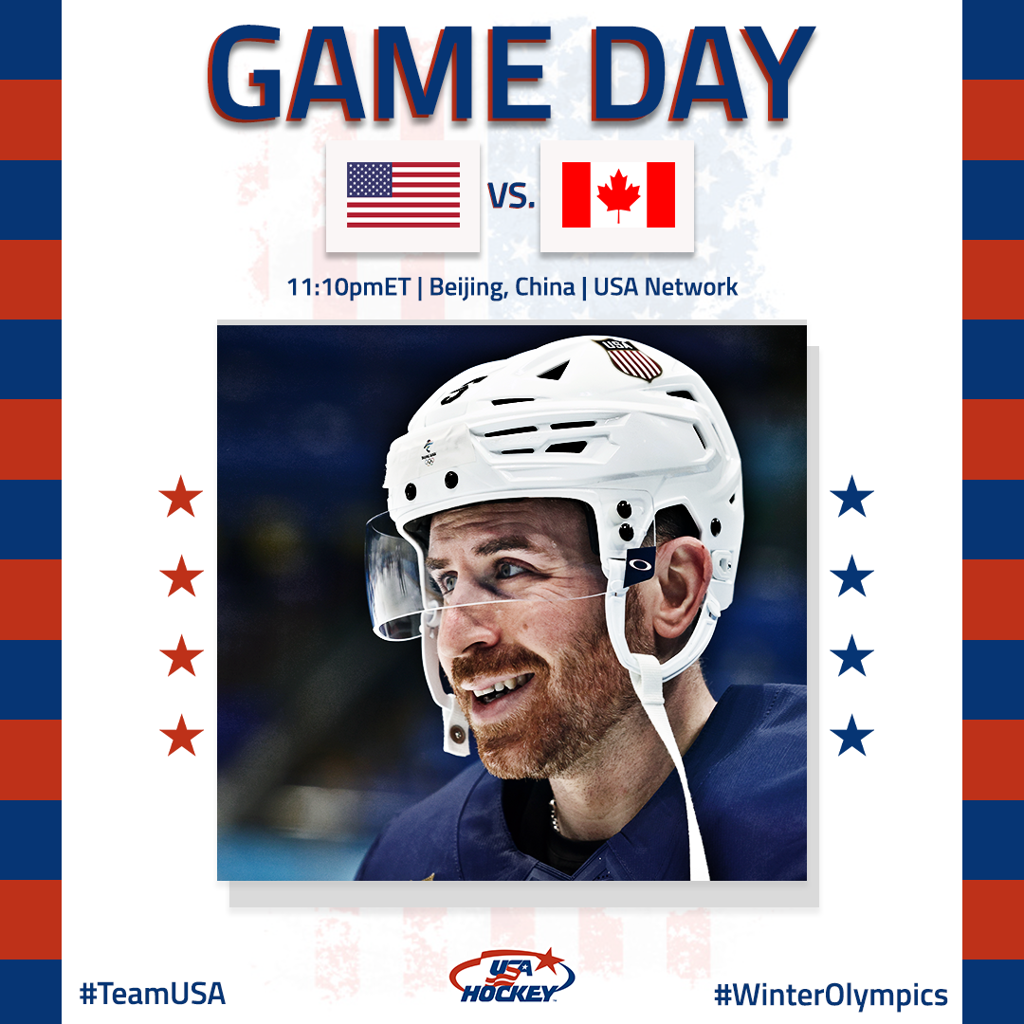 The last official Olympic meeting between the two teams came on Feb. 21, 2014, in Sochi, Russia, with Canada gaining a 1-0 victory in semifinal play. Jonathan Quick made 36 saves in the contest. Team USA had 31 shots on goal.

Straus Mann (Greenwich, Conn.) will get the call in goal today and is making his international debut. The former University of Michigan netminder, who served as team captain of the Wolverines his final season in 2020-21, currently plays for Skelleftea AIK of the Swedish Hockey League where he owned the top save percentage and goals against average in the league prior to joining Team USA. Mann played one season with the USHL’s Fargo Force before his time at Michigan.

Team USA will have a new addition to its lineup with the arrival of highly-touted defenseman Jake Sanderson (Whitefish, Mont.). Currently in his second season at the University of North Dakota where he serves as an alternate captain, Sanderson arrived in L.A. on Jan. 30 with players and staff but after one day went into COVID protocol until finally being cleared to fly to Beijing on Feb. 9. Sanderson practiced with the team yesterday afternoon, which marked the first time the entire collection of players that make up the 2022 U.S. Olympic Men’s Ice Hockey Team were together. Sanderson was taken with the fifth overall pick of the 2020 NHL Draft by the Ottawa Senators.