U.S. Steps Atop Group A With 4-2 Win Over Canada

BEIJING – Strauss Mann (Greenwich, Conn.) made 35 saves and captain Andy Miele (Grosse Pointe Woods, Mich.) had a goal and an assist, as the U.S. Olympic Men’s Ice Hockey Team skated to a 4-2 victory over Canada here today in preliminary round play of the 2022 Olympic Winter Games.

With the victory, Team USA moves atop the Group A standings with six points and one preliminary round game remaining tomorrow against Germany at 9:10 p.m.

“I thought we played a solid game overall,” said David Quinn, head coach of the 2022 U.S. Olympic Men’s Hockey Team. “We got out to a 3-1 lead, but when they scored that shorthanded goal, the momentum changed. We got a big goal to make it 4-2 and then killed off that two-man advantage. I told our guys to enjoy this, because they earned it.”

Canada jumped to an early lead 1:24 into the opening frame. It only took 1:10 for the U.S. to counter, as Brian O’Neill (Yardley, Pa.) waited at the blue line and one-touched the puck to captain Miele in stride. The streaking Miele looked off the Canadian netminder, and backhanded the puck over the waving arm of Eddie Pasquale.

Nick Abruzzese (Slate Hill, N.Y.) nearly put the U.S. up 2-1 on a rebound opportunity with five minutes remaining, as he spun and jammed the puck home, but it was met with a pad save. In the waning moments of the period, defenseman Jake Sanderson (Whitefish, Mont.) was pushing the offense and put the puck on Sean Farrell’s (Hopkinton, Mass.) stick. Farrell fed the puck across the slot to Ben Meyers (Delano, Minn.), who one-timed the puck under the pads of Pasquale for a 2-1 lead with just over a minute remaining in the first. 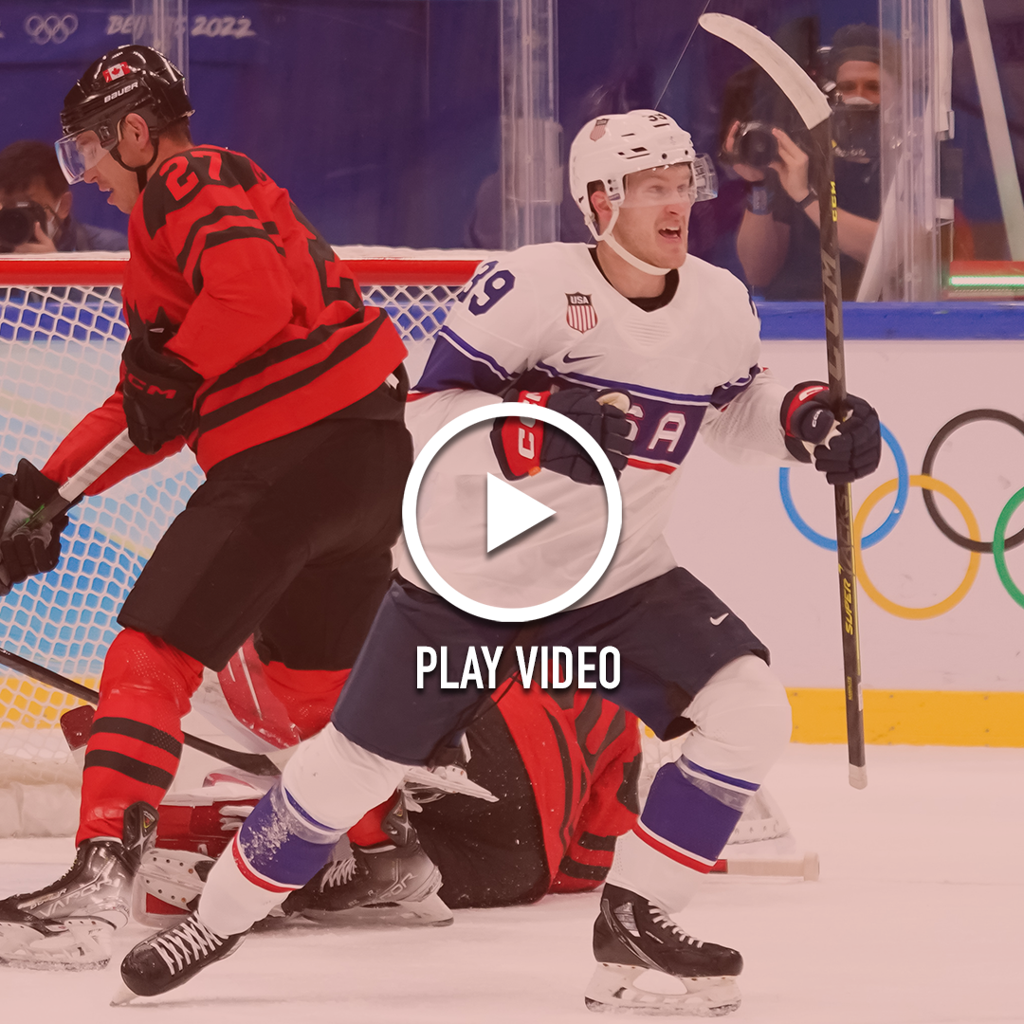 The U.S. kept the late momentum going early in the second as Nathan Smith (Hudson, Fla.) forced a turnover on the forecheck. Nick Shore (Denver, Colo.) collected a loose puck from Pasquale along the boards behind the net, and delivered the puck into the slot as Brendan Brisson (Manhattan Beach, Calif.) quickly sent the puck into an empty net on his backhand, just 2:37 into the period. Team USA looked to keep pushing midway through the period on a power play opportunity, but Canada struck back shorthanded with a goal of their own. The U.S. penalty kill, backed by netminder Strauss Mann (Greenwich, Conn.), shut down the Canadian power play in the final 1:43 of the middle frame.

Seven seconds into the third period, Canada’s power play advantage was nullified by a penalty, giving the U.S. 1:50 with a man advantage. Despite a handful of dangerous chances, Team USA didn’t score. Five minutes later, Miele shielded the puck as he carried it into the offensive zone and set-up Kenny Agostino (Flanders, N.J.) for a one-time from the slot. Pasquale got a piece of the puck, but not enough as it trickled pass the goal line, putting the U.S. up, 4-2.

The U.S. picked up back-to-back penalties, giving Canada a 5-on-3 power play for 31 seconds, but Mann and the penalty kill were up to the challenge. Canada vacated its net for an offensive faceoff with 2:19 remaining, but the U.S. held strong for the 4-2 win.

NOTES: Andy Miele (Grosse Pointe Woods, Mich.) was named the U.S. Player of the Game … Nine different players contributed points … Defenseman Jake Sanderson made his Olympic debut … Canada had a 37-27 shots-on-goal advantage … The U.S. was 0-2 on the power play, while Canada was 0-3.