BEIJING, China – The U.S. Olympic Men’s Ice Hockey Team faces Germany tonight at 9:10 p.m. in its third and final preliminary round game of the Olympic Tournament. With a point, the U.S. will win Group A and earn a bye to the quarterfinals. After playing its first two games at National Indoor Stadium, the U.S. will play this evening at Wukesong Arena.

Drew Commesso is expected to get the call in net tonight. He has played in one game to date, with a 29-save effort in an 8-0 win over host China on Thursday (Feb. 10). At 19-years-old, Commesso is the youngest American goaltender to ever play in the Olympics.

Team USA will be without defenseman Jake Sanderson, who was injured in the first period yesterday against Canada but finished the game. He is day-to-day. 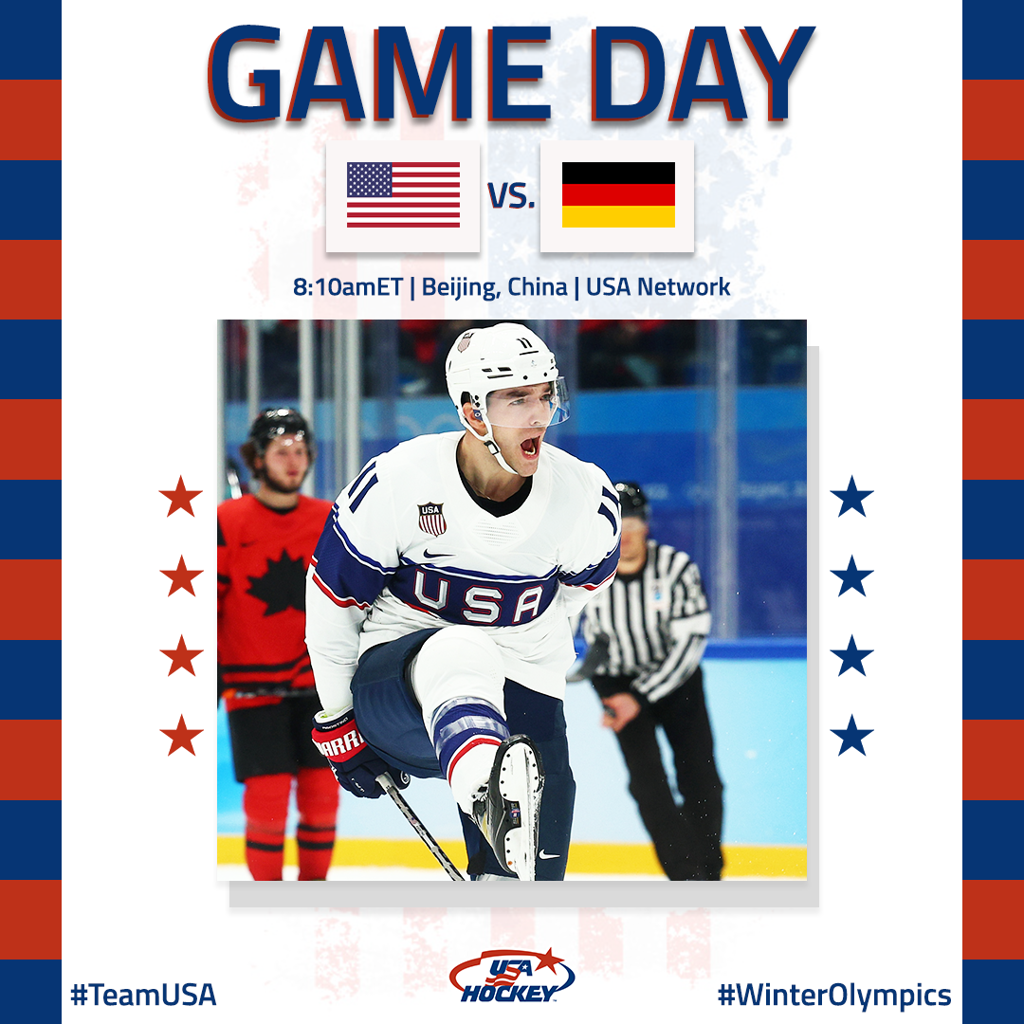 TOP OF THE CHARTS

Forward Sean Farrell enters play today leading the Olympics in points with 3-3—6, while forward Ben Meyers, with 2-2—4 is second. Additionally, Farrrell is in a four-way tie for the top spot in goals with three and in three-way tie for the number one position in assists with three.

The U.S. and Germany will meet for the 10th time in Olympic history tonight with Team USA having won eight of the first nine meetings. The squads last met on Feb. 20, 2002, in the quarterfinals of the Salt Lake Games with the U.S. prevailing by a 5-0 count.