BEIJING – Behind 24 saves from Drew Commesso (Norwell, Mass.), Matt Knies (Phoenix, Ariz.), and Nathan Smith (Hudson, Fla.), the U.S. beat Germany, 3-2, tonight to close out preliminary round play in the 2022 Olympic Winter Games and earn the top seed in the tournament headed into the playoff round.

The U.S. will meet the winner of the Slovakia-Germany game on Wednesday (Feb. 16) in the quarterfinal round at 12:10 p.m.

“I thought that was our best game of the tournament,” said David Quinn, head coach of the 2022 U.S. Olympic Men’s Hockey Team. “We played with speed, skill and tenacity against a very good German team.”

Germany and the United States exchanged penalties, and power play goals, in the opening period. Germany stuck first, with a power play goal two minutes into the frame. Just 1:14 later, the U.S. had a power play of its own and tied the game. Steve Kampfer (Jackson, Mich.) wound up for a slap shot that went wide of the net, but collected the puck nearly 30 seconds later, walked out from the board and took another slap shot that found the top of the net.

The U.S. power play had another opportunity nearly a minute later, but was nullified by a double minor for high sticking. Commesso and the penalty kill unit held strong, keeping the game at 1-1. The U.S nearly broke through in the final five minutes, as Brendan Brisson (Manhattan Beach, Calif.) forced a turnover at the Germany blue line, and delivered a perfect feed on a no-look behind-the-back pass to Smith, but German netminder Danny aus den Birken made the save.

Matt Knies (Phoenix, Ariz.) put the U.S. up 2-1 at 4:50 of the middle frame. Nick Abruzzese (Slate Hill, N.Y.) collected a loose puck off an Aaron Ness (Roseau, Minn.) shot, and while falling behind the net, got the puck to Knies out front who fired the puck in close into the back of the net. The goal was challenged for goaltender interference by Germany, and was confirmed a good goal, giving the U.S. a power play advantage following the tally.

Coming out of the power play, Commesso shut down a scramble in front of his own net, followed by another penalty kill. Kampfer contributed to the kill effort with a big block of a slap shot attempt from the far circle. Team USA finished the final 90 seconds of the period with an empty net, going 6-on-5 on a delayed Germany penalty, but did not convert.

Team USA started the third period on the power play and while it didn’t convert, the U.S. scored :47 after the man advantage ended. The U.S. forecheck forced a German turnover at their own faceoff dot. Abruzzese got his stick on the puck amidst the pressure, as the puck found its way to the slot where Smith sent it flying past aus den Birken on his backhand, giving the U.S. a 3-1 advantage.

Germany jammed in a rebound shot with 2:29 remining in the period to close the deficit to 3-2 and pulled its netminder for an extra attacker with 1:45 remaining. Commesso stood tall, making back-to-back saves with 30 seconds remaining, including a glove grab, as the U.S. cleared the puck with 16 seconds remining. Germany had a final shot that was blocked by Brian O’Neill to preserve the U.S. victory.

Commesso stopped 24 of 26 shots for his second win of the 2022 Olympic Winter Games, after recording a shutout against China. 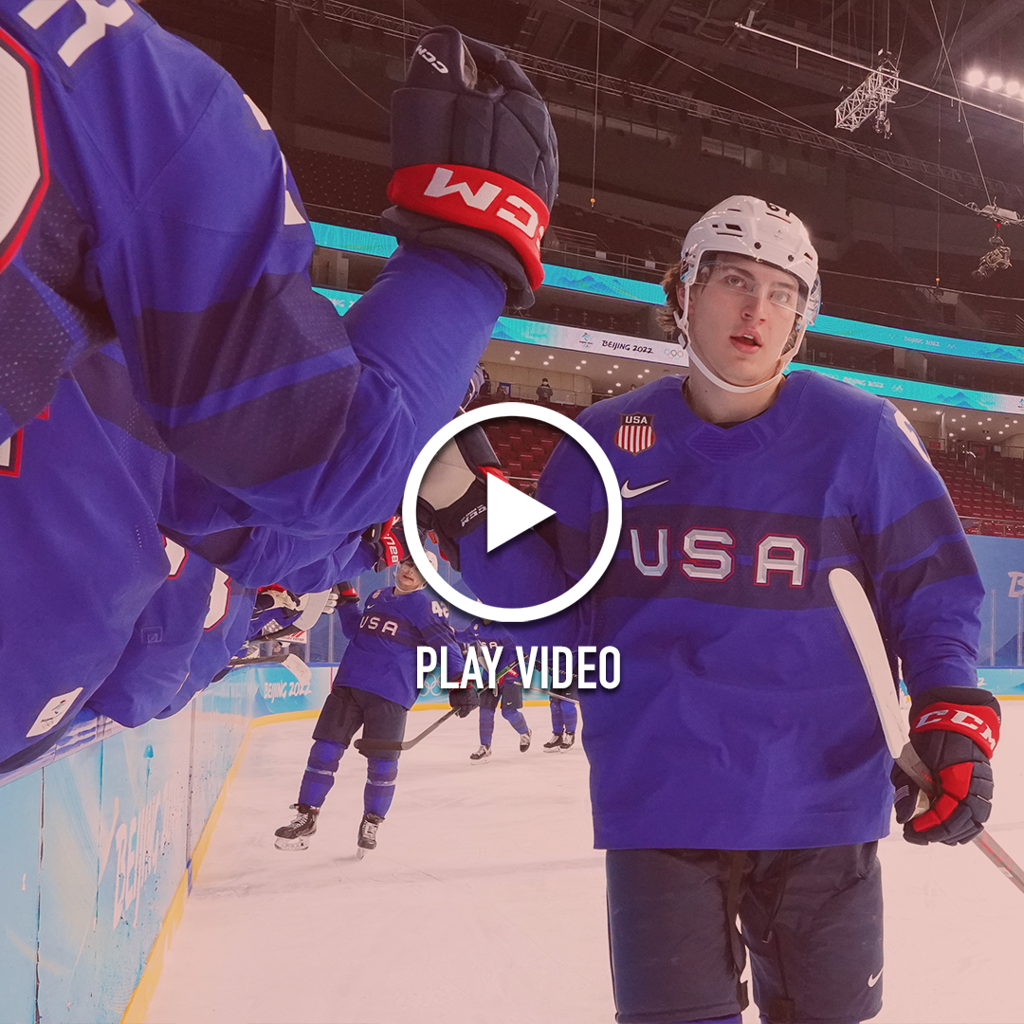 NOTES: Steven Kampfer (Jackson, Mich.) was named the U.S. Player of the Game … Nathan Smith (Hudson, Fla.) is the first Florida native to score a goal in the Olympic Winter Games, and just second player from Florida to play in an Olympic game … The U.S. outshot Germany 32-26 … The U.S. was 1-for-4 on the power play, and while Germany was 1-for-5.