“I thought we got off to a really good start,” said David Hoff (Bottineau, N.D.), head coach of the 2022 U.S. Paralympic Sled Hockey Team. “We might not have played our best today but I thought we were really consistent and we were able to continue to keep that momentum throughout the game and that’s how we were able to come out on top. It was great to get that first win on the Paralympic stage after traveling a long way to China. It’s really nice to start off that way.”

Team Canada controlled the puck in the opening minutes of the frame and tested U.S. netminder Lee, but was able to keep things at zero. The U.S. gained momentum after Canada was called for tripping with 10:45 to go and Brody Roybal (Northlake, Ill.) had a good look on net but Team Canada’s starting netminder Dominic Larocque blocked it aside. Just moments later on the power play, Jack Wallace (Franklin Lakes, N.J.) found the stick of Farmer skating down the wing. Farmer sent the puck to Josh Pauls (Green Brook, N.J.) in the slot who buried Team USA’s first goal of the tournament, 5:44 into the period. 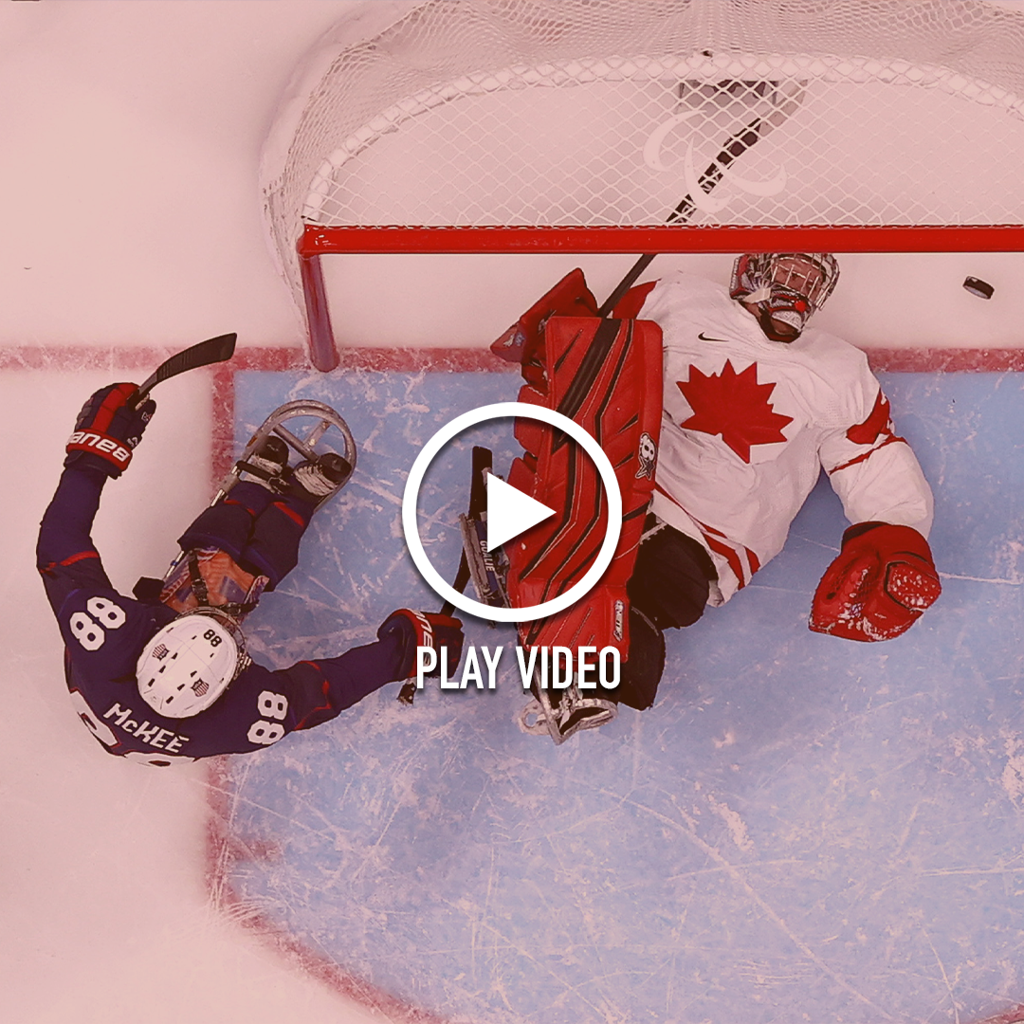 Lee came up with a big, point blank save just over a minute later to keep the U.S. with a goal advantage. As time was winding down in the period, the U.S. controlled the puck in its offensive zone for one final opportunity. Farmer, from behind the net, found Roybal at the blue line who sent one past Larocque to put the U.S. up a pair with :11 to go.

The U.S. drew a penalty early in the second and nearly put itself up by a trio of goals. Roybal had multiple opportunities to net his second of the game but Larocque kept the game at 2-0. With less than five minutes to play in the period, Wallace sent the puck towards the net where Malik Jones (Aurora, Colo.) got his stick on it and redirected it into the goal for his first career Paralympic goal.

The scoring didn’t stop there as Josh Misiewicz (La Grange, Ill.) made it 4-0 with 1:03 to go who was waiting on the doorstep to tap in the rebound from Farmer’s initial shot. Farmer’s assist inked himself in the U.S. Paralympic Winter Games record book as he became the all-time points leader. The U.S. controlled the majority of the second period as it outshot Team Canada 13-3.

Canada made a goaltender change to start the third as Team USA stayed on track and controlled the period, making a comeback effort difficult for Team Canada. Farmer continued to pad his stat sheet as he netted his first goal of the tournament off a dish from Kevin McKee (Chicago, Ill.) with 3:34 to play. Farmer capped off the scoring for the U.S. and the defense held on to shutout Team Canada, 5-0.

NOTES: Declan Farmer (Tampa, Fla.) was named U.S. Player of the Game… The U.S. outshot Canada, 26-9… Team USA was 1-for-2 on the power play, while Canada was 0-for-1… Today’s shutout marks the 17th time Team USA has shutout its opposition in Paralympic play… Team USA’s 5-0 win is the largest margin of victory between the U.S. and Canada at the Paralympic Winter Games… For more information about the 2022 Paralympic Winter Games, click here.