The U.S. Paralympic Sled Hockey Team will close out its preliminary round slate against South Korea in a Sunday afternoon tilt at the Beijing National Indoor Stadium. Puck drop is set for 1:05 p.m. local time, 12:05 a.m. ET and the game will be televised live on USA Network.

The U.S. is off to a 1-0-0-0 start after opening its 2022 Paralympic schedule with a 5-0 victory against rival Canada on Saturday. Team USA will only play two opponents in the preliminary round after RPC athletes were denied participation by the IPC, as announced on March 3, 2021.

THE SERIES vs. KOREA 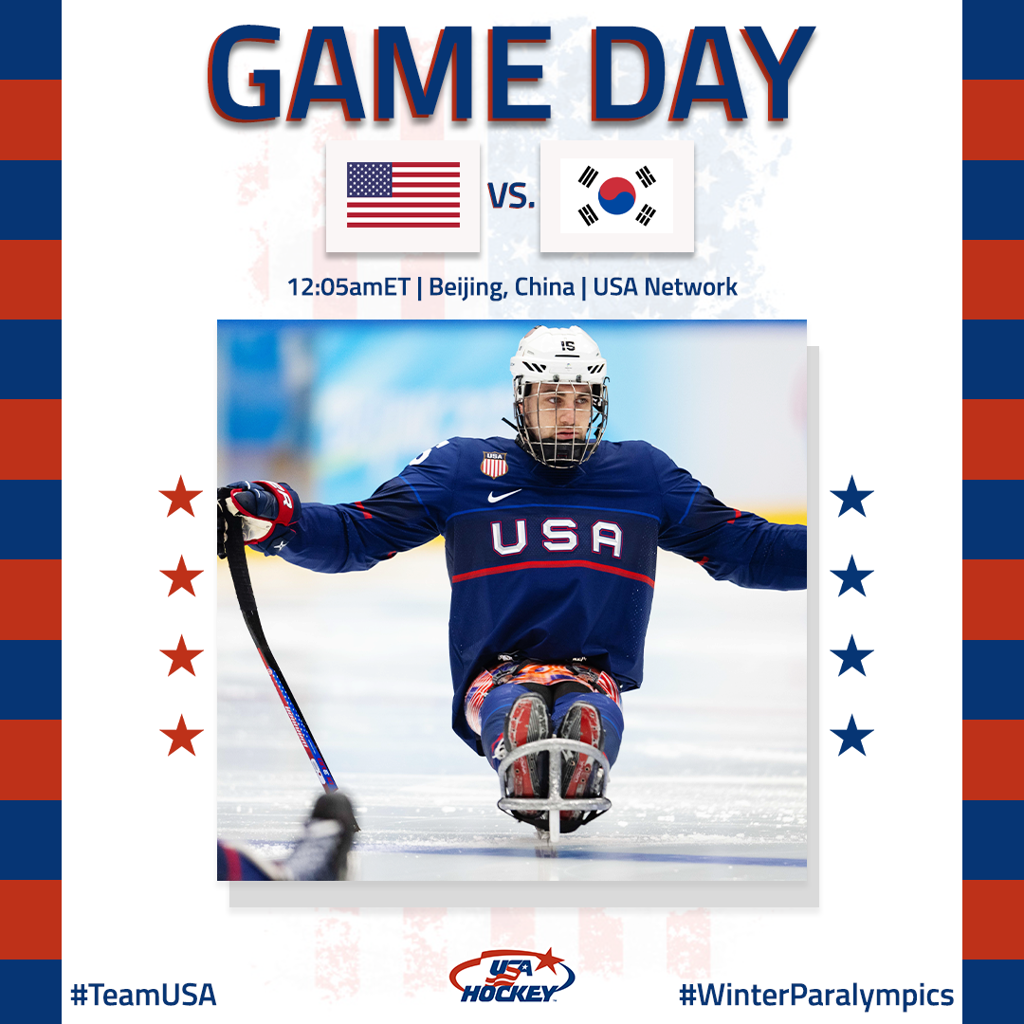 With his appearance in today's game against South Korea, Josh
Pauls (Green Brook, N.J.) takes over the top spot in the U.S. record for most Paralympic appearances. Pauls has hit the ice in 17 Paralympic matchups, the most of any player in Team USA history. Pauls, who has played in part in each of Team USA's historic gold-medal runs (2010, 2014, 2018) surpassed Joe Howard's previous record of 16 Paralympic appearances. Howard played in 1998, 2002, 2006 and 2010 Paralympic Winter Games.

In addition to Farmer becoming the U.S. all-time Paralympic points leader, there are several other members of Team USA  who are within reach of setting U.S. Paralympic records around in Beijing. Josh Pauls (Green Brook, N.J.) is five assists away from breaking the all-time U.S. assists leader for most Paralympic assists, currently held by  Joe Howard (15 assists). Declan Farmer (Tampa, Fla.) sits just behind Pauls on the all-time assists list and is eight away from Howard's assist record. Brody Roybal (Northlake, Ill.) is five points away from tying Howard's record. Roybal boasts 19 career Paralympic points in 10 appearances.

In Team USA's Paralympic opener against Canada, Declan
Farmer (Tampa, Fla.) tallied four points, one goal, and three assists to help lead the U.S. to a 5-0 victory. With those four points, Farmer became the U.S. all-time Paralympic points leader, surpassing Joe Howard's record of 24 career points in the Paralympics. Farmer entered the game against Canada just two points shy of Howard's record with 22 points. His four-point performance now puts him atop the record book with 26 career Paralympic points (15g, 11a).