BEIJING — The poet Robert Frost once claimed that “Nothing Gold Can Stay.” Granted, it was nearly a century ago, but he certainly did not factor in the U.S. Paralympic Sled Hockey Team.

In fact, for four straight Paralympics, gold has stayed stateside. The latest gold medal win came in Beijing during the 2022 Paralympic Winter Games when the U.S. downed rival Canada, 5-0, for its unprecedented fourth-straight gold medal. The U.S. beat Canada by a combined 10-0 score during their two meetings at the Games.

“I don’t think we’ve ever had a closer team,” said captain Josh Pauls. “I think that showed during our medal ceremony. We were all sitting there going ‘We’re not putting these on ourselves. We’re putting these on the guys next to you.’ And I think it’s just so incredible because we have a group of guys that cares just so deeply about one another, and that really showed in the success that we had.”

The U.S. faced challenges early in the first period, more challenges than at any point during the first three games of the Paralympics. Canada fired multiple shots on goaltender Jen Lee, but Lee made every stop that came his way. In fact, during the entirety of the Games Lee did not relinquish a goal. A tough task and one that Lee was able to stand tall for in his first Games as a starting goaltender.

“Jen has just grown so much,” said head coach David Hoff. “He didn’t give up a goal in this whole tournament. It’s amazing. This team is so tough and it starts with him on the back end and we needed that for sure.”

Lee was emotional before the U.S. received their medals. As the team lined up in numerical order, Lee had his head down and tears were streaming from his face. It was a release of emotions that not only came from the starting goaltender but from a person who has battled through adversity to be here.

“I’m just very fortunate and very thankful,” he said. “As a kid that was born in Taipei, Taiwan, I always wanted to be two things — an athlete and G.I. Joe. I’m very honored that I was able to serve my country and be able to continue after losing my leg to be an athlete and represent my country in a different way.”

Elation was the common feeling among the players old and new. From Pauls who won his fourth gold medal (the most ever by a Paralympic sled hockey player), to Joey Woodke and five others who won their first, the feeling was the same.

Pauls scored one of the five goals along with veterans Declan Farmer and Brody Roybal who each netted two. When the team needed their veterans the most, they were there to deliver. Farmer attributed that to the culture of the club. 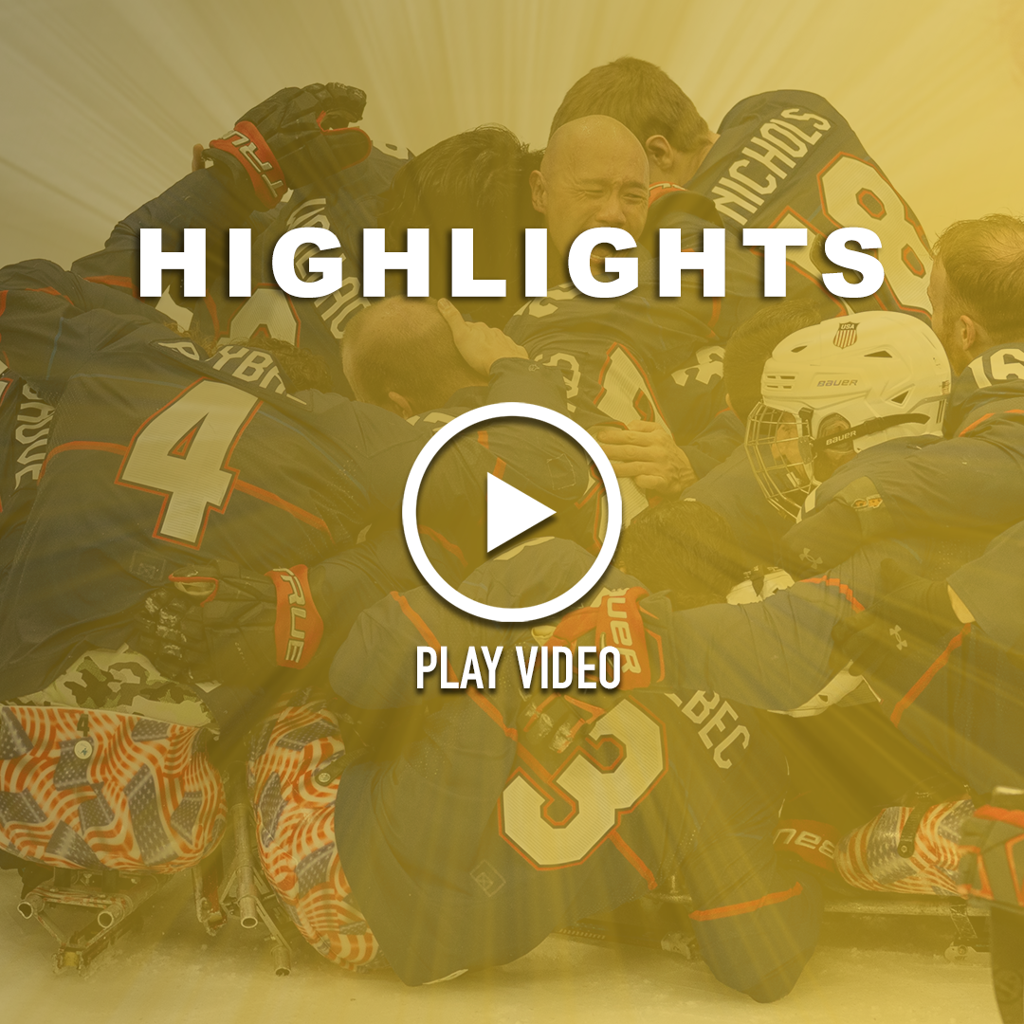 “We don’t get there without having a great group of guys to train with and play with, I mean, this team, we were made from each other. We’re not here without our coaching staff emphasizing that competition, that competitive drive we bring to every practice. That’s what we brought today. Everybody stepped up.”

Roybal concurred with that sentiment and was emotional as he reflected on the team that just won its fourth-straight gold.

“This is at the top of the list as far as the moments go. I’m so honored to be a part of this team. It’s the best team I’ve been on and I love every single guy in that locker room. We’re a family through and through.”

The Paralympic cycle has now come and gone. The team will pack up their equipment and be on a flight soon back to the U.S. where they will meet up again with hugs from their friends and family. Everyday life will continue once again.

As for the great poem by Robert Frost? Well, leaf may subside to leaf. And dawn may go down today. But in this moment for the U.S. Paralympic Sled Hockey Team, gold can stay.