LANDSHUT, Germany – The U.S. Under-18 Men's National Team will face Canada today in its opening preliminary-round contest of the 2022 IIHF Under-18 Men's World Championship, with puck drop set for 7:30 p.m. (1:30 p.m. ET) at Fanatec Arena.

The game can be seen on NHL Network, beginning at 3:30 p.m. ET. All remaining Team USA games at the U18 championship are available live on NHL Network. Today's game will be live-streamed on ESPN+.

"Canada is a great opponent, one we respect," said Adam Nightingale, making his IIHF head coaching debut. "But for us, it’s always about us and playing our way, playing to the USA Hockey brand. Play with speed, play fast. We’re excited to get the tournament started.”

Team USA enters the round-robin portion of its schedule after splitting a pair of pre-tournament games. The team fell 3-2, in a shootout, to Sweden, Monday evening at Erdgas Schwaben Arena in Kaufbeuren. They returned to their home base in Landshut the following day, completing the back-to-back set with a 6-1 victory over Finland. 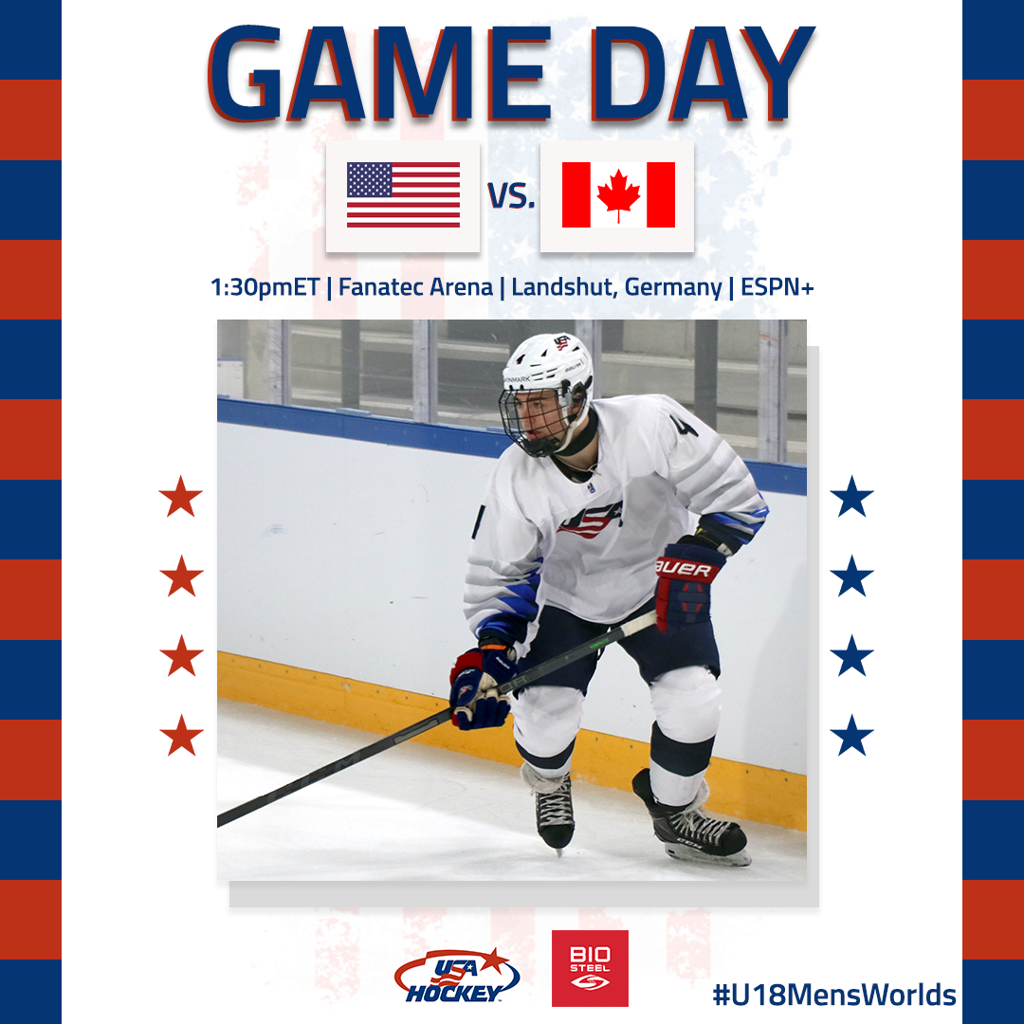 The U.S. Under-18 Men's National Team is 10-2-2-2 all-time against Canada in the tournament, 3-0-1-1 in preliminary-round play. In the most recent prelim matchup, Canada beat the U.S. by a 6-4 final in 2018. The preliminary-round history between the two teams is below:

USA vs CAN Game Notes