LANDSHUT, Germany – After back-to-back wins to open preliminary-round play, the U.S. Under-18 Men's National Team takes on host Germany this evening in its third game of the 2022 IIHF Under-18 Men's World Championship. Puck drop is set for 7:30 p.m. (1:30 p.m. ET) at Fanatec Arena and the game will broadcast live on NHL Network.

On Sunday afternoon, Team USA used a quartet of second-period scores to help move past Czechia by a 6-2 final. U.S. captain Rutger McGroarty (Lincoln, Neb.) scored a pair of goals to lead the offensive charge, while goaltender Tyler Muszelik (Long Valley, N.J.) picked up his first IIHF win with 35 saves.

"We try to stay composed and focus on the things we can control," said head coach Adam Nightingale (Cheboygan, Mich.) after the team was down 1-0 after a period. "There was no panic in the room, but we knew we had to be better and they went out and had a great finish to the game. It was a good team win and we look forward to our game on Tuesday."

Forward Isaac Howard (Hudson, Wis.) put Team USA on the board with his tournament-leading fifth score in just two gams of action. 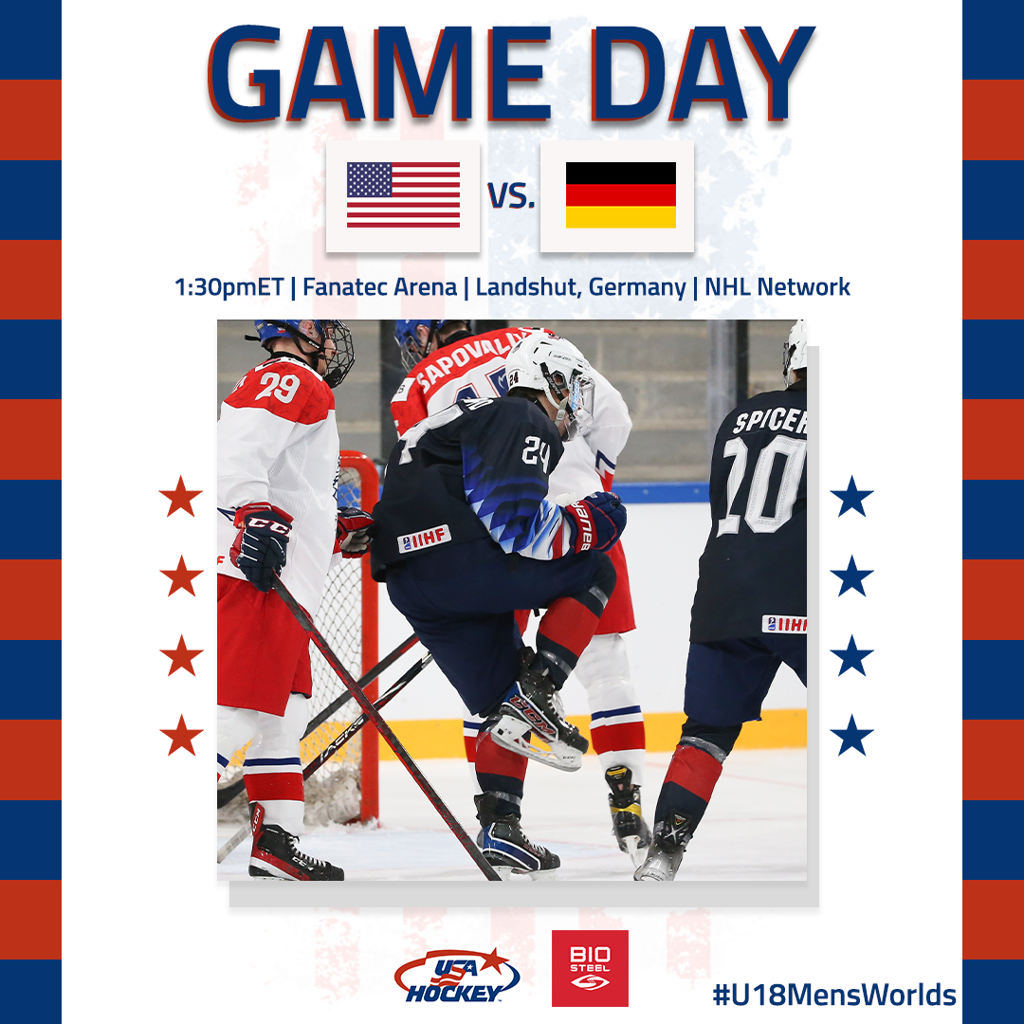 The Germans have lost both games thus far in the young tournament, falling to Czechia, 4-2, before dropping to Canada, 8-3, in the Sunday evening game. Forward Julian Lutz has paced the offensive attack with two goals and two assists, tied for the second-most points in the tournament. In the net, goaltender Simon Wolf made a tournament-high 52 saves against the Czechs in the team's opener.

The U.S. Under-18 Men's National Team is 7-0-0-2 all-time against Germany in the tournament, going 5-0-0-0 in preliminary-round play. In last year's preliminary-round matchup, the U.S. used a pair of power-play markers from defenseman Ty Gallagher (Clarkston, Mich.) to win 5-3 in a game the U.S. never trailed. The prelim history between the two teams is below: