The U.S. Under-18 Men's National Team squares up against Czechia this afternoon in the first semifinal game of the 2022 IIHF Under-18 Men's World Championship. Puck drop is set for 2:30 p.m. (8:30 a.m. ET) at Fanatec Arena and the game will broadcast live on NHL Network.

“I was proud of our guys, they were ready to go,” said head coach Adam Nightingale (Cheboygan, Mich.). “The big thing for us is we want to play team hockey and they did a great job of that tonight. It’s time to get a good day of practice tomorrow and be ready for Czechia on Saturday.”

The Czechs come in off an 8-0 blanking of Switzerland in the quarterfinals and a two-goal, one-assist performance from the tournament's leading scorer, Jiri Kulich. 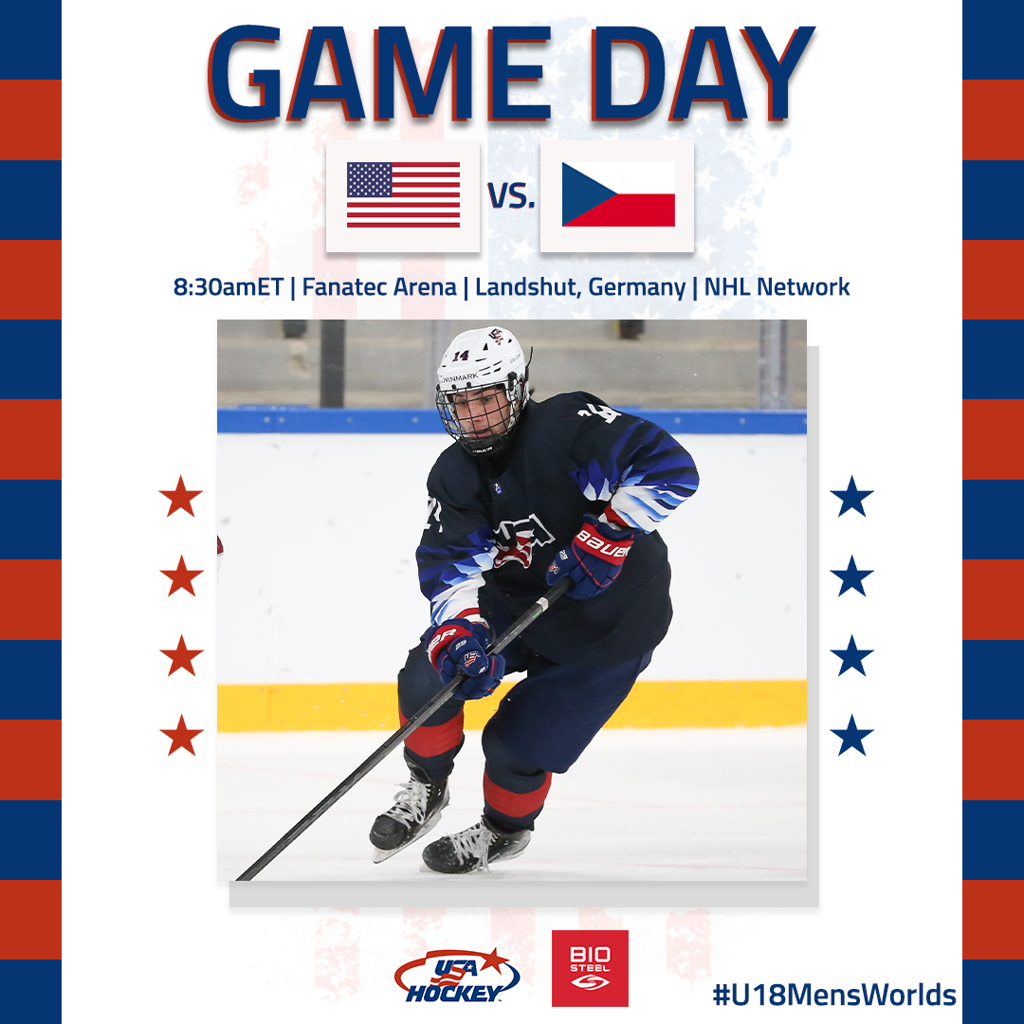 The U.S. will have to stay out of the box to contain the Czech power play, which leads the tournament with 11 goals on the man advantage and is second with a 47.8% conversion rate. Kulich has scored eight times throughout the championship, six coming with an extra skater.

In return, the USA penalty kill has been tops in the tournament, allowing just one goal while down a skater and killing 92.3% of penalties taken.

The U.S. Under-18 Men's National Team is 14-2-1-1 all-time against Czechia after winning the first matchup this tournament, 6-2, in preliminary-round play. The two sides have met in the semifinals on three prior occasions, all wins for Team USA. Semifinal history is below: