Team USA Faces Sweden With Gold Medal on the Line

The U.S. Under-18 Men's National Team will face Sweden this evening with the gold medal on the line at the 2022 IIHF Under-18 Men's World Championship. Puck drop is set for 6:30 p.m. (12:30 p.m. ET) at Fanatec Arena in Landshut, Germany, and the game will broadcast live on NHL Network.

The U.S. enters the pinnacle game of the tournament off a 6-1 semifinal win over Czechia yesterday afternoon. Jimmy Snuggerud (Chaska, Minn.) scored two goals as he was named the U.S. Player of the Game, while Isaac Howard (Hudson, Wis.) scored and added two assists to move atop the team's scoring with 10 points (6-4--10) throughout the tournament.

“We had another good team win today, the boys are dialed in right now,” said head coach Adam Nightingale (Cheboygan, Mich.) after the semifinal win. “In each game we’ve faced adversity and been tested, and that will be the same for tomorrow, no matter the opponent.”

And as of last night, the opponent is now known. After losing their first preliminary-round game to Latvia, the Swedes have reeled off four consecutive wins to make it to the final game. With a guaranteed medal tonight, Sweden will have earned a podium finish in five of the last six championships. 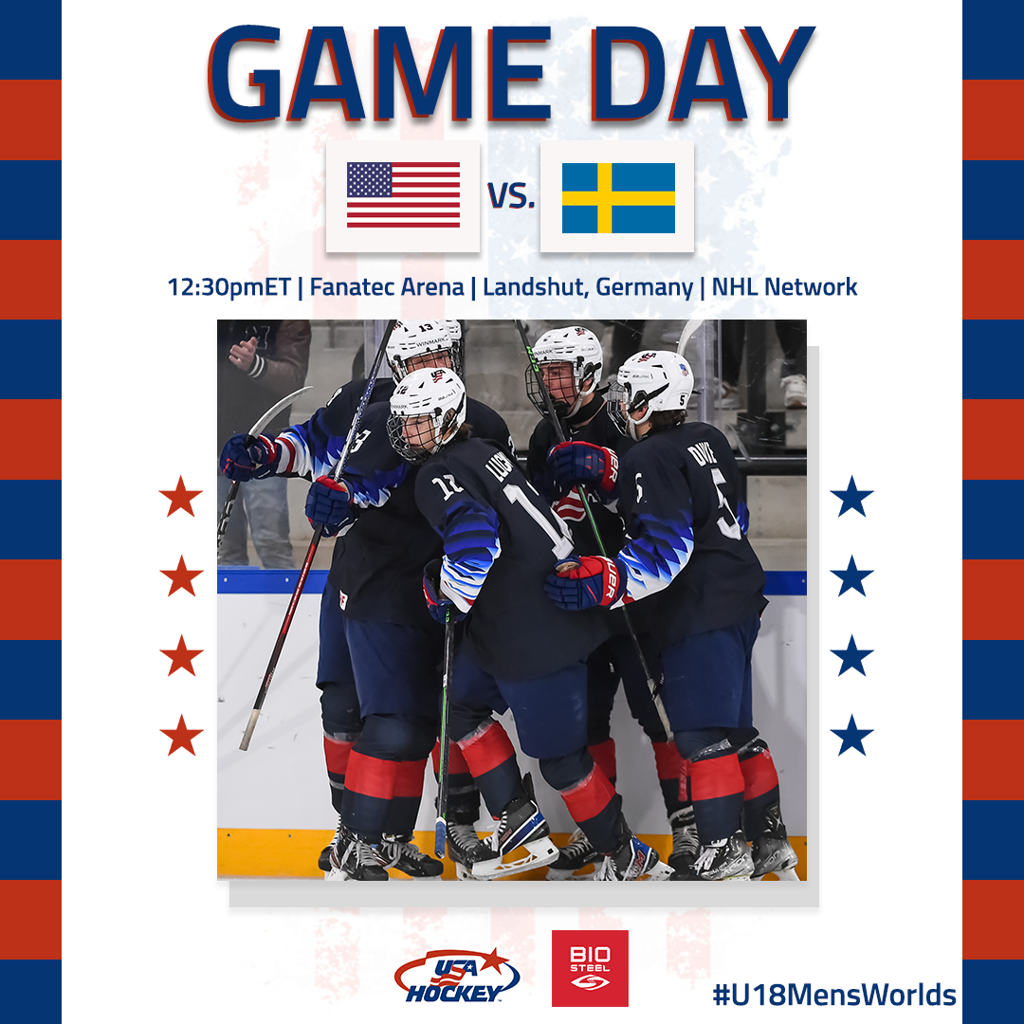 The Swedish offensive attack is led by forward Jonathan Lekkerimaki, who has racked up 11 points (4-7--11) to tie for the tournament lead in scoring. Defenseman Mattias Havelid is the highest-scoring blueliner in the championship with nine points (4-5--9) in five games. Forwards Noah Ostlund (2-6--8) and Liam Ohgren (1-5--6) add to the Swedish punch.

The biggest showdown tonight will be the U.S. offensive attack on Swedish netminder Hugo Havelid, who leads the tournament with a .933 save percentage. The U.S. is the highest (43 goals scored) and most efficient (17.4% shooting percentage) scoring team in the event and looks to keep that rolling for one more game.

Another key matchup will be the Sweden power play against the U.S. penalty kill. The Swedes have scored 11 of their 21 total goals on a man advantage and their 45.8% conversion rate is best among all teams. Team USA's 88.9% PK is tops in the tournament, so the special teams winner will loom large.

The U.S. Under-18 Men's National Team is more than familiar with Sweden throughout the tournament's history, playing 19 total games with a 13-2-0-4-0 record all-time against Sweden. The two sides have met previously in three gold-medal games, all wins for Team USA in three consecutive years. Medal-round history is below: