COLORADO SPRINGS, Colo. – Twenty-nine American men’s and women’s goaltenders have been invited to the 2022 USA Hockey National Goaltending Camp, set for May 19-22 at USA Hockey Arena in Plymouth, Michigan.

The four days will consist of on-ice training, skill development, video analysis and team building activities for the 29 invitees, ranging from 17 to 21 years old.

“We’re excited to bring back the National Goaltending Camp after a two-year hiatus,” said David Lassonde, USA Hockey’s national goaltending coach. “Our staff is thrilled with the elite group of goalies participating, both on the men’s and women’s side. As we continue the process of identifying potential candidates for our national teams, we are confident the elite nature of the camp will provide USA Hockey with yet another valuable player evaluation tool.” 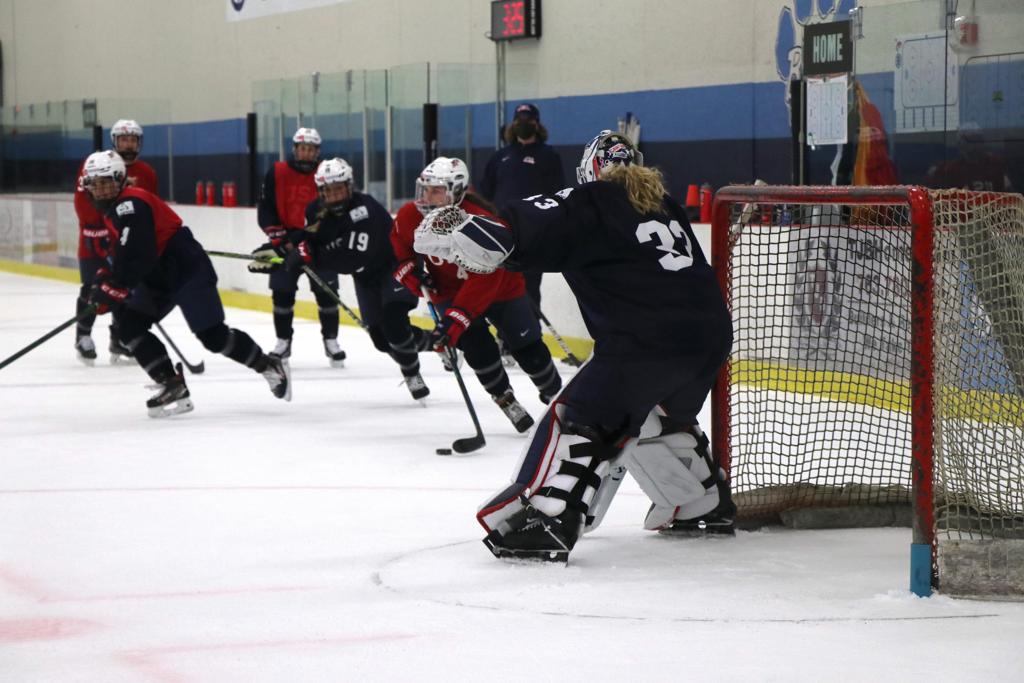 The camp will allow the group to compete among their peers, grow their game, self-evaluate and learn from an experienced camp staff.

Among the camp staff are Lassonde, who served on the U.S. staff at both the 2022 Olympic Winter Games and IIHF Under-18 Men’s World Championship, Steve Thompson, who was most recently an assistant coach for the 2022 U.S. Olympic Women’s Ice Hockey Team, Jared Waimon, part of U.S. staffs at the 2022 Hlinka Gretzky Cup and 2023 IIHF World Junior Championship and Alli Altmann, goalie coach for the U.S. Under-18 Women’s National Team.

“The goal of the weekend is to propel our country’s best to the world’s best,” said Thompson, ADM manager of goaltending for USA Hockey, “and we’re confident that this camp will be a step in that direction.”