The versatile forward was a key part of two U.S. Olympic Women’s Ice Hockey Teams, helping Team USA capture gold at the 2018 Games in PyeongChang, South Korea, and silver in 2022 in Beijing, China. In addition, Cameranesi played on three IIHF Women’s World Championship teams, winning gold in 2015 and 2019, and silver in 2021.

“Since the age of five, there hasn’t been a day where hockey has not been my ‘why.’ Five-year-old me would be in absolute awe of the things I’ve done, the people I’ve met and the places I’ve seen, all from playing the absolute best game in the world,” said Dani Cameranesi. “I have been fortunate enough to live out my childhood dream and play the game I love at the highest level, but I’ve reached the point in my career where I’m ready to say goodbye. My decision was not made lightly, as the hardest goodbye is to my absolutely amazing friends, family and teammates.” 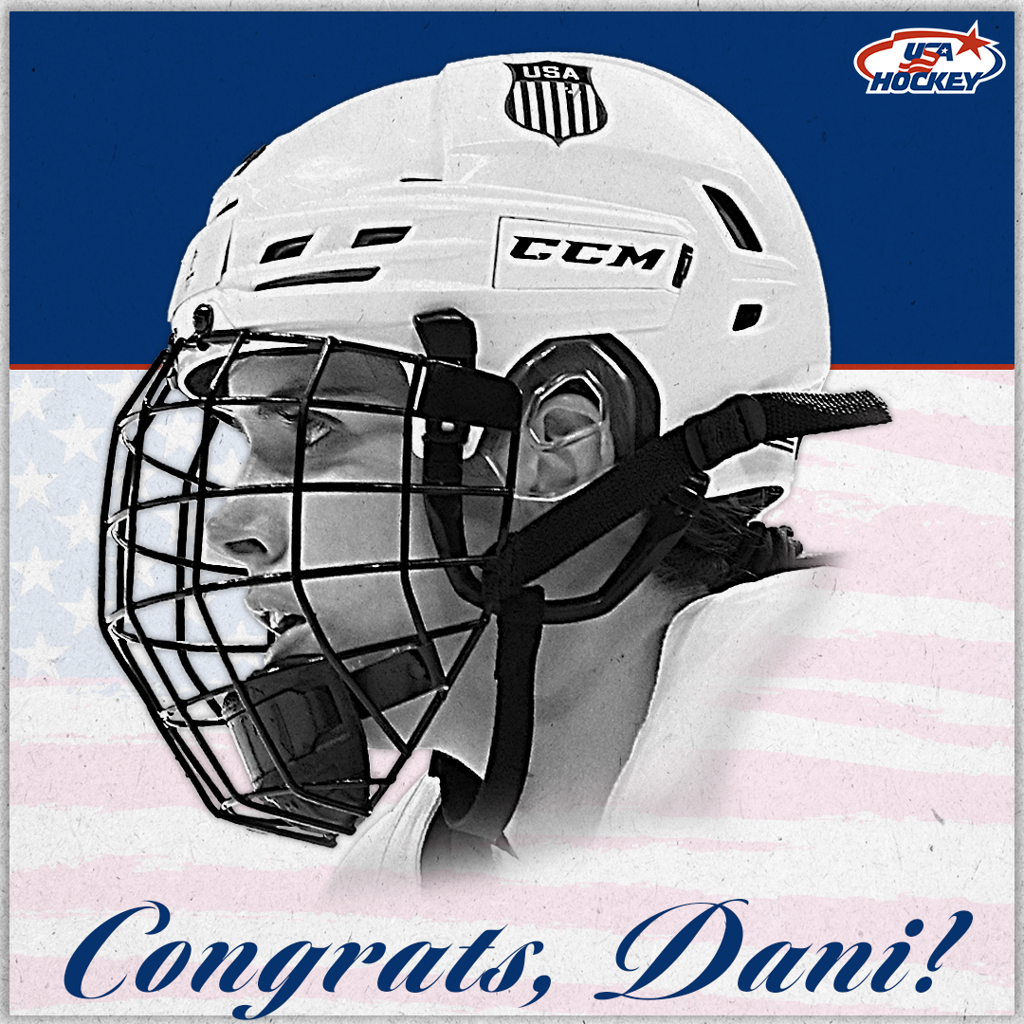 “Dani was a key reason for the U.S. Women’s National Team’s success over the better part of the last decade,” said Katie Million, director of women’s national team programs for USA Hockey. “She consistently brought a tenacious fire on the ice and infectious smile off the ice. We’re grateful for her contributions and wish her the very best in the future.”

The Plymouth, Minnesota, native burst on to the national team stage in 2014, making her U.S. Women’s National Team debut at the Four Nations Cup and ultimately earning mainstay status for the last eight seasons.

“I’ve been fortunate enough to represent my country for the last eight years, and I can proudly say I am an Olympic gold and silver medalist. There is truly no greater feeling than putting on the red, white and blue, stepping on the ice and hearing the fans chant ‘USA,’” Cameranesi said. “I am forever grateful for the lessons, experiences and people I’ve met along my journey. Thank you hockey for the greatest years of my life. I cannot wait to see who puts on the number 24 jersey next. I’ll be watching and cheering loudly. Go Team USA!”

She starred on back-to-back U.S. Under-18 Women’s National Teams in 2012 and 2013, earning a pair of silver medals at the IIHF Under-18 Women’s World Championship both years. She was captain of the 2013 team.

A Golden Gopher in college, Cameranesi helped the University of Minnesota to four consecutive NCAA Frozen Four appearances (2014-17), winning a national championship in both 2015 and 2016. She was a Patty Kazmaier Memorial Award top-10 honoree in 2015 and 2016 and served as an alternate captain at Minnesota during her senior season.

Professionally, Cameranesi spent one season (2018-19) with the Buffalo Beauts and has played within the Professional Women’s Hockey Players Association the last three seasons.