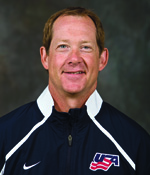 "We're extremely pleased to have Phil coach our National Junior Team," said Jim Johannson, assistant executive director for hockey operations at USA Hockey, who will also serve as general manager of the 2013 U.S. National Junior Team. "Having both played and coached internationally, Phil understands what it takes to be successful in a short tournament. He's also used to relating to players of this age group, which will certainly be beneficial."

"I'm honored to be asked to coach this team and look forward to the challenge," said Housley. "The depth of our player pool is as good as it has ever been and I'm sure it will be a challenge to settle on which players will represent our country in Ufa."

In 2011-12 Housley completed his eighth season as the head coach of the Stillwater (Minn.) High School boys' ice hockey team.

As a player, Housley had a remarkable career with Team USA, representing his country at 11 international tournaments. He was inducted into the U.S. Hockey Hall of Fame in 2004 and the International Ice Hockey Federation Hall of Fame in 2012. In 2000 he was honored with USA Hockey's Bob Johnson Award for excellence in international competition. Following his USA Hockey debut as a member of the 1982 U.S. Junior National Team, Housley went on to play for seven U.S. Men's National Teams (1982, 1986, 1989, 1996, 2000, 2001, 2003). In 2002 he received a silver medal with the U.S. Olympic Men's Ice Hockey Team at the 2002 Olympic Winter Games in Salt Lake City, Utah. Additionally, he won gold with Team USA at the 1996 World Cup of Hockey.

Housley spent 21 seasons in the National Hockey League. A first-round draft pick (sixth overall) by the Buffalo Sabres in 1982, he spent the first eight years (1982-90) of his career there and, in 2007, was inducted into the Buffalo Sabres Hall of Fame. Housley also spent time with the Winnipeg Jets, St. Louis Blues, Calgary Flames, New Jersey Devils, Washington Capitals, Chicago Blackhawks and Toronto Maple Leafs. He concluded his career with 1,232 points (338-894), the most by an American-born defenseman.