When looking at the state-by-state breakdown of where the players named to U.S. national team rosters are from, one is used to seeing the likes of Michigan, Minnesota and Massachusetts. Even today, as hockey has grown throughout the United States, the “Three M’s,” as they’ve come to be known, always seem to produce the most players. However, when the U.S. National Junior Team’s 27-player preliminary roster was named earlier this month, there was a surprising state at the top. 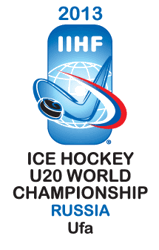 Along with Michigan, Ohio has four native sons participating in Team USA’s pre-tournament camp for the 2013 International Ice Hockey Federation World Junior Championship. Michigan is in familiar territory, but Ohio, despite its cold-weather climate, doesn’t often find itself mentioned in the same breath when it comes to hockey.

East Palestine’s J.T. Miller, Cincinnati’s Tyler Biggs, along with Connor Murphy and Sean Kuraly, each from Dublin, are the four Ohioans vying for spots at the camp, which is underway in Tarrytown, N.Y.

“I think it’s awesome,” said Murphy of his home state being so well represented at camp. “It’s a great starting point for Ohio to become a great hockey state.”

“I’m surprised,” said Kuraly, when informed Ohio was tied with Michigan for most natives in camp. “You don’t think of Ohio as being a hotbed, but there are four good players from Ohio that happened to make this team.”

Both Kuraly and Murphy mentioned the arrival of the NHL’s Columbus Blue Jackets as a big boost to hockey locally. For Murphy in particular, he likely would have never lived in Ohio if not for the NHL team.

The big defenseman’s father Gord moved the family to Dublin after being named an assistant coach for the Blue Jackets in 2002. As a result, Connor ended up playing the vast majority of his youth hockey in Ohio, spending a lot of time in the Ohio Blue Jackets organization.

“I give a lot of credit to them [for helping me develop],” said Murphy, who played with and against Kuraly growing up.

Biggs ended up in Cincinnati in a somewhat similar fashion, as his father Don was a standout player for the Cincinnati Cyclones, then of the International Hockey League. After Don’s playing days ended, the Biggs family remained in the Queen City.

For Kuraly, Ohio hockey is all he’s ever known. Although he, too, has deep hockey roots, as his father Rick is Miami University’s all-time goals leader.

Miller, who was on the U.S. National Junior Team last year, didn’t have a familial connection to the game like the others, but he found it in part thanks to the success of the Pittsburgh Penguins and his parents taking an interest in the game as a result. Now the New York Rangers first-rounder is playing his first season of professional hockey in the AHL. The big forward hasn’t forgotten from where he came.

“I take a little more pride in that, I don’t think anybody has played pro sports from where I’m from,” Miller told USAHockey.com last week. “It’s a pretty small little town, so to be the first hockey player from that town to really do something big like this, it’s really special to me and all my friends back home and everybody that has supported me.”

Ohioans have been playing hockey in fairly large numbers for years, but last season, only three natives of the state played in at least one game in the NHL. With a quartet like the one in Team USA’s camp, those numbers should soon change.

Murphy believes it’s only a matter of time before Ohio hockey gets more established on the American hockey map.

“I don’t think it will ever be like in Minnesota, but it can grow [for Ohio-based teams] to be able to start competing with Detroit teams and Pittsburgh,” Murphy said, citing that the Midwest youth hockey leagues have provided good developmental opportunities for more players in Ohio.

Kuraly is a perfect example. The big center marveled that while many players in the past had to leave Ohio to pursue their careers, he’s never had to stray far.

“I’ve gone from Columbus [youth hockey] to Indianapolis [United States Hockey League] to Miami [University],” Kuraly said. “I’ve barely gone anywhere and I love it here, so I wouldn’t want it any other way. I’ve been pretty lucky to stay close to home.”

While each player is proud of his Ohio roots, regional pride will get put on hold as they focus on making the U.S. National Junior Team roster and bringing a little gold back to the Rust Belt.