After back-to-back games, U.S. players and staff take time to rest on Saturday.

Following a victory over Germany and a loss to Russia on consecutive nights, head coach Phil Housley let the team sleep in before heading to the rink for a stretch. The players played soccer and used the time to have some fun and recover.

After interviews with the media, the team and staff ate lunch at a local restaurant called Sherlock Holmes. The English pub-style restaurant served the team hamburgers while they watched soccer games on the T.V.

Housley said it is important to get rest and recover because another back-to-back set of games begins on Sunday at 4:30 a.m. ET against rival Canada.

"It was good to have a day off and get some rest to be ready for Canada" he said. "It's going to be a great game ... all in all we'll be ready."

Goaltender John Gibson, who has competed in two IIHF tournaments and knows how long the events are, said the day of rest was important but added that the team's focus switches right back to the task at hand Saturday night.

"We just have to get back to work," he said. "We will work on some things and get ready for the next game."

Sunday's game will be broadcast on NHL Network-U.S. as well as webcast on NHL.com. USAHockey.com will have a live game blog and fans can find score updates on Twitter @USAHockeyScores. 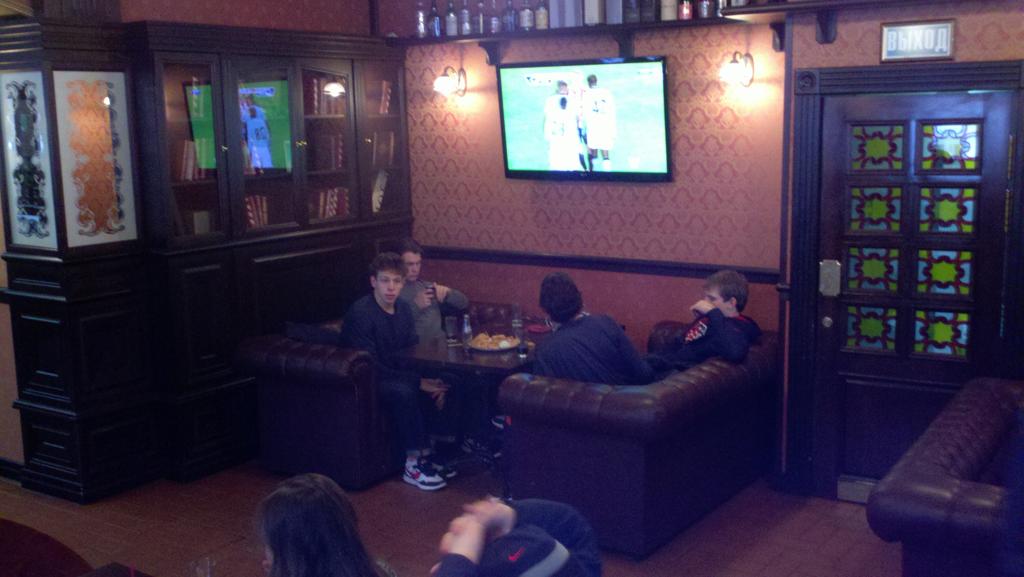 Team USA relaxes after lunch at a local restaurant.