Team USA and rival Canada rematch in the semifinals on Thursday at 4 a.m. ET 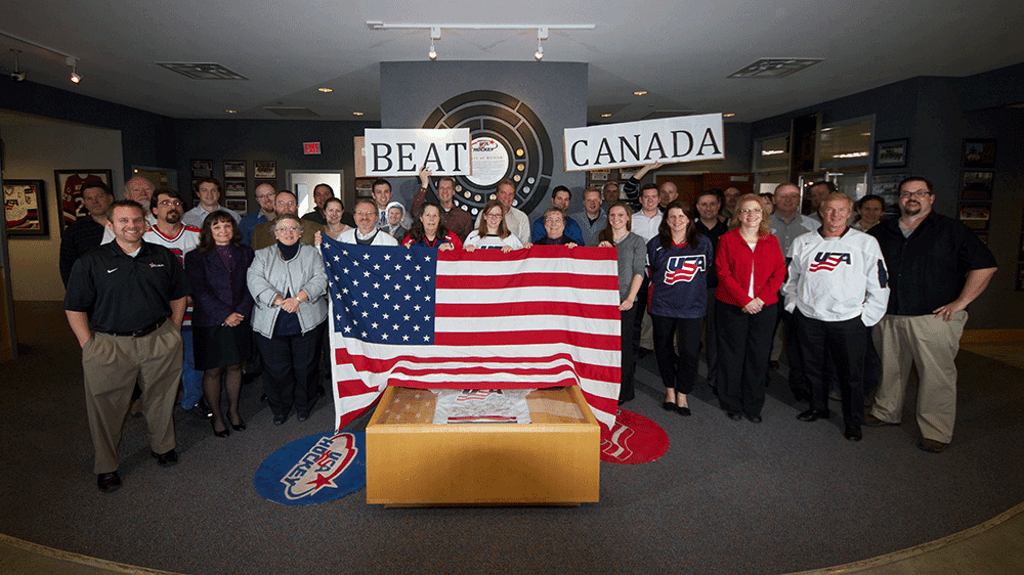 The U.S. National Junior Team dropped two heartbreaking losses to Russia and Canada in the preliminary round of the 2013 IIHF World Junior Championship here in Ufa, Russia, but rebounded with wins in two elimination games.

After rolling to a 7-0 victory over Czech Republic in the quarterfinals, Team USA squares off with rival Canada in the semifinals with a berth in the gold medal game on the line.

The key for Team USA, players and coaches said, is that they are continuing to improve with each game and captain Jake McCabe said he doesn't think the team has played its best hockey yet.

"In one game eliminations or moving forward to the semis, special teams are going to be important." "I thought the games against Russia and Canada we didn't get that, but our penalty kill was playing well and now both aspects of our game are going very well and hopefully that trend continues."

Overall Canada and the U.S. are first and second in scoring efficiency, and Team USA owns the tournament's best power play and penalty kill. Special teams came up big against Czech Republic and will be vital Thursday again.

In goal the U.S. has arguably the best goaltender in the tournament in John Gibson. Canada's Malcolm Subban claimed round one in the preliminary game, but that close battle was not lost in the goaltending department by Team USA. Most fans are expecting another goaltending showdown.

Canada's star Ryan Nugent-Hopkins leads all scorers with 11 points (three goals, eight assists) and scored a goal against Team USA earlier in the tournament. His playmaking abilities and talent for finding open space will be a key area of focus during U.S. coaches and players meetings Thursday morning as they prepare for the game.

One factor that as been noted by media at the game is that the Russian crowd seems to favor the U.S. over Canada. Late in the preliminary round game with Team USA trying to rally down 2-1 in the third, the Russians briefly started a "USA" chant and then their traditional "Shaibu" chant saved for their national team. The Ufa Arena can be loud and could provide the big game atmosphere that can propel this game to an even bigger stage.

The game will be aired live on NHL Network-U.S. and on NHL.com at 4 a.m. ET. Fans can also follow a live game blog and join the conversation on USAHockey.com.