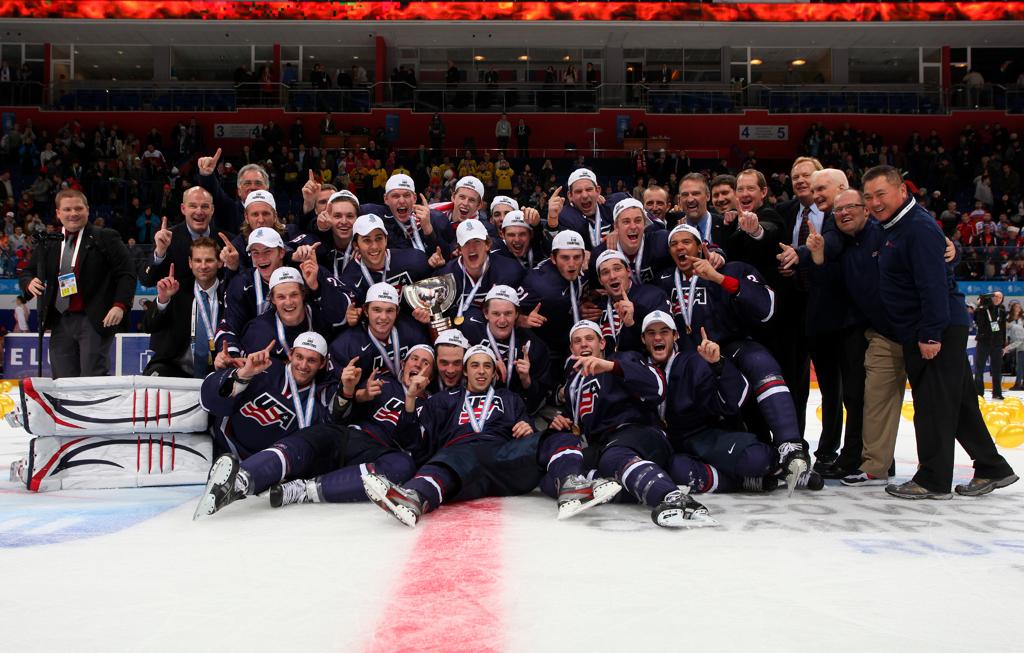 "I couldn't be more proud of our players and staff," said Phil Housley, head coach of the U.S. National Junior Team. "And I'm also really happy for hockey fans in our country. This was a total team effort throughout the tournament. It was a very difficult challenge tonight against an excellent Swedish team. We had a terrific experience here and I'd like to thank the Russian Hockey Federation for being an excellent host."

The teams combined for 18 shots on goal in the opening period, including 11 by the U.S., but neither could find the back of the net.

The second stanza included three of the four goals in the game. Sweden scored what proved to be their only goal of the contest at 1:09 on the power play. Just more than six minutes later, Team USA pulled even. Patrick Sieloff (Ann Arbor, Mich./Windsor Spitfires) fed Rocco Grimaldi (Rossmoor, Calif./Univ. of North Dakota) standing beneath the goal line. Grimaldi skated out into the left circle, spun around and fired the puck on net from a difficult angle. It squeezed in between Niklas Lundstrom's right arm and the right post for the goal. Grimaldi struck again at 10:27 to give the U.S. the lead for good. Jacob Trouba (Rochester, Mich./Univ. of Michigan), who earned the directorate award as the tournament's best defenseman, launched a long wrist shot that deflected off Grimaldi and into the back of the net. 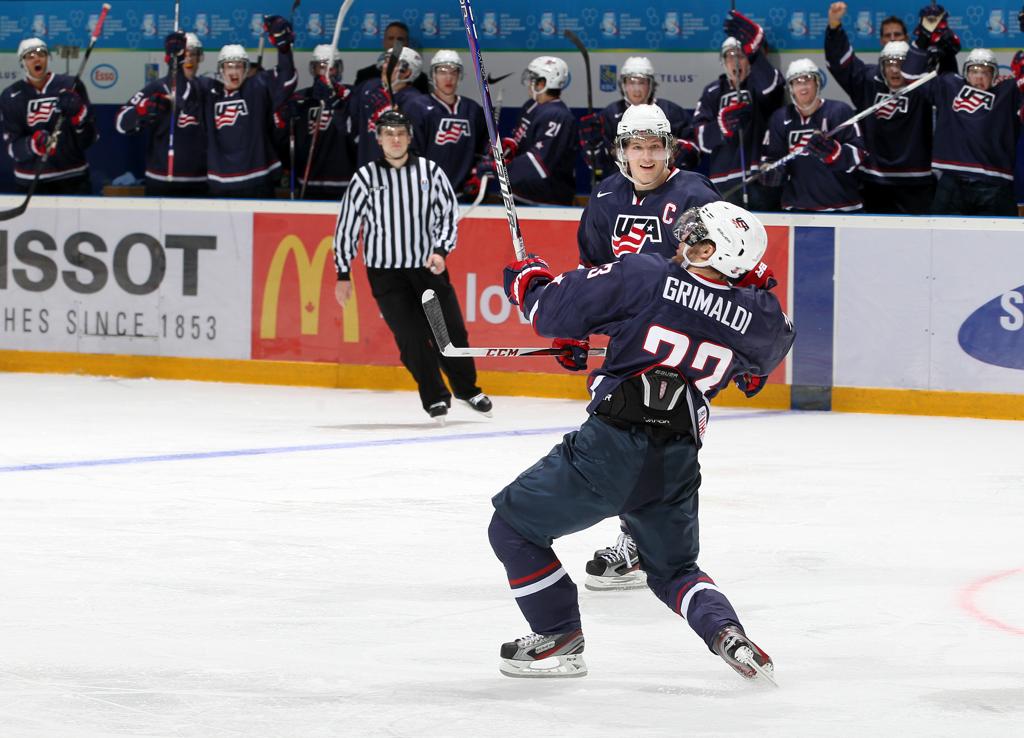 The final frame included good scoring chances for both teams. U.S. netminder John Gibson (Pittsburgh, Pa./Kitchener Rangers), who was named the tournament's most valuable player, had eight saves in the third period, including a sensational stop on Viktor Arvidsson's wrap-around attempt five minutes into the stanza and an impressive save from the side of the left circle off Sebastian Collberg's stick with just less than six minutes to play. With 16 seconds remaining, Vince Trocheck (Pittsburgh, Pa./Saginaw Spirit) put the puck into an empty net goal, after an up-ice feed from J.T. Miller (East Palestine, Ohio/Connecticut Whale), to secure the gold medal for Team USA.

Gibson, who finished the tournament with a 1.36 goals against average and .955 saves percentage, stopped 26 shots for the U.S. in the win, while Lundstrom turned aside 31 shots for Sweden.

NOTES: Rocco Grimaldi was named the Player of the Game for Team USA ... The U.S. has won gold at the IIHF World Junior Championship three times (2004, 2010, 2013) ... John Gibson, Jacob Trouba, Jake McCabe, and Johnny Gaudreau were named to the 2013 IIHF World Junior Championship Media All-Star Team ... Gibson, Trouba and Gaudreau were named as the top three players for Team USA of the tournament ... Gibson was named the best goaltender of the tournament by the directorate. He is the sixth U.S. goaltender to win that honor (Jack Campbell-2011, Al Montoya-2004, Rick DiPietro-2000, Mike Dunham-1992, Alan Perry-1984). Gibson's .955 save percentage established a new single tournament U.S. record at the IIHF World Junior Championship (previous mark was .944 by Al Montoya in 2004). Gibson's 1.36 goals against average was just short of setting a new U.S. record held by Al Montoya (2004) and Rick DiPietro (2001) at 1.33 ... Trouba is the third U.S. blueliner to earn the directorate award as top defenseman (Erik Johnson-2007, Joe Corvo-1997) ... Gaudreau led the tournament with seven goals and tied for fifth in points with nine. J.T. Miller had seven assists in the tournament, which tied for second. The U.S. had the top three point-getting defensemen in the tournament, including Trouba (4-5--9), Seth Jones (1-6--7) and captain Jake McCabe (3-3--6). Gibson's 1.36 goals against average and .955 save percentage both led the tournament ... For the most thorough coverage of Team USA at the 2013 IIHF World Junior Championship, click here ... Phil Housley (South St. Paul, Minn.), head boy's ice hockey coach at Stillwater (Minn.) High School, was the head coach of the 2013 U.S. National Junior Team. He was assisted by Mark Osiecki (Columbus, Ohio), head men's ice hockey coach at Ohio State University, Grant Potulny (Minneapolis, Minn.), assistant men's ice hockey coach at the University of Minnesota and David Lassonde (Denver, Colo.), assistant men's ice hockey coach at the University of Denver ... Jim Johannson (Colorado Springs, Colo.), USA Hockey's assistant executive director of hockey operations, served as the general manager of Team USA for the fourth consecutive year. Tim Taylor (Guilford, Conn.) was the director of player personnel ... Use the hashtag #USAWJC to join the conversation on Twitter.